Edie Parker designer Brett Heyman has launched a spin-off line of cannabis implements inside her Upper East Side boutique. 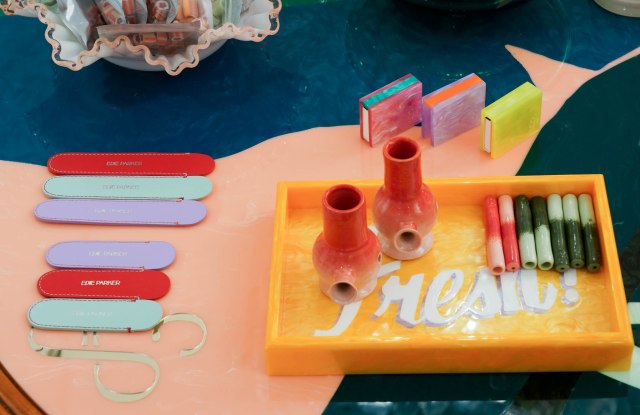 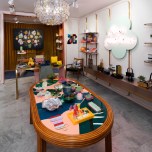 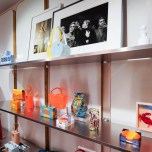 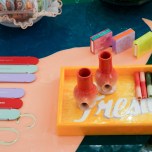 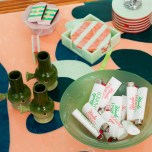 As weed culture continues to proliferate throughout the country, it has now landed in the most unlikely of places: New York’s Upper East Side.

“Amongst Upper East Side moms, TriBeCa moms, having a little bit of vape or flower is replacing a 5 o’clock wine,” accessories designer Brett Heyman, founder of the Edie Parker label, told WWD inside her Madison Avenue store.

As of today, Heyman — who built her brand with $2,000 customizable acrylic evening bags — will operate her boutique as a high-fashion head shop. She has launched a spin-off line, Flower by Edie Parker, dedicated to luxury smoking implements.

“I’m not at all concerned about neighbor response; we’ve heard nothing so far,” Heyman said, dismissing her notoriously stuffy surroundings.

“I started selling home accessories in 2016 and was thinking about other categories to expand into,” the designer said of her push into the world of cannabis. “I thought about how I entertain, and how weed is becoming a more accepted and legal part of entertaining life. There is not something that looks like this, it’s usually really masculine or metal-heavy and I myself wanted to use something more feminine.”

Selling with a direct-to-consumer model has enabled Heyman to offer “a lower price point, everything is under $500.” She has teamed with ceramicists in Nashville; glassmakers in Oregon, and assorted production facilities in Italy to create the unconventional wares.

Heyman said she has no plans to apply for a medical dispensary license in New York. Instead, she has gone where the grass is greener, so to speak. Extensive research in California’s vast dispensary landscape inspired Heyman to launch three marijuana strains of her own. Flower by Edie Parker cannabis will be available in Los Angeles through the Emjay “premier delivery service,” beginning next week.

The three strains — cherry cheesecake indica, pineapple rising sativa and banana jam hybrid — are all produced by sustainable distributor Flow Kana and will arrive in cheerful striped boxes and colorful glass jars, priced at $25 per gram.

“You go into the dispensary and they look like old time-y apothecary shops, not many look really feminine or elevated in terms of packaging. I like to go shopping and be attracted to something on the shelf and nothing stylistically fit into that,” Heyman said of her West Coast herbal ambitions.