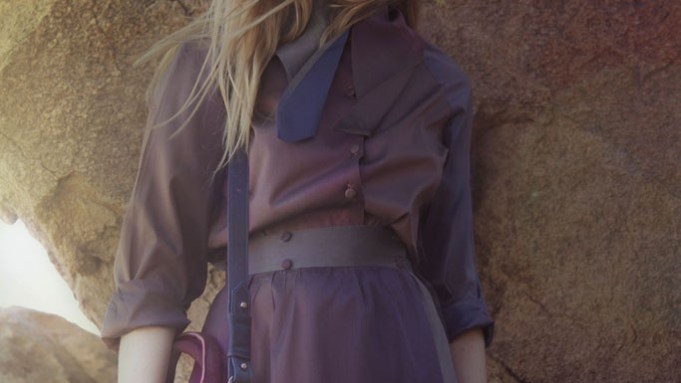 NEW YORK — There was little in between at Capsule and AccessoriesTheShow.

At Capsule, which took place last month at 299 South Street, buyers flocked to well-known brands offering something a little different.

According to Eddie Marquez, sales agent for Albertus Swanepoel and Billy Reid, buyers were “item-driven,” yet still snapping up late-season purchases.

“The show gets better every season, but buyers are still buying close to season,” he said. “Budgets are still tight.”

At Billy Reid, what Marquez called “novelty items,” such as a cream-colored herringbone double-breasted blazer, sold well, as did a basic pair of chinos priced “reasonably” at $155.

“Customers are still looking for value,” he said, explaining that seasonal items such as summer dresses and sandals “have been fantastic.”

Similarly, at luxe milliner Swanepoel, buyers from Japan, New York and California were still buying beach hats, even though summer had already drawn to a close.

“Buyers are looking for something special,” said Timo Weiland, designer of his namesake line. “Our sweet spot has been between $200 and $700 retail.”

Weiland noted that clothes priced above $700 were selling, adding, “People are willing to pay for special things. They aren’t price-conscious if there’s novelty.”

The designer pointed to a floral print dress with a sheer black pane at its midriff, which retails for $595, as an example.

Across the showroom floor, Web-based accessories marketplace Etsy introduced its wholesale concept to buyers. Although buyers would have to fill their orders on Etsy’s Web site, the company introduced a smattering of new home and accessories designers to passersby. The event allowed buyers to see a capsule collection of Etsy’s wholesale offering in person for the first time.

“The designers are pre-vetted. They represent the best of the best in the independent market,” said Etsy program manager Rand Niederhoffer, who referenced a host of small leather goods and handbags made by designers based across the U.S.

Collections varied in price from $8 up to $400, depending on the brand, but the theme that remained throughout was the tie to American-made product.

Nearby, jewelry designer Jennifer Sarkilahti, who was not part of the Etsy Capsule, agreed, underscoring the importance of her company’s location as instrumental to her brand’s DNA.

“We’re based in Greenpoint in Brooklyn,” she said of her company, Odette New York. “Everything is hand-carved and made here.”

With price points ranging from $150 for recycled silver and brass baubles to $800 for jewelry in 14-karat gold with white and black diamonds, Odette sells to boutiques, as well as to larger retailers such as Anthropologie and Steven Alan.

According to Sarkilahti, stackable rings and cuffs, triangle-shaped and midfinger rings are still popular, but she’s taking her collection in a more “architectural, geometric” route. This translates to earrings, pendant necklaces and rings displaying bolder, sharper shapes in hammered brass, silver and 14-karat gold.

At AccessoriesTheShow at the Jacob K. Javits Convention Center, exhibitors stayed true to many of the preexisting trends.

Case in point, at Printed Village, a value-centric Boston-based scarf company, buyers tended to snap up vibrant scarves with animal or skull designs that retail for $24 to $38 each.

The skull pattern made popular by Alexander McQueen appeared more than once at the trade show, and even though Printed Village cofounder Jason Faulkner noted the trend was “on the way out” for scarves, it still occupied a corner of the company’s booth.

A row over, Anne Touraine Paris, a company that sells silk scarves made in France, sold scarves priced between $130 and $280.

“There is a demand for scarves,” company founder Anne Touraine said, referencing collections from Prada and Miu Miu. “There’s a story behind all of my scarves.”

The majority of Touraine’s scarves, which are handmade in Lyon, France, showcase a design that encapsulates a moment or an event. While this element is similar to scarves produced by Hermès, Touraine underscores that her scarves are “50 to 60 percent less expensive.”

While price still plays a large factor in purchases, storytelling is vital.

Cassie Ebner, a representative for Butik, a Los Angeles-based showroom, said buyers are looking for brands with a “message.”

One such brand is Faire Collection, which is made by artisans in Ecuador, Vietnam, the Amazon, Peru and Swaziland. The global fair trade brand uses sustainable materials such as coconut shell, acai, upcycled bullhorn, tagua and pambil to create oversize, colorful cuffs, necklace, earrings and rings. The company, which makes private label for Anthropologie, keeps retail prices under $100, in general.

“Trends last for a second today,” Ebner said. “Finding that balance between unique and new is important.”