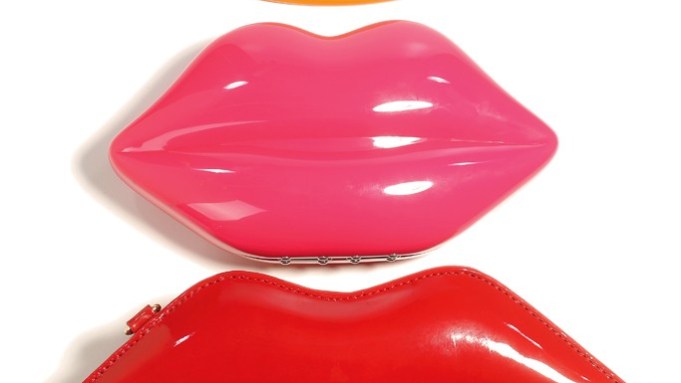 A kiss here, a handprint there. Surrealist motifs are in constant circulation in fashion, yet they appear to have surfaced as a trend in the accessories market for fall. Among the fashionably weird is Arfango’s black pump with the lower half of a woman’s body for the heel; Delfina Delettrez’s manicured finger earrings; Diane von Furstenberg’s Dalí-like clock and face bags; Nicholas Kirkwood’s bootie emblazoned with a woman’s face with a ponytail hanging from the zipper, and, lastly, lips — lots of lips. The latter appear on Alber Elbaz’s necklace for Lanvin, Sonia Rykiel’s brooches and bags by both Lulu Guinness and Aldo. Whether these designers’ Surrealist vision has anything to do with the upcoming Metropolitan Museum of Art’s Costume Institute exhibition “Schiaparelli and Prada: Impossible Conversations,” the two certainly dovetail nicely.

Kirkwood acknowledged that he had Schiaparelli, who made shoes out of human hair, in the back of his mind when designing his collection. But he was also thinking of Paris in the Twenties in general. “It’s a little bit like ‘Midnight in Paris,’ ” says Kirkwood. “I used a little bit of Jean Cocteau and Chanel and Picasso to conjure up a romantic vision.” As for Delettrez, she often tends toward Surrealist elements. “I have always been obsessed by anatomy,” she notes. “I started in my second collection with the eye and moved on to skeleton hands. I don’t like to abandon things.” Her Iced Touch earrings (on the cover) are made from pure white marble from Carrara, Italy, which Delettrez chose because it is veinless. Blue teardrop-shaped stones fall from the finger tips. “Living in Rome, I’m inspired by statues,” adds Delettrez. “The fingers are the fragile part of the statues — you always see statues that are missing fingers, so in my head the earrings are the missing fingers from the statues.”

Von Furstenberg says her “fetish” bags, circular wristlets that feature eyes, lips and a clock face (cover), weren’t directly inspired by the Costume Institute exhibition, “but Surrealism is certainly in the air right now,” she says. “We hinted at it for spring in our ad campaign but in a more playful way with the mirror over her face. For fall, I think it is slightly darker and more intriguing, like an undercurrent. Fashion has always been about creating beautiful illusions.”