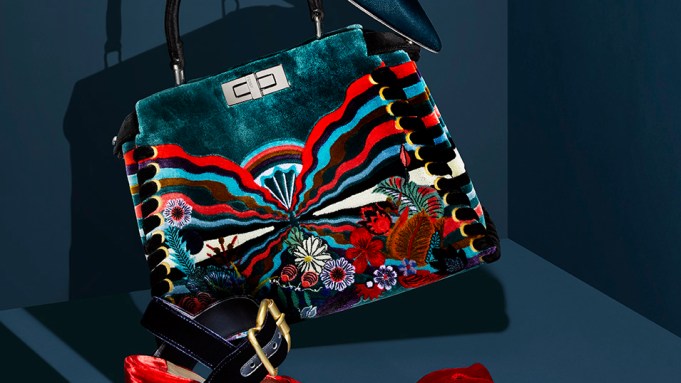 On the calendar, summer still has a few weeks of life left, but fashion is well onto the next season. Retailers are already under way with their cold-weather message for fall. Fall’s accessories have been on selling floors since mid-to-late July — and pre-fall even earlier, hitting floors starting in late May. A number of bag, boot and shoe trends have started to emerge as the strongest for the season. WWD checked in with top retailers who reported on some of the season’s most popular items so far.

Velvet and modern flats were the leading trends and styles at several stores, with Neiman Marcus, Saks Fifth Avenue and Bloomingdale’s all naming them as strong trends. Roopal Patel, senior vice president and fashion director at Saks, said, “Velvet is emerging as a transitional fabric and not just for the holidays. It’s especially popular for its rich, saturated colors.”

Gucci still ranks for many retailers as the most popular accessories brand. Harvey Nichols said it is still the most sought-after brand, while Saks and Net-a-porter also cited the Milan-based house as a leader in fall accessories sales. There seems to be no slowdown on the brand’s signature flat slide, or even versions of its fabled loafer, such as the one Net-a-porter carries in simple black or red leather.

Barneys New York is getting a good response to its two exclusives in accessories: the re-launch of American luxury leather goods brand Ghurka and Maison Mayle by Jane Mayle. Harrods is finding success with Manu’s Pristine box bag in red leather and python, as well as Chloé’s Faye bag fashioned in various colors and patterns exclusively for the London retailer.