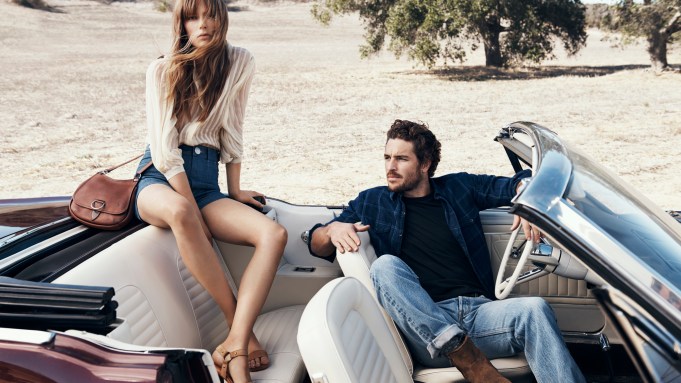 The Frye Company is proud of its 153-year-old heritage. So much so that during an interview with Adrienne Lazarus, the company’s relatively new chief executive officer (she joined in May, and prior to that was president of Intermix from 2009-13) and Dow Famulak, president and coo of Frye’s parent company Global Brands Group, hardly a point could be made without invoking the words “heritage,” “authenticity” and “legacy.” Those are power terms in the marketing lexicon and Frye intends to leverage them as it refreshes its image over the course of 2016. As important as history is, a brand can’t live in the past.

“What does every great heritage brand do to stay relevant and modern?” asked Lazarus, during a meeting in Frye’s New York showroom. “When you’re 150 years old, there has to be a constant iteration. This is the appropriate time to take the next step forward and ask what is that fresh feeling today?”

To help answer that question, Lazarus hired creative agency Wednesday Group to redesign the company’s logo with a new tagline, “The Original Craftsmen of American Footwear,” which launched this week, as well as new packaging set for fall. The spring campaign was shot by Lachlan Bailey and styled by Melanie Ward.

The updated branding comes on the heels of a retail expansion last year with four new stores opening in 2015 in Dallas, Texas; Washington, D.C.; Roosevelt Field in Long Island, N.Y., and Atlanta, Ga., for a total of eight free-standing stores. There are three more potential stores planned for 2016 in Austin, Texas; San Francisco, Calif., and Nashville, Tenn.

Frye’s Midtown Manhattan showroom is decorated with pictures of the ultrafamous wearing some of the brand’s most well-known styles — John Lennon in the Harness boot; Jackie Onassis in a riding boot. An anecdote from the company history: In 1938, the grandson and namesake of founder John A. Frye’s made a pair of custom boots for a U.S. Navy Rear Admiral — the Jet boot — which was subsequently purchased by thousands of American servicemen.

Similar styles have always been part of the collection and for fall, Frye is updating and packaging them as the Modern Icon collection. It includes six women’s and six men’s styles that have been mildly redesigned to reflect current aesthetics.

Going forward, Frye is looking beyond footwear, hoping to build on its handbag offer, as well as belts and potentially get into other categories. “We’ve spoken to a lot of consumers over the last several months,” said Famulak. “They’re aggressively saying to us, ‘You have quality craftsmanship and an amazing history as a footwear business. We’d really like to see Frye as a lifestyle brand.’ That’s what we’re working on.”

Lazarus noted that focus groups also yielded support for expansion into leather outerwear and possibly denim, though there are no concrete plans for either yet.