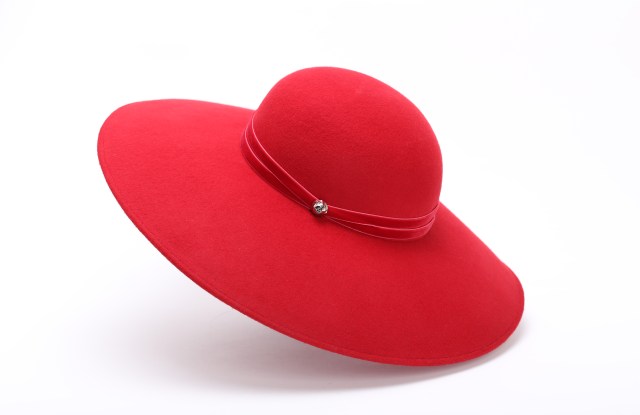 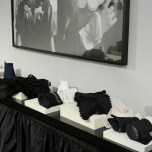 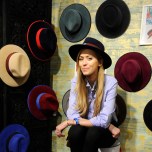 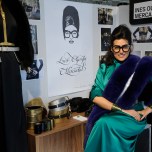 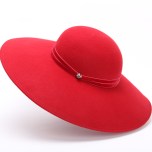 Organizers declined to provide visitor numbers, but reports of slow traffic contributed to a patchy mood among vendors. “We’ve gotten a lot of interest but we’re following everybody up with line sheets so it seems slow, and we’re hearing from other accounts it’s slow,” said newcomer Nicole Parker King, creator in chief of the New York-based jewelry label Jet Set Candy.

Kimberley Hugonnet, who heads up Paris-based trend forecasting agency La Parisian, said the micro bag is still a force. “It’s still something I’m seeing across the board with touches of novelty, be it patches, fur or some kind of detail on the strap.” For jewelry, “the main thing I’ve seen is the idea of the modern collar, simple designs inspired by Northern Europe — Danish-style, Swedish-style — with mixed metals: gold, copper and silver.”

“For me, the salon lacked in direction and interesting new brands,” said Ayaka Fukiage, accessories buyer at United Arrows, lauding selections at independent showrooms like Rainbow Wave, Paper Mache Tiger and Valery Demure. She noted that United Arrows is placing a lot more emphasis on the fine jewelry category, which has seen an increase in sales.

Nicola and Orlando Reindorf, cofounders of multibrand boutique The Standard Store, which has sites in Melbourne and Sydney, were frustrated by the dearth of cross-seasonal product. “Everyone marvels about the wonders of the Internet and selling to a global audience. The reality is designers are still very much stuck in a North European, North American, Northern Asian mind-set. Winter is incredibly wintry,” bemoaned Orlando Reindorf.

Busy stands included woven leather goods brand Dragon and Catherine Osti, who launched her namesake line of decorative cuffs, collars and mittens after a decade spent working in Chanel’s couture ateliers. “They are so beautiful and the presentation is gorgeous,” said Roisin Donnelly, owner of Belfast-based concept store Real.

Heritage milliner Poupard et Delaunay, founded in 1811, which started out as the official supplier of Napoléon Bonaparte’s bicornes, recently relaunched. Its director and designer Charlotte Langlois-Dalili presented made-in-France berets and felt hats with details inspired by the bicorne’s braids, military buttons and rosettes.

Atelier Paulin, meanwhile, a specialist in bespoke message jewelry made from precious-metal wires looped by hand to form words, had an on-site artisan sculpting personalized bracelets. The brand is planning an atelier for New York’s Museum of Arts and Design in April and has collaborated with Causse on a capsule of black leather mittens decorated with words inspired by palm reading such as “love,” “luck” and “destiny.”