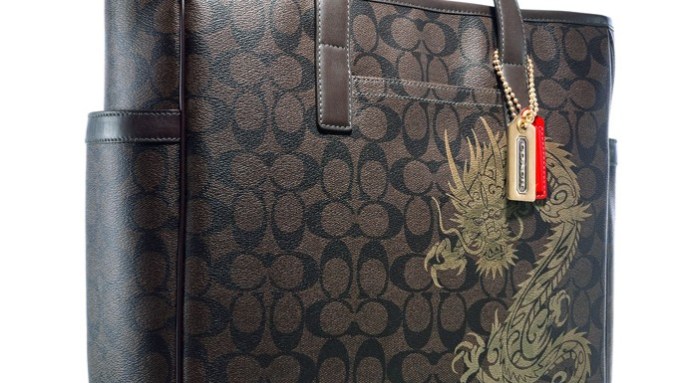 SHANGHAI — Luxury brands always try to cash in on Chinese New Year with special products and 2012, the year of the dragon is no different.

The dragon is particularly auspicious in Chinese culture — the mythical animals traditionally symbolize emperors and those born under the sign are believed to be natural leaders. So it’s no surprise to see the creatures popping up all over products being sold in China, on everything from handbags to watches, and even luxury cars. Chinese New Year festivities kick off Monday.

Bryan Kan is the General Manager of Shanghai Centre, a high-end retail and lifestyle hub in downtown Shanghai with tenants including Tom Ford, Miu Miu, Salvatore Ferragamo and Christian Louboutin. He told WWD these special editions are part of a “second phase” of luxury consumption in the country.

RELATED STORY: Tapping Into the Market of the Chinese Mega Rich >>

“The first phase is all about the bling, bling — everything has to say Gucci or [Louis Vuitton] on it. And now we have the second phase, where people are saying, ‘Yeah, I want LV and I want Gucci, but I want special edition LV or Gucci. I want the bag that still says LV, but there’s something different about it,'” Kan said.

By the first week of January, Rolls-Royce had already sold out of its Year of the Dragon Phantom model, produced in lucky red, with dragon-emblazoned wheelbase, embroidered headrests, and hand-stitched cushions for rear passengers. It sold for 7.4 million renminbi, or $1.2 million. (All dollar prices are converted at current exchange rates.)

Coach has teamed up with Chinese street artist, Zhang Lan, to produce an entire range of dragon-adorned goods made in logoed canvas with leather trim. The Coach x Zhang Lan line includes a tote, passport case, travel wallet and travel organizer priced from 1,900 renminbi to 5,450 renminbi, or about $300 to $864.

Versace, meanwhile, is celebrating with a limited-edition handbag made of black fabric or red python. The bags, covered in a gold dragon print, feature brushed gold chain handles and charms. The black bag, of which there are 210 pieces worldwide, sells for 31,800 renminbi, or $5,045. The more exclusive python model, of which there are only 60 pieces, retails for 45,000 renminbi, or $7,140. Both bags are sold exclusively in Asia.

Luxury watchmakers have also gotten in on the act, with Swiss company Piaget offering a series of dragon watches with engravings, cloisonne or enamel detailing. The highest-priced watch in the collection is the Altiplano Double Jeu, which sports a white-gold, three-dimensional, hand-engraved imperial dragon with rubies for eyes, encased within sapphire glass and surrounded by 38 brilliant-cut diamonds. It costs 2.4 million renminbi, or $380,000.