WWD visited the Roosevelt Field Mall the weekend prior to Christmas, to observe what shoppers were wearing and buying. 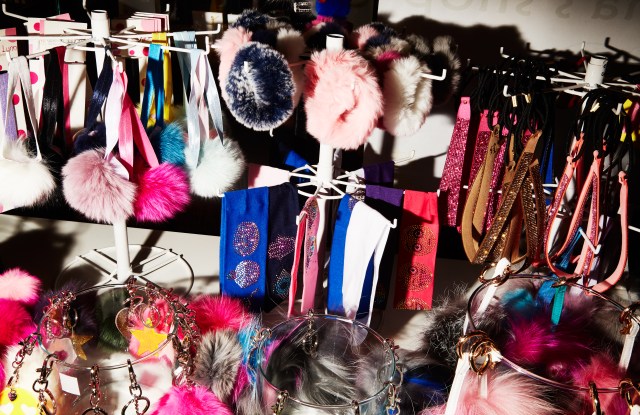 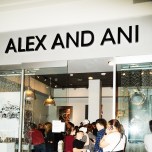 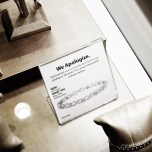 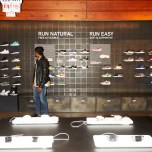 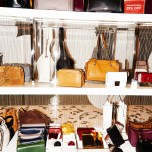 NEW YORK — Glancing at the accessories worn and purchased at the Roosevelt Field Mall in East Garden City this past weekend, it was clear that the center’s mass of consumers prefer what’s practical and versatile — or trendy and cheap.

While high-end market experts from retailers like Bergdorf Goodman and Matchesfashion.com feel that accessories are veering in an embellished, individualized direction, the same could not be said of what was observed Sunday afternoon at the mall. Out in full force for last-minute gifts and to avoid rainy, windy weather conditions, shoppers were largely dressed in leggings, sweatshirts and Ugg boots or Toms slippers. Cross-body minibags and wristlet styles appeared to be the most popular purse styles.

With brand boutiques and department stores marked down at up to 50 percent in the crux of the holiday shopping season, budget-conscious shoppers appeared to gravitate toward necessities rather than novelties.

Judging from the styles displayed on shelves and racks, it would appear that neutral tones and simple shapes were the most popular. More luxe merchandise (such as Vera Bradley’s leather collection), directional shoe designs (platform disco heels from Saint Laurent and rhinestone flats by Valentino at Neiman Marcus) and novel embellishments (sequined Saffiano bags at Michael Kors) comprised the majority of markdowns.

The busiest stores seen were Hollister, Alex and Ani and Pandora — all of which attracted a queue, sometimes a dozen people deep. Shoppers lined up at Alex and Ani told WWD they had already put merchandise on hold for fear that it would sell out, and were simply waiting to pick it up.

The shoe department at Macy’s was flooded with eager shoppers, spreading salespeople’s attentiveness rather thin. The store’s footwear merchandise was largely neutral-toned and practical — either versatile day-to-night styles, or flats. Booties with a curt heel remained popular. Tables with more trendy styles — like velvet platform sneakers by Steve Madden — were less trafficked.

The shoe chain Journey’s was heavily promoting Converse Chuck Taylor high-tops, with a window display rack of brightly colored editions. The design has been making the rounds on Japanese style blogs — particularly in the bubblegum-pink colorway — and teens in the store appeared to be feeling a similar mood.

While trainers, such as performance styles by Asics, appeared to be popular among mall shoppers, the sneaker department at Nike’s store was very quiet. The Coach store also seemed subdued, with many of the shoppers polled saying they were unaware of the brand’s repositioning under creative director Stuart Vevers.

Novelty treatments like hologram foils, sequins and fur pom-poms were seen at Coach, Robin’s Jeans and the Bari Lynn pop-up at the mall’s Urban Space market. While perhaps popular with a fashion-forward shopper, it was solid matte leather styles by those brands that were the most widely received. That said, Hot Topic’s pseudo-renegade teen audience appeared to appreciate anime caricature backpacks.

Providing a counter to this more beige preference, costume jewelry in various trendy fabrications remained popular. Stores like Alex and Ani, as well as Accessorize and Claire’s, were mobbed with shoppers grabbing fistfuls of chokers, kitschy stud earrings, and bangle bracelets.