Chunky boots are edging out sneakers in Milan.

By Stephanie Hirschmiller on January 14, 2020

The atmosphere at the Jimmy Choo's Men's Fall 2020 presentation.

The inspiration in Milan ran the gamut from David Bowie at Giuseppe Zanotti to Bruce Lee at Jimmy Choo, with chunky boots edging out sneakers. Once again, designers leveraged Italian craftsmanship with an eye on novelty and precious hides.

Giuseppe Zanotti showed Chelsea boots with Plexi heels and wedge sneakers for the men’s fall season. The heels, done in both clear and fuchsia iterations, were paired with classic English Chelsea boot uppers. Meanwhile, the sneakers, dubbed the Talon since they bear a motif like an eagle’s claw, have a hidden interior wedge. The designer said they were inspired by the late David Bowie: “He has been my idol for a long, long time, and I love a wedge heel, so I put a wedge inside so everyone can touch Mars. This is my formula.” High-top versions of the shoe are available as a special see-now-buy-now preview in Zanotti’s Milan flagship. The full lineup will drop Feb. 10. “Splitting men’s and women’s doesn’t make sense any more,” he said of the genderless movement, noting that most of his label’s styles have been created for both sexes. In fact, he credited the sneaker universe for helping advance genderless footwear. “Sneakers helped us to discover a new planet,” Zanotti said. “Now we can do formal in a new way, too.” 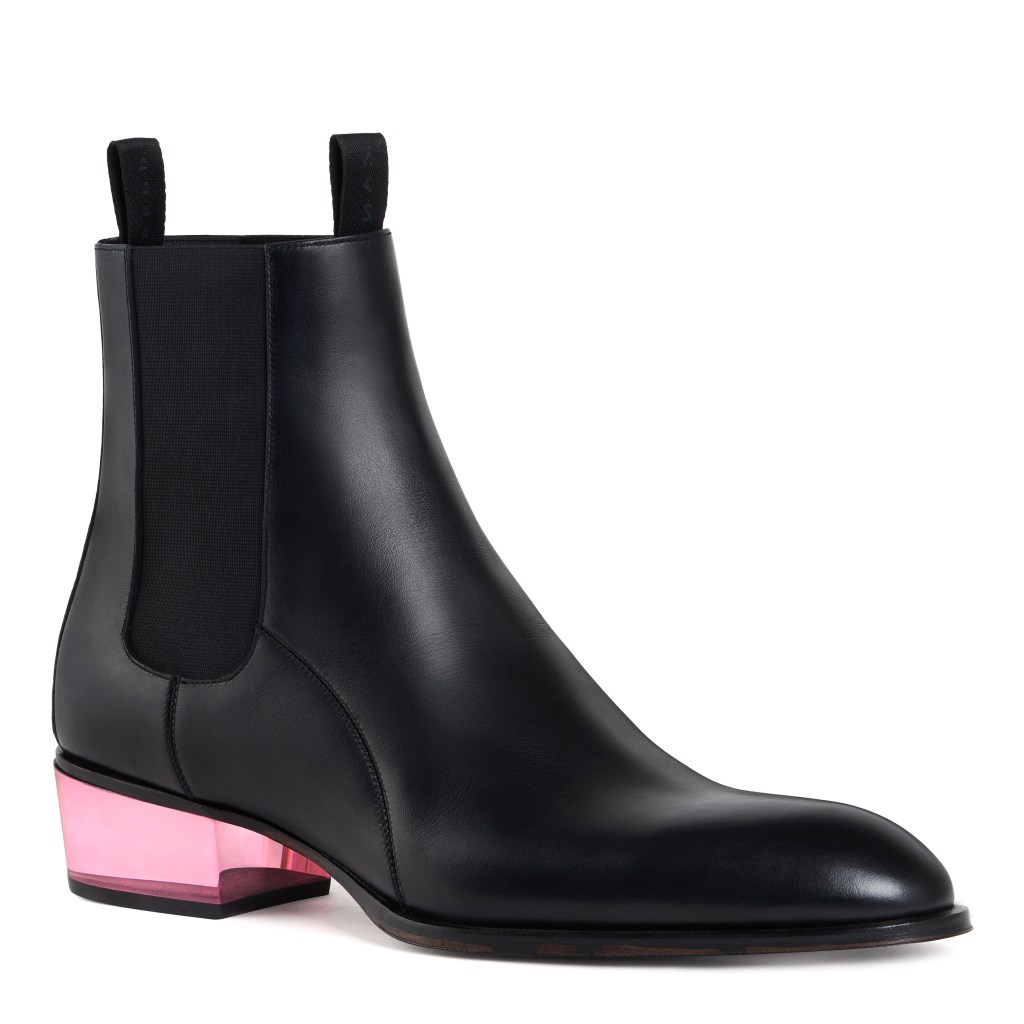 Jimmy Choo’s fall 2020 collection celebrated cultural exchange between the East and the West, letting martial arts legend Bruce Lee serve as a muse. The hero shoe was a kung-fu-inspired slipper done in a custom toile de jouy jacquard, aptly dubbed Toile de Choo. It fused the traditional French storytelling fabric with motifs from Chinese art. “It’s the quintessential Chinese shoe,” said creative director Sandra Choi. “I was recently in Beijing and saw how young people wear them and they looked so cool. It was refreshing.” Elsewhere, the line featured Western boots with Cuban heels. Choi certainly has form here. As well as making the heeled boots Billy Porter wore to the Footwear News Achievement Awards last month, she did the custom white crystal boots he wore at last week’s Golden Globes. Also with the red carpet in mind were ornate bejeweled slippers and brogues with tiny red crystals etched around the soles. Red is a lucky color in Chinese tradition and Jan. 25 heralds Chinese New Year, the Year of the Rat — which, ironically, is also Choi’s birth year. This collection marked an auspicious start. 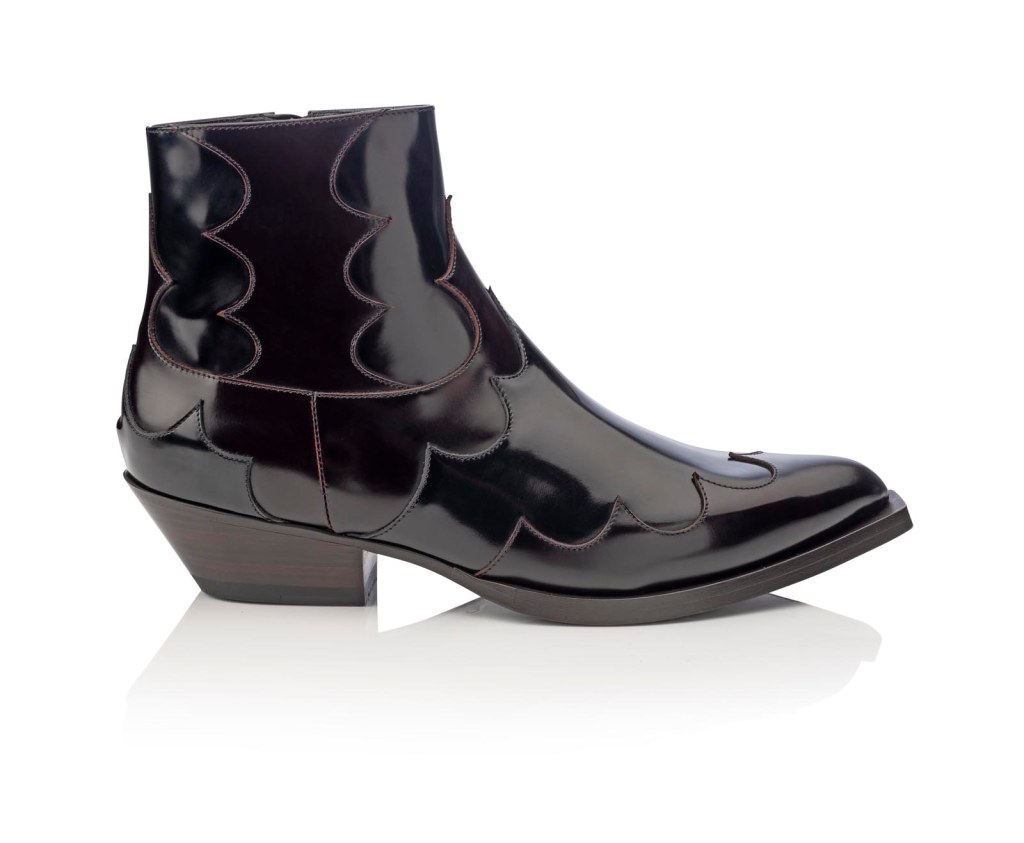 Church’s, the Prada-owned British brand, has added a range to its footwear lineup for fall. In keeping with the “dad shoe” trend comes the square-toe Elborough, as both a lace-up shoe and a boot; the styles feature sturdy grained calf leather in burnt brown and burgundy colorways. However, while it may feel contemporary, it takes its cues from the brand’s archives and similar styles produced in the Eighties. The models feature the brand’s signature Goodyear welt construction. Also new for fall is a rugged mountaineering-style boot showed with jaunty red laces. The collection premiered at a cocktail party in a Milan bar, which was turned into a swanky gentlemen’s club for the evening with Negroni cocktails, a saxophonist and a shoeshine station. 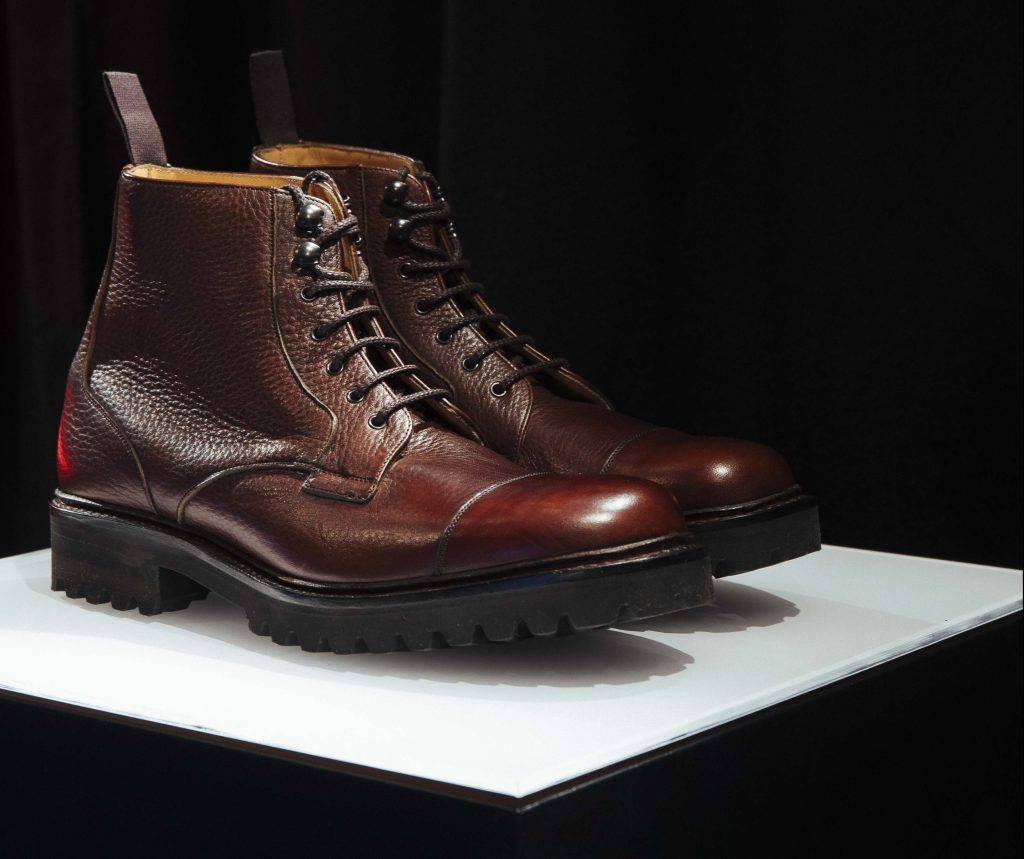 Fall 2020 was a tale of two halves showcasing two major trends at Philippe Model Paris: Super Pop and Ultra White. The former has saturated neon accents and printed inserts, while the latter will appeal to sneaker purists. One seasonal standout: the Royale runner. The collection will be sold at the brand’s flagships in Europe and Asia, at multibrand retailers internationally and through its e-commerce channel. The label was acquired in 2016 by private equity group 21 Invest, which is run by Alessandro Benetton of the Italian clothing family. 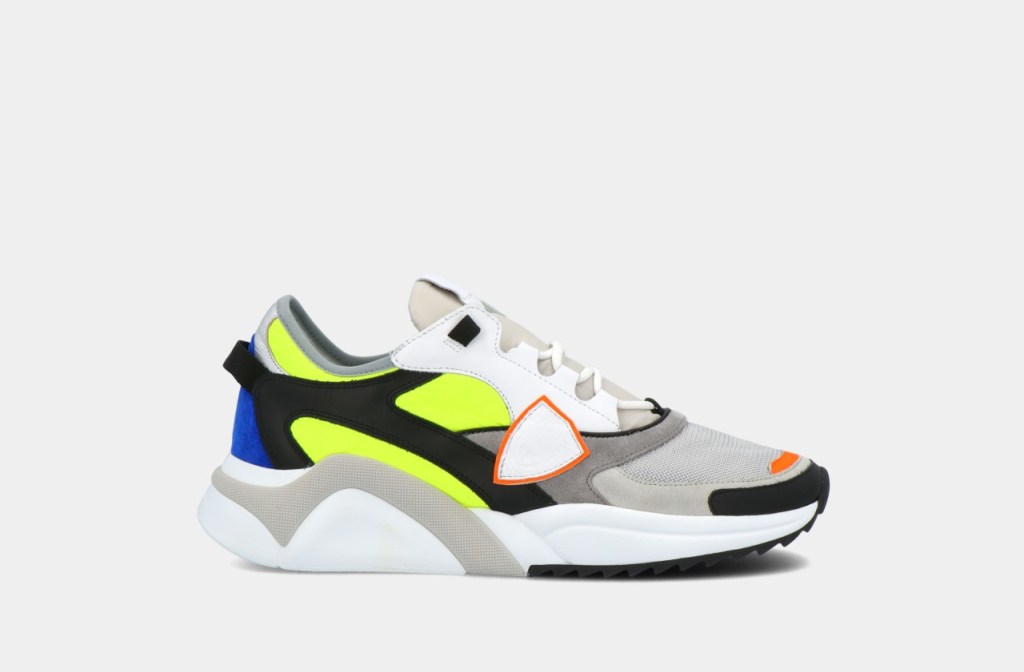 Big news for Santoni is the new Santoni Rethink project. It features sneakers, boots, a tote and a backpack entirely made of nylon obtained from ocean waste plastic, eco leather and rubber recycled from urban garbage via a chemical process that changes it to rubber polymer. Water-based glue is used throughout and even the hardware on the bags is recycled. The collection, for men and women, will be delivered April 22 on Global Earth Day when it will launch online and in Santoni’s stores and at Saks Fifth Avenue in New York. But this isn’t just about paying lip service to the climate crisis, said chief executive officer Giuseppe Santoni. “The company has always been very green.” Thanks to a project started in 2008 the 3,000-square-foot headquarters and factory have more than 8,000 solar panels on the roof which produce four megawatts of electricity a year. “This is more than we need for our lighting, heating, air-conditioning and machinery put together,” he said, “so we produce all the energy we use.” Even when it comes to Santoni’s more regular production, the company uses only vegetable leather tanning for patinas — newly interpreted for fall 2020 in bright tones of electric blue and fuchsia. Also new for fall are multimaterial runners and basketball style high-tops. The presentation featured a chess theme with giant chessboards, oversize knights, pawns and queens. The concept, said Santoni, will be translated into pop-ups at major department stores around the world in Europe, the U.S. and Asia. 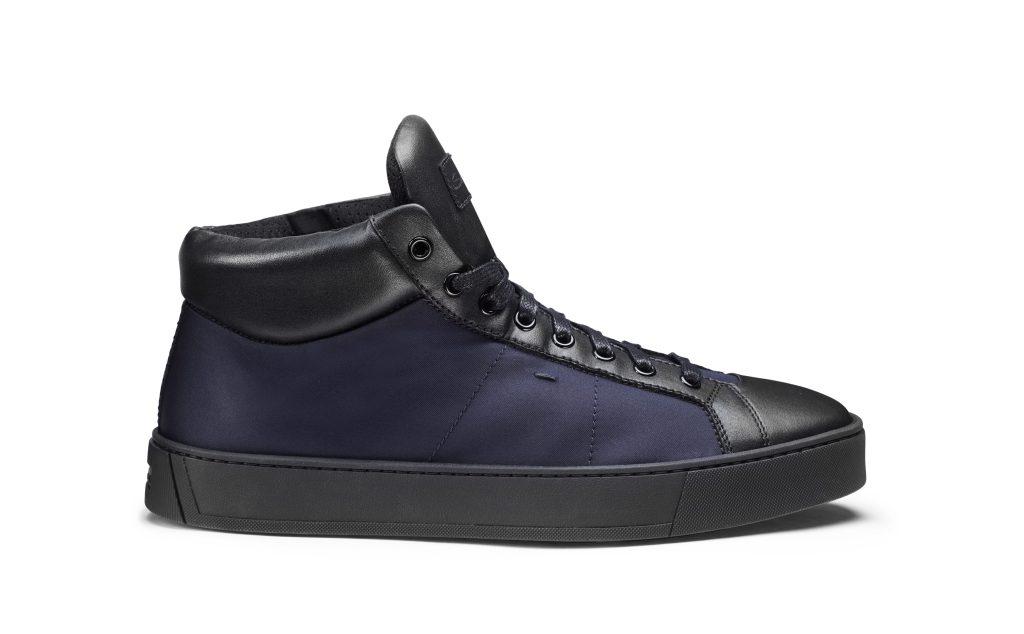 The Santoni Rethink sneaker made its debut for fall 2020.  Courtesy Photo.