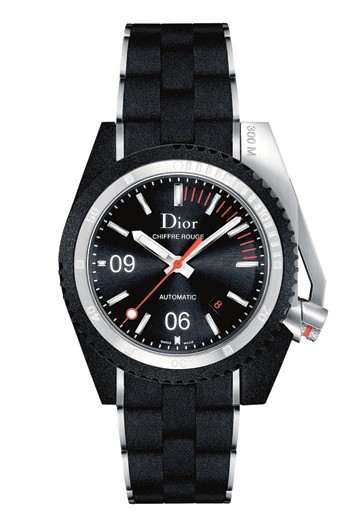 Few require a timepiece that can resist extreme alpine conditions or safely plunge to a depth of 12,800 feet — as Rolex’s Oyster Perpetual Sea-Dweller Deepsea timepiece can.

But as competition in the sports watch arena heats up, technical characteristics are growing all the more audacious.

“Quite honestly, it’s been an untapped market,” says Adam Gurian, president of Timex, maker of Ironman digital watches. Today, the brand is pursuing new levels of technology and submitting its designs to rigorous resistance tests before hitting retail.

The new Timex Expedition WS4 (Wide Screen 4), for instance, was tested on the American alpinist Conrad Anker during a recent expedition to India’s Garhwal Himalaya range. Fitted with a wide-screen dashboard, an altimeter, barometer, thermometer and compass, the timepiece, retailing for $199, also boasts a Weather Condition Forecast function, with current temperature and future alerts, plus a 100-hour chronograph.

“The demand for highly technical mechanical sports watches is high…[from] our polo-playing customer… [to] those who participate in any extreme sport in between,” says Jerome Lambert, chief executive officer of Jaeger-LeCoultre.

The brand teamed up with the elite unit of combat swimmers from the U.S. Navy SEALs for three new limited edition series from its Master Compressor Diving Line. Features include a super-rugged grade-five titanium case, designed to remain watertight to 330 feet; oversize hour markers, and numbers with Super-LumiNova technology for visibility in the murkiest of waters.

The diving-watch category has seen a flurry of new introductions. These include Tag Heuer’s new Aquaracer 500M, equipped with an automatic helium valve that upon decompression releases any gases that may have infiltrated the watch during a deep dive; Blancpain’s 500 Fathoms GMT, the “big sister” of the brand’s iconic 50 Fifty Fathoms (billed as the world’s first modern diver’s watch); Glashütte’s Original Sport Evolution Impact Panorama Date, fitted with four shock-absorbing elastomers designed to absorb 60 percent of any external impact against the watch; the OMEGA Seamaster Ploprof 1200M, driven by Omega’s new Co-Axial caliber 8500 movement and equipped with a helium escape valve as well as an extendable bracelet that fits over a wet suit, and Panerai’s Luminor Submersible, fitted with the brand’s new P.9000 movement. Panerai claims to have produced the first military divers’ watch in history, the Radiomir, in 1938.

Breguet has just introduced what it bills as the world’s first mechanical watch fitted with an alarm mechanism that functions under water, its Marine Royale, featuring an 18-karat rose gold case and water resistance to 300 meters, or about 1,000 feet. Breguet’s Marine collection draws inspiration from original designs by founder Abraham-Louis Breguet, who in 1815 was appointed horologist to the French Royal Navy.

A spokesman for New York-based Cellini Jewelers likens the oneupmanship in the watch industry to a “nuclear arms race. It’s like cars: Everyone’s got to build something that’s better and goes faster.”

Andrew Block, executive vice president of Tourneau, says the sports watch category in general is growing. “Sports watches seem to have broad appeal to a younger first-time watch customer,” he says. “Extremely technical sports watches are in demand, but by only a select few, and are not purchased by everyday watch purchasers. The manufacturers also don’t make large quantities of these extreme models.”

Yet they do have incredible appeal for aficionados, with Block lauding his favorite “over-the-top” creation: Bremont’s Spitfire automatic sport chronograph. “The movement rotor is actually made of the wing of a British WWII Spitfire fighter plane. Very cool!” he says.

Meanwhile, many of the characteristics of Tag Heuer’s new Monaco Twenty Four Concept Chronograph are inspired by the state-of-the-art engineering of the GT race cars that participate in the 24 Hours of Le Mans circuit. Made out of industrial-grade tungsten, the watch’s movement is protected by a shock-absorbing composite filter material used in the racing and aerospace industry capable of withstanding the impact a 65-foot fall, compared to the industry standard of three feet.