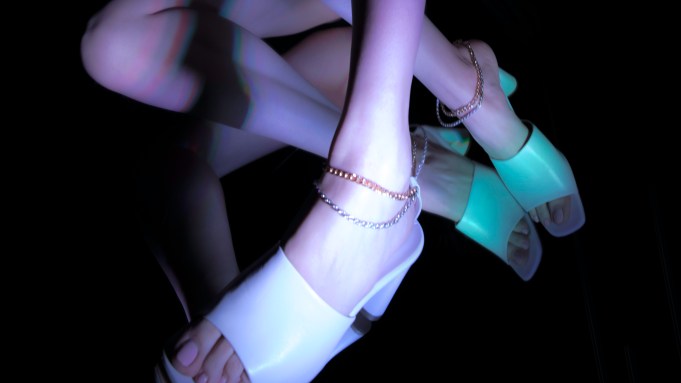 PARIS — There’s been an explosion of square-toe shoes across catwalks and showrooms for over a year now, but it appears the trend still has plenty of room to run.

“I think the square toe is just getting started,” said Laura Villasenin, designer of the popular contemporary label Miista, who gave the trend her own “humorous” spin, with exaggerated, sharp square toes featured on boots and loafers.

There was a square-toe mule or boot in one shape or form in almost every footwear designer’s collection for fall: Paris Texas, known for its pointed-toe boots, offered a square-toe platform version; Fabrizio Viti appliquéd his signature daisies on mesh and leather square-toe mules; Malone Souliers’ collaboration with Devaux featured minimalist beige flats with subtle square toes; while Manu Atelier kept reworking their signature strappy sandals and “Duck” boots in sharp square toes and new colorways.

“Square toe continues to be the key toe shape of the season which we are investing heavily in,” said Net-a-porter global buying director Elizabeth von der Goltz.

Elza Wandler, who was one of the first to play with the silhouette before the Bottega Veneta mania even took off, brought back some of the signatures that made Wandler footwear a hit, including square-toe mules and boots in new tweed fabrics or gold leathers.

But for Wandler, it was also time for something new in the form of chunky square-toe mules and thigh-high boots. “We are not canceling the square toe, but after it’s gone so wide, we wanted to also offer a new proposition,” said Wandler.

Victoria Beckham agrees and sent bold, thigh-high, square-toe boots down her fall 2020 runway, while on the streets influencers were sporting Loewe’s latest It-shoe which comes in a similar silhouette and neutral beige leather.

Boots were one of the strongest categories and buyers were delighted at the plethora of options: Valentino’s combat styles, Sacai’s chain-embellished boots and the sexy thigh-high versions seen at Balmain, Saint Laurent and Balenciaga were among the strongest contenders.

“Strong boots were a key trend in the footwear category, Valentino being the highlight with platform Chelsea boots, lace-up combats, motorcycle styles and thigh-highs — there were styles to appeal to all customers’ lifestyles,” said Natalie Kingham, fashion and buying director at Matchesfashion.

Vivier manages to create spectacles to compete with runway shows for its new season presentations and for fall 2020, Felloni explored the human senses with six rooms dedicated to evoking each one: There was a dark room filled with neon art on the walls to explore vision and another, covered in pink fur, to illustrate the sense of touch.

The shoes were just as out there with boots embroidered with giant satin bows, crystals and feathers, or more practical styles like biker boots or fur-trimmed slippers featuring the brand’s large crystal brooches. 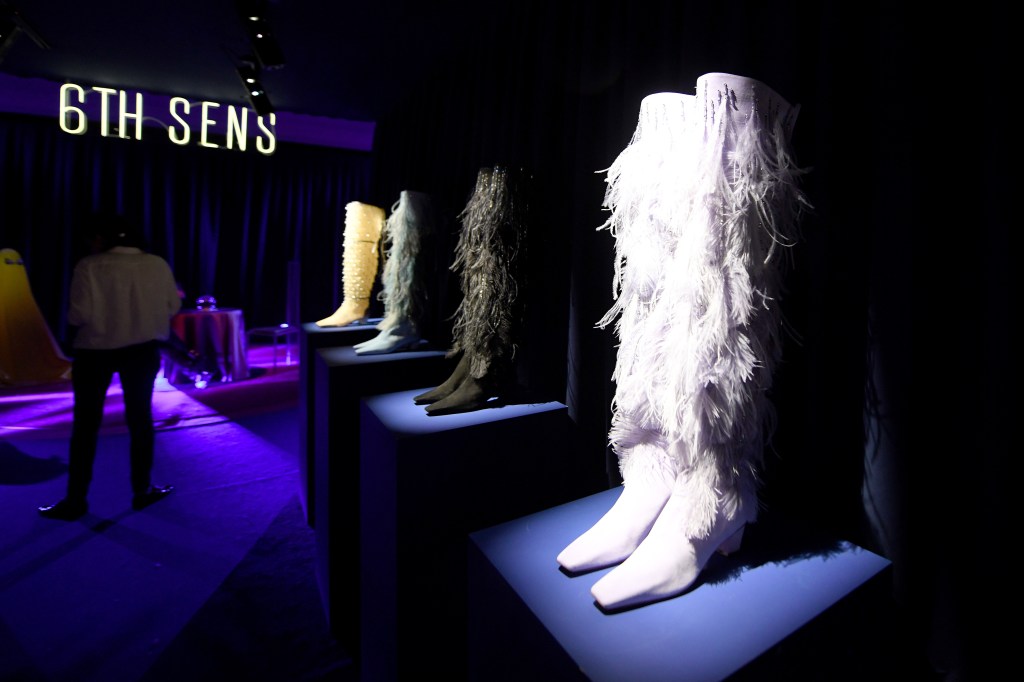 Mary Alice Malone also reveled in her love of feathers with new feather-embellished tweed boots at Malone Souliers; handbag label Pellegrino reissued some of the original designs that Rénaud Pellegrino created for Yves Saint Laurent that were all about large crystal and feather embellishments, and Delvaux went all out with a one-of-a-kind alligator tote embellished with crystals and feathers.

When it came to bags, the extra-large totes that will fit everything and the kitchen sink were among the most popular: Contemporary brands like Medea and Manu Atelier supersize signature tote styles, while Balmain, Valentino, Givenchy and more offered their own iteration of the trend.

“The ‘grab and go’ clutch is still here to stay — we loved the red woven leather ones at Valentino, and all of the super oversize unstructured totes,” said von der Goltz.