Turning Up the Dial on Watch Innovation 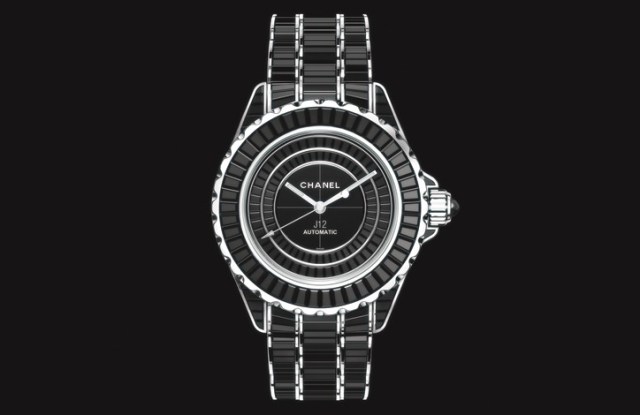 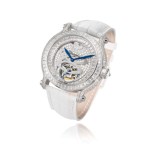 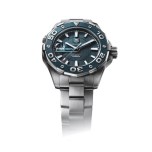 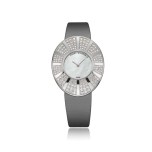 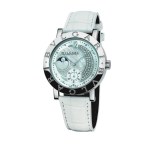 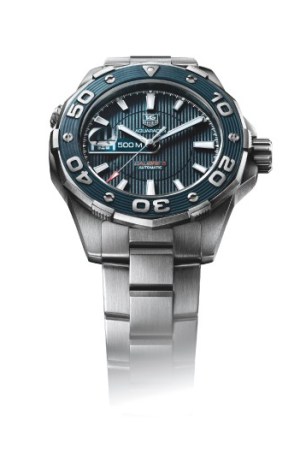 Negotiating rough waters following a dismal holiday season and first quarter for many in the industry, watch brands convening at Baselworld 2009, the bellwether Swiss watch and jewelry fair that kicks off today and runs through April 2, are looking to the event as an important barometer for what’s to come.

This story first appeared in the March 26, 2009 issue of WWD. Subscribe Today.

Sylvie Ritter, Baselworld’s show director, said exhibition space for North American brands has increased 4 percent over last year, with all key marquee players present. “All buyers who want to show their customers novelties and trends are here,” she said.

Jean-Daniel Pasche, president of the Federation of the Swiss Watch Industry, said manufacturers and suppliers are both feeling the strain, with many implementing layoffs as business shrivels.

He said besides technical one-upmanship, brands will be looking to multiply their contacts with distributors at Baselworld.

“It’s fundamental in moments of difficulty,” he said, adding those with underdeveloped export structures are in for the roughest ride.

Observers claimed the prestige watch segment continues to be resilient to the down times, however. Hublot, which had a dozen $1 million watches on order at the beginning of the year, plans to increase production of uberluxe models by six.

“It’s not so much because demand is stronger, we’ve developed a better production process,” said Jean-Claude Biver, chief executive officer of Hublot. “It’s quite surprising that the very high [category] is not suffering at all.”

Thomas J. O’Neill, president of HWD and chief executive officer of Harry Winston Inc., said, “Our expectations for Basel are good. We’re looking forward to the introduction of some terrific new pieces. Our offering hasn’t changed, and we haven’t pulled back.”

Hans-Kristian Hoejsgaard, ceo and president of Timex Group, said business at its Vincent Bérard brand, which has prices starting at $75,000, has not been hurt at all.

“There is still a clear distinction between luxury and super premium, which is still doing really well,” he said.

Despite such relative optimism, Nicholas Beau, Chanel’s international director of watches, said Baselworld would offer better visibility of what the market can expect in the second half of the year.

“[The main problem] is not even the final customer; it’s more distributors who have problems with their treasuries or overstocked inventories,” Beau said. “We’ll know from Basel whether we need to be really worried or not.”

Several brands said they were anticipating a flat first quarter.

“We have been increasing year by year by a rate of 40 to 50 percent since 2004. Now for the first time we have no increase,” said Hublot’s Biver, who said business in 2009 has been variable according to the territory. “We have some retailers in Switzerland and London that have done their best January ever.”

Biver views the slump as a prime moment to invest in retail. Hublot boutique openings are in the pipeline for Paris, Munich and possibly New York.

“We’re on standby to catch the right moment,” he said. “We’re taking advantage of certain price reductions in leases. They’re coming down slowly but surely and this provides opportunities.”

Jean-Christophe Babin, president and ceo of Tag Heuer, said the major question is not how quickly the market will bounce back, but how best to gain market share.

Babin said Tag Heuer has intensified its aggressive pricing strategy designed at offering the best value for each price point on which it competes, notably with the launch of its Aquaracer 500M Calibre 5 that’s water resistant to 500 meters and features surgical-grade steel, an automatic helium valve and anti-reflective, treated sapphire crystal, retailing for $2,450.

Babin is one of the many experts who contend the middle market is no longer the most vulnerable, pointing out that all segments have been impacted.

“The challenge for all of us in the industry is not only to find ways of driving customers to retail, but to ensure that they make a purchase once they are in the store,” he said.

For many brands, stimulating business in the U.S. is a priority. Movado is targeting the milestones markets with point-of-sale marketing strategies geared to occasions such as engagements, weddings and graduations.

“We’re looking at how to tap into emotions,” said Mary Leach, chief marketing officer of Movado Group Inc. “We did research in January, and consumers still spoke of watch purchases as being substantive and not frivolous.”

“Right now, our top initiative is how we can be a strong partner for our wholesale [clients] and what types of initiatives we can do to help them,” said Leach.

Tag Heuer also expects its new global ambassador, Leonardo DiCaprio, will help boost business in the States. DiCaprio’s initial ad campaign sees him wearing the brand’s 43 mm Carrera Day-Date chronograph with tachymeter bezel that will be showcased at Basel. Reinforcing Tag Heuer’s image as a socially responsible brand, royalties generated on select products, as well as a portion of DiCaprio’s own fees, will be donated to environmental organizations: the Natural Resources Defense Council in North America and Green Cross International in the rest of the world. A limited edition timepiece designed in collaboration with DiCaprio currently is in the works, Babin noted.

As for impressing luxury customers, design alone is no longer sufficient, experts conclude, with brands at Baselworld trumpeting a return to sure values through high-tech and precious materials such as gold, platinum, ceramic and magnesium, combined with expert watchmaking techniques.

“It’s, above all, about being a master of the métier, with a unique proposition that reflects the brand,” said Antonio Calce, ceo of Corum.

Marc Hruschka, president and ceo of Chopard USA, said he believes it’s a good moment for brands with heritage to position themselves for success when things turn around economically.

The niche timepiece brand saw a 50 percent sales increase last year, with ongoing strong sell-throughs, according to Khankin. They’ve opted to host the launch of “12 Faces of Time,” a new book by Elizabeth Doerr and Ralf Baumgarten, on the 12 virtuosos of watchmaking at Le Plaza Tent Messeplatz on Friday.

Limited editions continue to be a hot topic for many brands attending Baselworld. Launches include Chanel’s J12 Intense Black line, limited to five pieces. Set with 724 ceramic baguettes, each took 2,000 hours to make. Tag Heuer’s 40th anniversary homage to its classic Monaco chronograph that was immortalized by Steve McQueen in the 1971 racing cult hit “Le Mans” is limited to 1,000 pieces. Three styles from Bulgari’s 125th anniversary Sotirio Bulgari assortment, which consists of four different models, will also be available in limited edition, including one featuring faceted skeleton hour and minute hands, with a brown alligator strap and an 18-karat pink gold ardillon buckle.

“The competition is enormous, more and more brands have entered the market. We have to be very sexy,” said Corum’s Calce, who said he revised the brand’s product development following the onset of the financial meltdown.

The brand will unveil a conceptual Golden Bridge Titanium timepiece at the fair, fitted with a suspended inline movement. Adding a Space Age twist, Omega plans to commemorate the Omega Speedmasters series at the show with the limited edition Omega Speedmaster Apollo 11 line. The original watch was worn by the first men to set foot on the moon in 1969, and to fete the event the brand will host a cocktail attended by a group of veteran astronauts on Saturday, including Buzz Aldrin, Eugene Cernan and Tom Stafford.

Those thinking big include TW Steel, presenting for the first time at Baselworld, and Ernst Benz, which will present a limited edition 60 mm ChronoScope automatic chronograph inspired by aviator watches from the Forties.

“Collectors are asking for bigger sizes,” said Khankin. “Technically, in Switzerland anything over 50mm is no longer a watch, it’s a clock…but there’s a historical reference for 60mm, as pilot’s wore them over their flight jackets during World War II.”

“We believe in the next 10 years people will be wearing bigger watches, women included,” said owner Mounir Moufarrige. “Over the last 200 years there have been watches, but nobody has gone beyond a certain size. [Today], everything else, from cars to computers, have gone smaller or bigger.”

Women’s watches are another key line of development for brands. Marking a departure from unisex models, though not downsizing, Hublot’s major launch will be a ladies’ line, for example, using new materials, new colors, stones and bracelets.

“We continue to have tremendous attention from women,” said Ernst Benz’s Khankin, who has developed feminine takes on vintage men’s watches for the fair, including its ChronoLunar 40 mm with an abalone dial, a 1.25-carat diamond bezel and an alligator strap, with or without diamonds. “Women discovered vintage way before men and are always wearing their dad’s old Rolexes. I’m always enamored by this.”

“I think demand has not so much changed from the moment from what it was in 2008, which for us is strong natural fusion watches with different new materials but traditional movements,” said Hublot’s Biver. “Also, color combos such as red gold and carbon, or all black, were heavily in demand and are still in demand. Crises do bring new trends, behavior and concepts, but it is a little bit too early.”