To mark 20 years in the U.S. market, the eyewear guru is charting an aggressive path for his U.S. retail growth, beginning with California. 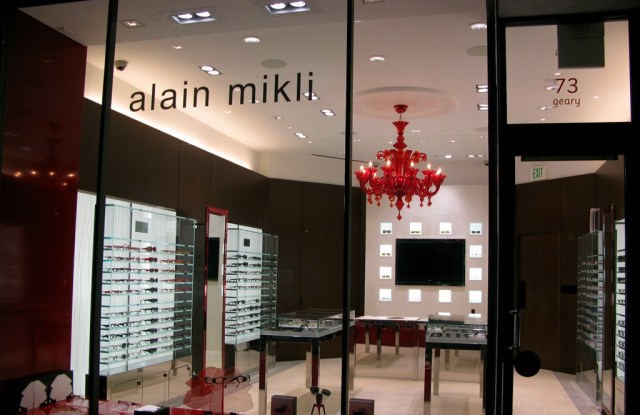 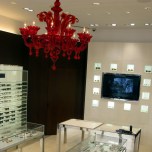 LOS ANGELES — To mark 20 years in the U.S. market, eyewear guru Alain Mikli is charting an aggressive path for his U.S. retail growth, beginning with three stores in California. The brand opened an 850-square-foot boutique at 73 Geary St. in San Francisco’s Union Square in September, followed by a unit of the same size in Beverly Hills, at 479 N. Rodeo Drive, last month. A third store will open in a yet-to-be-determined Orange County mall next year.

“Already 20 years have passed since our first U.S. store on Fifth Avenue in New York, but the dream was still there: ‘Go West.’ California has always been a source of inspiration for me, and the expansion in the West Coast will feed this passion,” said Mikli.

Also on the U.S. target list are Chicago, Florida, Seattle and a third New York location.

“We were too slow to move in the U.S.,” Mikli said. “It has the biggest increase potential for us, and we want to accelerate.”

Mikli founded his company in 1978 and opened his first store in Paris in the Eighties, followed by New York in 1992. December will mark a 20th anniversary, three-city U.S. tour beginning with a party at the newly relocated Madison Avenue boutique, followed by Los Angeles and San Francisco.

In addition to the Alain Mikli brand, retail stores carry the collaborative brands Starck Eyes, Jean Paul Gaultier and Vuarnet. Mikli plans to add one new collaborator a year because “we are intent on building a portfolio of other brands as well, so we can appeal to a broader range of consumers.”

Currently, the company’s retail store sales account for 20 percent of total revenues. “This ratio is OK with us, but it might increase to 30 percent,” said Mikli. “Wholesale remains a key strategy. I believe our stores really complement the wholesale channel and serve as a wonderful marketing and brand-building vehicle. While we will continue to grow the number of stores, we always will be, first and foremost, committed to the [optical wholesalers].”

The company is also accelerating its Asian expansion with stores in Tokyo, Taipei and Hong Kong opened last month. There are already 10 stores in Japan and five in Hong Kong. Philippe Starck, who designs all the Mikli boutiques, will unveil a new retail concept to be implemented worldwide next year.