The deal with the performance eyewear brand includes sunglasses as well.

Bode Miller in his Revo goggles.

Bode Miller has a lot of respect for heritage brands with a history of producing quality products. That’s the primary reason he has signed on to be Revo’s global brand ambassador of winter sports.

Miller, the six-time Olympic medalist and two-time World Cup champion, has worked with the performance eyewear manufacturer to create a capsule collection of high-tech ski goggles as well sunglasses that will be introduced today for the winter season.

In a video interview, Miller said he has been “a little fanatical about eyewear” his whole career. He said the situation is exacerbated by the fact that he has blue eyes, which makes him “super-sensitive to light.”

“It’s hard to race at 80 or 100 miles per hour and not be able to see,” he said. So ever since he was young, he had been customizing his goggles in order to ensure the best possible visibility.

He said he’s often angry about how badly skiers will treat their goggles and that includes his own children, who throw their goggles on the ground, step on them, kick them and then wonder why they keep hitting bumps and skiing into trees, he said.

And he’s doing his best to change that.

Miller said over the years, much larger companies than Revo had approached him about becoming partners, but he always declined because he didn’t think the goggles measured up to his high standards. “I’ve been offered significantly bigger deals, but I needed a better product,” he said.

But that’s not the case with Revo, which was created by NASA astrophysicist and optical engineer Dr. Mitch Ruda in 1985 to offer eyewear engineered using NASA technology. Since then, it has been owned by Luxottica, Oakley and Sequential Brands before it was purchased by B. Robinson and a team of private investors in 2018.

Miller said he is impressed with the quality of the Revo goggles — especially the lenses — as well as the pricing, which he described as “not obnoxious.” The goggles will sell for $229 and a portion of the proceeds will be donated to Miller’s Turtle Ridge Foundation, a nonprofit organization supporting adaptive and youth sports programs. 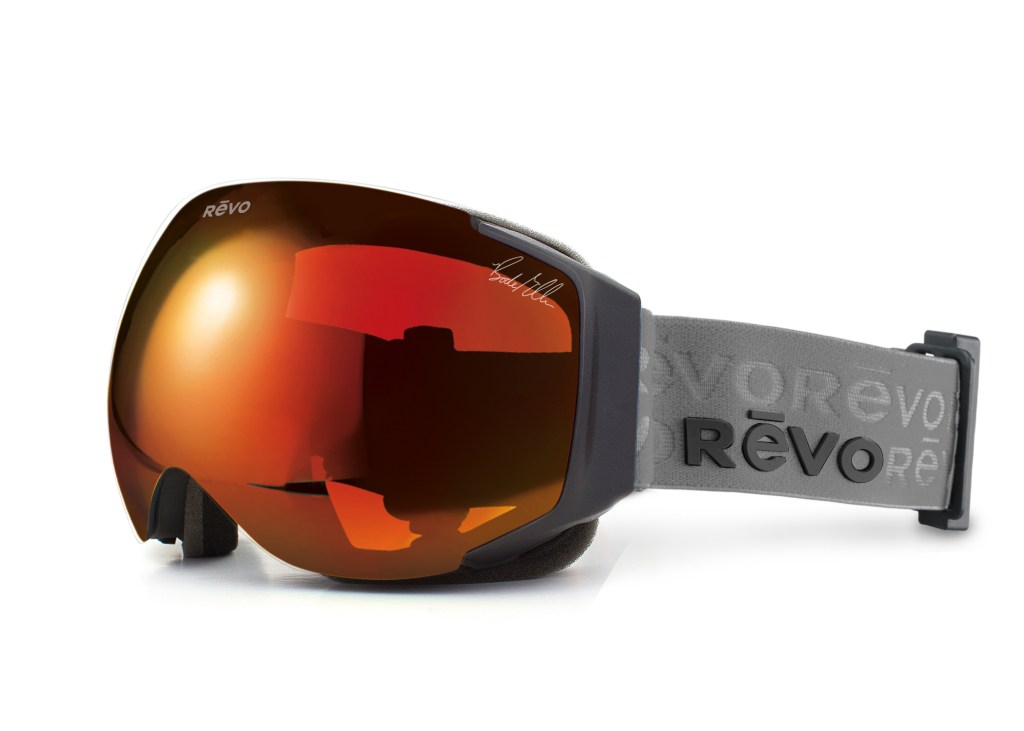 The Revo x Bode Miller collection adapted the brand’s polarized lens technology to the slopes through the use of Photochromic properties, which automatically adjust to every light condition. The two styles offered will feature high-contrast polarized Serilium+ lenses: a lightweight, impact-resistant, glare-reducing nylon, and a Light Management System, which filters harmful UV, HEV and blue light while reducing glare and enhancing the clarity of digital screens. The goggles have been designed to fit with most helmets and are offered in blue or orange.

“I haven’t been skiing as long as Bode has. I only started when I was 13, but I love the sport as much as the pros do,” said Cliff Robinson, chief executive officer of Revo. “On behalf of Revo, we’re humbled to have this tremendous opportunity to marry our best-in-class technology with the best American male skier of our era — perhaps ever.”

In addition to the goggles, the partnership will include a sunglass collection, he said. 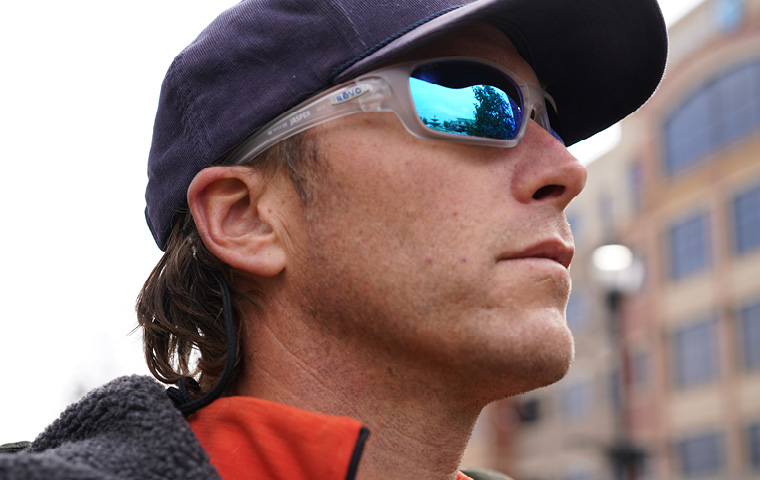 The skier has also created a capsule collection of sunglasses.

Miller revealed that before teaming up with Revo, he had seriously entertained the idea of launching his own sunglass brand. “I explored starting a sunglass company from scratch,” he said, but thought this was a better option given Revo’s “history of making really good stuff.”

That being said, Miller said his role with Revo is as a collaborator and he doesn’t have an equity stake in the business. “Ideally, maybe that will change long-term,” he said.

Miller said he also hopes to one day launch his own line of helmets. Like the goggles, he’s frustrated that skiers are willing to cut costs on their head gear and buy a helmet for $80 or $100. “Skiing is incredibly dangerous,” he said. “It’s so fast. Why wouldn’t you spend money on something that can save your life? Eighty-five percent of the people might as well be putting a soup can on their heads.”

He said at this point in his life and career — he’s the most decorated American skier in history — he can “pick and choose my relationships.” That includes Skeo, a digital ski app also launching on Tuesday that will give free access to tracking and coaching. He’s also working with DTX Co. on Flowcode, which allows people to create their own “super-advanced versions” of QR codes, he said. And he is chief innovative officer of Crosson Skis. Although he had been chief innovation officer and an investor in Aztech Mountain, a modern ski brand, he said while he maintains his stake and continues to “help them out,” they decided not to renew their earlier deal.