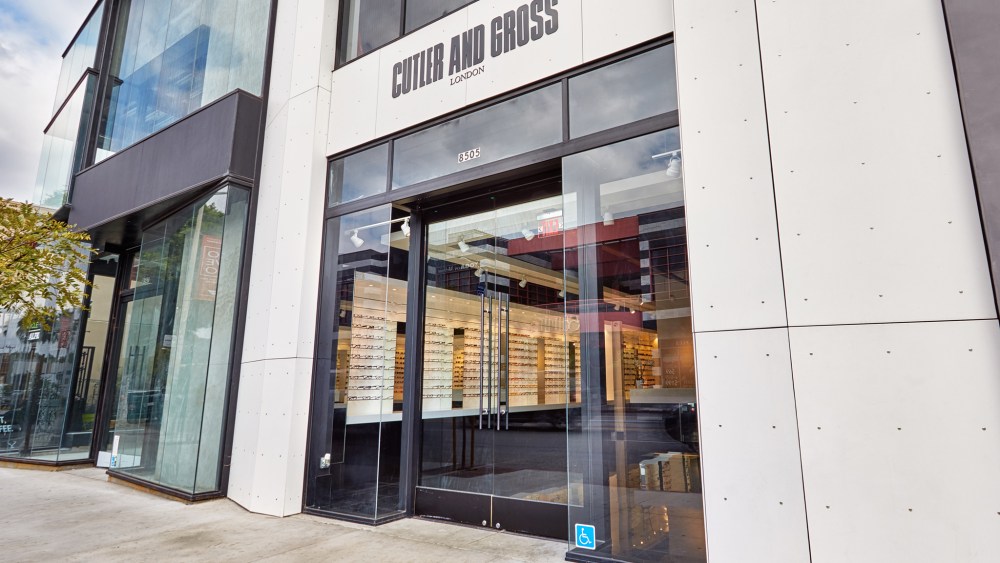 It’s part of a broader strategy to position the brand in key markets, going the direct-to-consumer route. The store marked its second U.S. door with a recently opened store on Melrose Avenue.

Cutler and Gross, which has made a name for itself offering bespoke designs that have been seen on the likes of Victoria Beckham and Elton John, also has a wholesale business of more than 600 accounts that include Barneys New York, Maxfield and jcrew.com.

“The long-term strategy is we definitely want to develop stores in key cities, key markets,” said Arturo Vale, who heads up the company’s U.S. business. “We have so many clients that are bicoastal.”

San Francisco, Miami and Chicago are all potential markets for the company to tap next once the Los Angeles store has found its legs, according to Vale.

Business since the Los Angeles store’s opening has been somewhat slow but that was partially expected, according to Vale. The brand has done well gaining traction organically with little done in the way of traditional marketing. The New York unit, in fact, still has people living in the nearby area stumbling upon the brand two years after the store opened, Vale said.

He shopped Robertson Boulevard, 3rd Street and downtown Los Angeles before deciding to set the company’s roots down on Melrose.

“When you look at wholesale, we have over 600 accounts and that’s a good amount but the average purchase of a wholesale account is maybe 30 to 100 pieces,” he said. “So we have a healthy business. Ideally, you want to develop your own retail; the margins are better.”

The privately held company does not disclose sales.

The New York store has been pulling in sales around the seven-figure mark, according to Vale, and the goal would be for L.A. to do the same. Although, Los Angeles, at least initially, will likely come in slightly under that goal, according to Vale.