Rising handbag and shoe prices are playing to eyewear's favor, but fashion's revolving door of designers is forcing licensees to reconfigure in rapid-time. 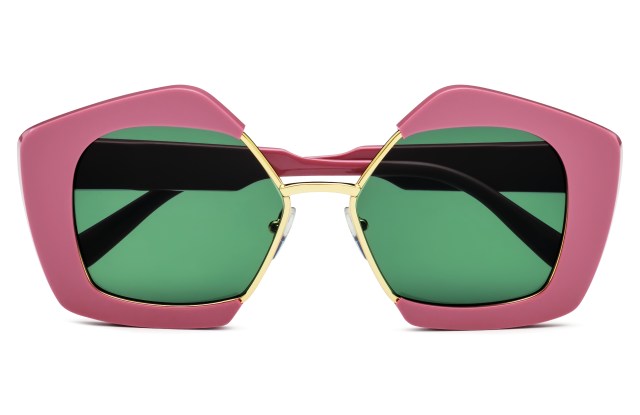 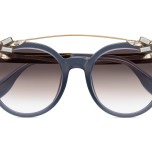 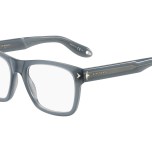 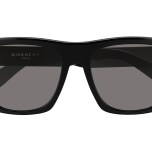 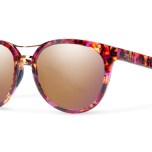 NEW YORK — Fashion’s recent turmoil — its revolving door of designers, an ongoing review of delivery dates and pricing brackets, and general state of “overheatedness” — isn’t only affecting the design houses themselves. Their licensing partners are also being forced to constantly reconfigure amid the upheaval, as was evidenced at the Vision Expo East show here last week.

Major eyewear licensees including Marcolin and Safilo are attempting to ingratiate themselves with the new creative directors at the fashion brands they partner with, or are being forced to retool their approaches as the houses reposition their approach to accessories.

Marcolin — which holds licenses for Roberto Cavalli, where Peter Dundas just showed his second women’s wear collection; Balenciaga, which just unveiled Demna Gvasalia’s first effort, and Ermenegildo Zegna, which recently parted ways with its head designer, Stefano Pilati, and replaced him with Alessandro Sartori — in its portfolio, is rapidly adapting to such shifts.

While Gvasalia’s influence is yet to be felt in Balenciaga’s eyewear collection, due to the optical industry’s long production lead times, Marcolin USA chief executive officer Fabrizio Gamberini said Dundas’ imprint on Cavalli is already on shelves. “We are working with Peter for the Cavalli stores and redefining the ways in which Cavalli stores are positioning the eyewear,” he said of their collaboration.

Playing to Dundas’ and Cavalli’s signature over-the-top designs, Marcolin has produced a sunglass suite that, for $525, comes with a pair of base glasses and three interchangeable, clip-on facades.

Safilo, meanwhile, is adjusting to its new agreement with the Kering Group, which has taken all of its eyewear collections in-house. Under the new deal, Safilo will handle manufacturing of eyewear for only Kering’s flagship Gucci brand. All of Gucci’s products are being designed to meet creative director Alessandro Michele’s vision for the brand. Safilo admitted that its designs for Gucci are “not where we want them to be yet.” Explained Alessandro Marcer, creative director of Safilo USA: “Alessandro [Michele] is cooperating with us; it’s reshaping.”

Marcer also is overseeing the reformation of Marc Jacobs’ eyewear under the label’s recently implemented one-moniker, multiple price points model. He felt that their collaborative, refocused offering “is extremely powerful,” with sleeker designs that range in price from $130 to $300.

As for other LVMH Moët Hennessy Louis Vuitton brands, Safilo continues to work with Christian Dior, designing in the vein of Raf Simons without the former creative director’s involvement. Marcer said of a new round, split-lens mirrored sunglass style, “It’s already booming. Dior has been so strong in building its image that everyone is willing to have it. [The image] is stronger than the name of Raf Simons, I’d like to say.”

In 2015, Safilo added licenses for Swatch, Givenchy and Elie Saab — the latter of which will hit stores in 2017. Said Marcer: “Everyone wants to introduce eyewear [right now] because bags are going down and it’s the new accessory. It’s how you can enter a brand because bags are so expensive and not so exciting anymore for people.”

Safilo ceo Luisa Delgado said: “Estimates say that the global eyewear market for frames and sunglasses is growing double-digits in the premium, high-end segment. As one of the more affordable price points within the luxury product offering, this is helping to expand the business.”

Matthieu Lafont, marketing director of Lafont, said of eyewear’s approachability: “Women were buying a few pairs of shoes a year but now the unit price went up [so high].…Eyewear [pricing] is quite stable [compared] to that. And in terms of design, creativity, and what you are projecting [with glasses] in terms of your personality is way more interesting.”

Claudio Gottardi, ceo of Marchon — licensee of brands including Chloé, Marni and Salvatore Ferragamo — explained eyewear’s recent surge in popularity among consumers: “In 2004, 2005, 2006, the sunglass industry was in a huge craze…but right after the economic crash, it became very black — you couldn’t really do anything with fashion because everything was going back to the Wayfarer.

“Ray-Ban took over a huge market share, but that lasted about five, six years and starting last year people got tired of that, so you started to have an oppositional phenomenon happen.”

Gottardi cited a GFK statistic as evidence that the category is back on the style map. According to the German market research firm, the average retail price for sunglasses increased from 95 euros, or $104.50 at current exchange, to 97 euros, or $106.70, between 2014 and 2015.

Gottardi pointed to Chloé and Marni as models for the new sunglass paradigm — where unconventional shapes, colors and fabrications are creating excitement among fashion-conscious shoppers. Chloé’s “Carlina” style, a $345 round sunglass with double-wire frames, has sold out.

Bold trends, such as Chloé’s metal frames, were consistent across many of the collections at the show. Metal, which Gamberini labeled as “making a comeback, especially for women — metal is huge,” was seen in collections from Dior, Marc Jacobs and Cavalli.

Retro aesthetics such as flat lenses seen at Ray Ban, Marni; eyebrow bridges at Zegna and Tom Ford, and mirrored lenses at Givenchy and Dior are also proving to be popular.

It appears that designers’ public personas are also now playing into the designs of their respective employers’ eyewear. Speaking about Dundas’ involvement at Cavalli, Gamberini said: “The creativity of Peter and the networking of Peter with the celebrities that are always with him is very important. For us it’s a big opportunity.”

Marcer said of Safilo’s inaugural work with Givenchy, particularly of its “rave” collection: “It’s about Riccardo’s [Tisci] friends, the gang that goes around with him — it’s addressed to fun people.”

Most of the firms asked did not feel that newer eyewear business models such as Warby Parker have eaten into their market shares. “They are a cool, trendy metro business for a consumer who usually bought vintage or unique brands. The quality is also in our favor,” Gottardi said.

Lafont said: “Warby [has been] there since a couple of years and something [else] will be there in another 10 years. We have been around almost 40 years in France — that kind of competition of course changes things, but [it does not change] who we are.”

“There is now a movement, especially in the U.S., of people looking for genuine, quality heritage stuff — you see that more and more, a value to go back to the roots, which is good for us. When the market was hooked on cheap product made in Asia, we stayed in France…every decade a new trend is coming up and what is important is to stay true to yourself,” Lafont said.

In that vein, Lafont plans to up its luxury quotient by opening a bespoke service to shoppers in its Paris boutique at the end of August.