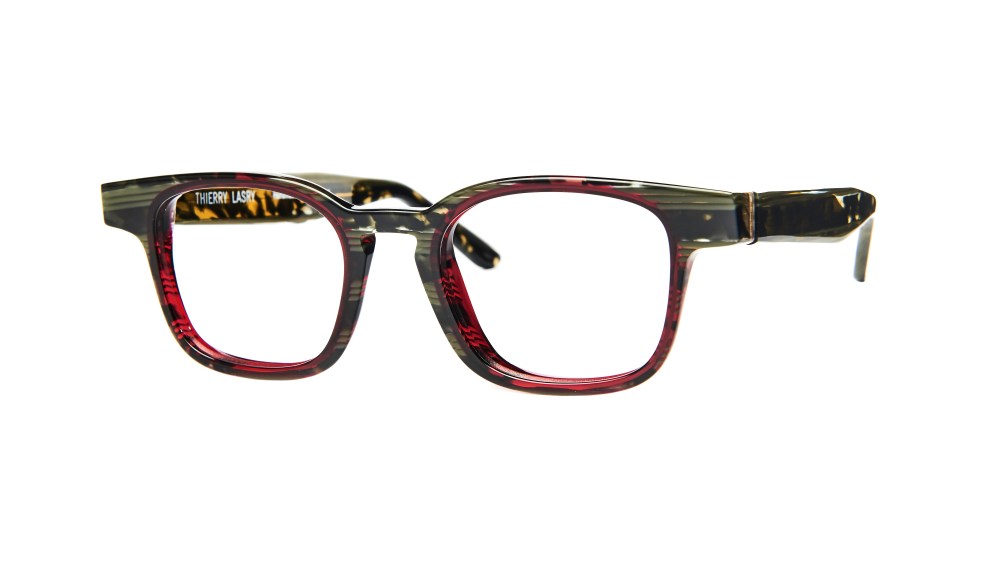 PARIS — He set out to disrupt the license-dominated eyewear sector with the launch in 2006 of a niche sunglass-focused collection, and for his latest move Thierry Lasry has his sights set on the optical market.

The debut optical line of the New York-based French designer is to bow at the Silmo trade show here on Sept. 28. “It’s a complete game-changer for us. It’s almost as if we’re starting again, only we know our business and have the brand recognition,” Lasry said during a preview of the collection at his Paris store.

Spanning 10 styles available in five colors, the collection is grouped into three families: acetate; acetate and titanium temples, and all titanium. Details include nose pads in tortoiseshell or horn, exclusive hinges and acetate frames cut with sharp angles, an artisanal feat. The frames are made in Japan and France.

Codes carried over from the sunglass line include plays on duality of colors and materials as well as geometry and volume. Prices range from 400 euros to 500 euros.

The aim, Lasry said, is to “bring something new to the market,” following in the footsteps of one of the industry’s icons.

“I remember 20 years ago, the reference on this market for anything that was creative, comfortable and of high quality was Alain Mikli. The ambition within the next two years is to become a similar reference on the market today,” said the designer, who expects to triple revenues over the next two years. The brand, which counts the U.S. as its biggest market, generated between $5 million and $6 million in revenues in 2017. Once the optical business is rolling, the designer plans to develop a lifestyle brand, with a number of collaborations in the works.

The trigger for the line — following doctor’s orders to either ditch wearing contacts or damage his eyesight — came from Lasry’s own “selfish needs to find the product I myself would like to find on the market.”

The details-oriented designer, whose father is an optician, has worn contacts his entire life — “I’m like, minus 10.” To begin with, he started putting optical lenses in frames from his eponymous sunglass line, but it was limiting. As his frustration grew, so did the excitement around the idea of launching his own optical collection, something that had never before appealed to the designer.

The Thierry Lasry brand counts 500-plus accounts across some 50 countries for its sunglass line, including Barneys New York, Bergdorf Goodman, Dover Street Market and Net-a-porter. The label in recent years has collaborated with brands and personalities including Acne Studios, Fendi, Kelly Wearstler and Dr. Woo.