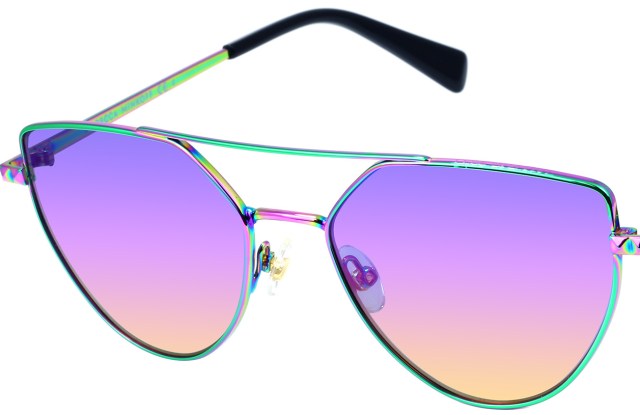 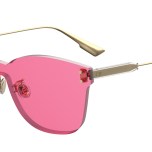 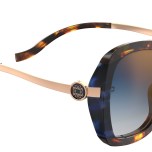 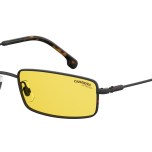 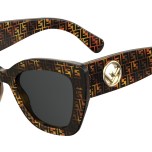 LAS VEGAS — The effect of the recent creative director shuffles at major design houses has finally trickled down to eyewear — a product with significantly longer production timelines than apparel.

The fruits of this labor were on display at Vision Expo West, which wrapped at the Sands Expo in Las Vegas over the weekend.

But beyond the product, the fair was a chance for leading eyewear executives to ruminate on macro issues affecting the industry — everything from consolidation among manufacturers and retailers to demand forecasting and reacting to customer behavior to technical advancements — as well as the state of trade shows themselves.

Steve Wright, president and chief commercial officer at Safilo North America, talked about how consolidation at the retail level affects his business.

“It was very fragmented and there were a lot of independent players, and now the best locations are being moved into groups, so you have to approach that differently from a commercial standpoint. From a product standpoint, I think brands remain relevant and service is critical. Even more critical is speed to market. That has to be compressed because consumers are demanding it, so we are spending a lot of time focusing on that,” he said of his priorities since joining the company from Marchon parent VSP Global.

“Using data to drive business decisions is also critical; it’s not simply relationships that drive those outcomes. Relationships are key from a trust and confidence standpoint, but if you don’t have the data to support the business decision you are trying to fashion between you and the customers, it’s not as impactful,” he said.

“Google and influencers are powerful players. In our area, if you don’t have a good understanding of what’s happening in a particular region or submarket and you’re just trying to paint with the same broad brush — this brand and these shapes for everyone — it isn’t really as effective. It’s an amalgam of characteristics — price, ethnicity, age, gender, geography — those things matter. If you have a broad portfolio like Safilo to address those specific needs, doing it in a specific way matters.”

Indeed, with 30-odd brands in its stable, Safilo, like other manufacturing giants Luxottica, Marchon and Marcolin, has its work cut out for it trying to implement better inventory management systems that work with omnichannel retail, a costly undertaking that all companies must take on to remain on the cutting edge.

“If you don’t have enough inventory, you lose sales and don’t support your customer. Too much and you have obsolescence and your sales are diluted with product that’s not the best mover. So, trying to have more instantaneous feedback to reduce delivery times, from creating or replenishing, is critical,” he said. “There’s a lot more integration of tech in this industry than ever.”

While touching and trying on product at a trade show is always critical, behind-the-scenes tracking of show attendees and end consumers is increasingly important (the show badges this year were microchipped to keep track of who went where).

Another notable event at this year’s show was a 6:30 a.m. seminar on private equity, which was standing-room only. Private equity’s influence in the eyewear market is seen in the consolidation of fragmented optical retailers. “If they can consolidate, they’ve got a much more leverageable asset that they can spin off and make some money on. And they see that and they are influencing that more,” said Wright.

The class was emblematic of Vision Expo striving to stay relevant to its attendees, and the upped production values on the show floor represented another step toward trade show reinvention.

“They are still relevant because they allow you to pull together a lot of different elements of the industry: training, education, exposure to products and new dimensions with technology. But that needs to be more integrated and not in little siloed areas. So, you have a different experience other than just going by a booth and meeting this person,” said Wright, who is also a member of the Vision Council.

Over at Luxottica’s megabooth, Fabrizio Uguzzoni, president of Luxottica Wholesale North America, also noted the need for evolution at the show. Noting the company’s digital Frame Adviser module, he said, “This is helping our customers to style the product for the consumer based on face shape, eyes, hair color and style. Everybody wants to have a stylist, and that’s a luxury experience in optical as well, which you typically only find in luxury department stores.”

He walked over to a display that looked very much like a Valentino shop-in-shop in a department store. “This is a ‘fashion shop,’ very similar to what you find if you go in a boutique. Now if you go into an [optometry] practice, you can have frames displayed in a more meaningful way for the consumer. Luxury is not adding so many frames, but more style and brand storytelling,” he said of the retail solutions on offer.

“Optometrists and doctors are being much more fashion-driven than in the past, so they understand how much they can leverage on the consumer who is entering the practice for a medical eye exam but then has the possibility to see the accessories. Why ask the consumer to go somewhere else to buy sunglasses?” he said.

For those that do, Uguzzoni also noted more efforts to help department stores get more fashion into their eyewear offering.

Of the evolution of Luxottica’s actual booth, he said, “We try to make it more luxury and similar to what we’ve seen evolve in Europe with Mido and Silmo. We still have some moving forward to do to make sure we create high-end type brand experiences for our customers at the show.”

Speaking to the luxury fashion piece, he said, “We are seeing luxury back in a really strong way. Not only looking at numbers in the last six months, but I’ve seen a stronger collaboration overall with the licensor like at Prada, Dolce [& Gabbana], Versace, Burberry. Eyewear is being much more included in the overall product offering and communication to the consumers. It’s not yet at the level of shoes or bags but we are seeing more of it included in showrooms and on the runways. It’s an opportunity for an under-penetrated category of the market because if you think about accessories, you put it on in the morning and it’s the last thing you take off at night.”

He pointed to the recent repositioning at Coach as a younger brand positively impacting sales, as well as the recent change in creative direction at Tiffany with Reed Krakoff. Prada’s comeback due to its streetwear-style frames, of all things, is generating new attention in the eyewear, as is the Nineties redux with slimmed-down frames. Of the recent news of Michael Kors’ acquisition of Versace, he said, “They are two pillars of our premium fashion portfolio so we’re very pleased.” And finally, Tisci’s success at his first Burberry runway show should bode well for the eyewear.

Over at Marchon, president and chief executive officer Nicola Zotta and senior vice president of global brands, marketing and design Thomas Burkhardt were bullish about their luxury licenses.

At Chloé, Natacha Ramsay-Levi’s seashell and nautical inspirations manifested in new acetate frame-within-a-frame styles and shapely metal frames. “We’ve had the license since 2012 but this year we have experienced the fastest growth,” said Burkhardt.

At MCM, Eighties studs and logos were back (as they were at Safilo’s Fendi and Luxottica’s Versace), and Paul Andrew’s hand at Salvatore Ferragamo could be seen in the integration of the “Fiore” heel into eyewear temples. The brand is also launching a men’s capsule, pointing to the new interest and opportunity in men’s frames.

At Calvin Klein, which is one of the few eyewear licenses with a 50-50 male-female split, the men’s fashion was strong with shield styles.

“Even in ophthalmic, consumers are more open to wearing different shapes, materials, more fashion-forward colors. Innovation is more welcome than it was 10 years ago during the recession,” said Zotta.

Innovation is always a key at Nike, where the crossover of performance wear into fashion was reflected in the Heron Preston-designed Tailwind style. For Kevin Durant’s first sunglass line, the designer took a heat map of his movement on court during an entire game, then laser-etched the pattern onto the temples.

“Anything that allows us to be more inspired and more challenged is good for the consumer and for us,” said Zotta. “The online experience at a brand and company level is becoming more important. The way the supply chain has to be organized to react to consumer demand is something we are heavily invested in. Accuracy in demand forecasting is a key component to provide the right service in a financially savvy way. From a production standpoint, we have to provide more design, at the same price, than in the old days, so we have to be able to elevate the product and at the same time remain different across our portfolio.”

While 3-D printing is still a buzzword, the reality is that it’s not yet able to deliver on a mass manufacturing scale. But it does allow designers to do things that were never possible before, like layering materials.

Over at Marcolin, Davide Rettore, ceo of Marcolin USA Eyewear Corp., spoke of manufacturing consolidation, with the company among the first with its Thelios joint venture with LVMH Moët Hennessy Louis Vuitton. He also noted the private equity firms acquiring a lot of vision-care practices, and the opportunity to strengthen partnerships with most important buying group alliances nationwide.

“In terms of markets, despite a flattish situation I see a lot of opportunity in the Midwest to penetrate the market with our diffusion brands like Timberland and Guess and Swarovski. They live for high brand awareness and better pricing in those regions. Partnering with buying group alliances like Healthy Eyes Advantage and Vision Source helps a lot with this,” Rettore said. “It’s our sales peoples’ job to create a specific role for each of these brands in the assortment.”

In terms of “megacities for luxury,” like New York, Los Angeles and Miami, he said that implementing a select distribution strategy with Tom Ford to increase the number of pieces and productivity in each door was a priority, as was offering more Asian or “international” fits.

Another future driver, especially for Millennials, is new product segments like Tom Ford’s Blue Block collection, which is the first to introduce ready-to-wear optical for luxury brands. They’re not prescription lenses, but they filter blue light for more comfortable screen viewing, meaning anyone who uses a computer or cellphone now has a reason to buy glasses. The downside — or is it upside? — to not doing this is that it may hasten the need for prescription glasses.