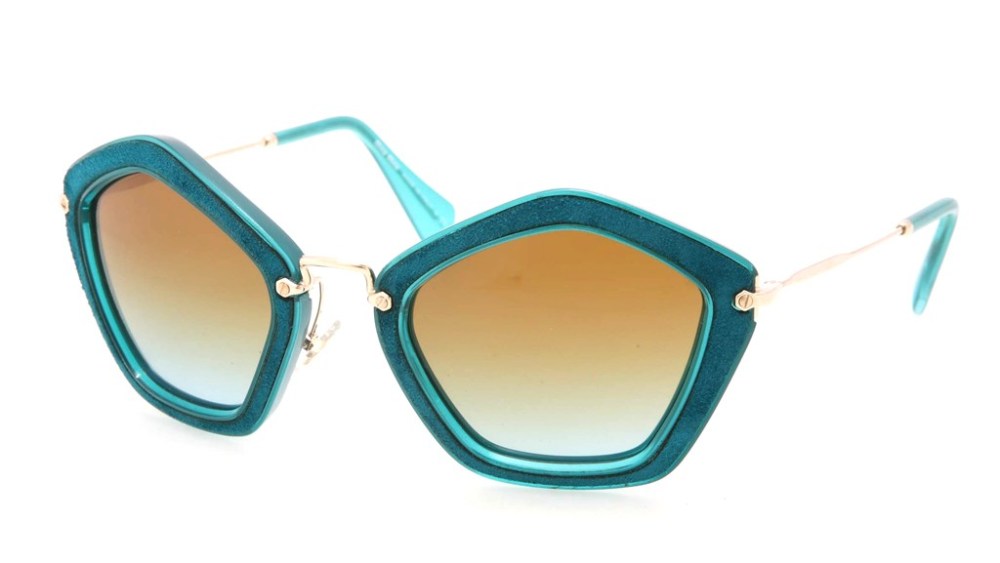 NEW YORK — Consumers are getting feisty.

It’s a vintage moment in eyewear, with anything cat-eye, retro-inspired or oversize ranking among the most popular styles at department stores, eyewear chains and e-tailers from Bergdorf Goodman and Neiman Marcus to Sunglass Hut, Solstice Sunglass Boutique and Net-a-porter.

Prada was arguably the catalyst for ushering in the movement toward re-adopting retro eyewear two years ago during its fall 2010 runway show that February. The optical frames worn by the models, clad in Fifties-style flared skirts with cinched waists, might have been too extreme for retail, but more consumer-friendly versions were produced for the season and continue to perform well in stores.

The trend is expected to remain in demand as the holiday shopping season approaches, including styles from Miu Miu, Gucci, Dior, Kate Spade, YSL and more boutique labels like Cutler & Gross, Illesteva, Prism and Thierry Lasry.

That shape is the best-selling eyewear silhouette at Bergdorf Goodman right now — but Ana Maria Pimentel, fashion director of women’s accessories, has seen the shape evolve and “explode throughout all the collections.” While cat-eyes were a bit more exaggerated a few seasons ago, Pimentel points to Miu Miu’s Catwalk frames as embracing the trend in a more wearable way.

Eyewear business at the retailer is dominated by Miu Miu, Celine, Prada and Chanel — and Pimentel said the Bergdorf’s consumer wants novelty shades from these brands in addition to the basic blacks, browns and nudes.

At Sunglass Hut, vintage-inspired shapes — including the wayfarer, aviator and feminine plastic “upsweep” styles — are the leading styles at its 2,000-plus doors, according to vice president of product Kristen McCabe.

“Cat-eye can be very traditional but upsweep can be a casual, modern interpretation — not quite as defined but still taking its cue from cat-eye,” McCabe said of the “upsweep” styles, highlighting Prada, Vogue and Burberry as top sellers within this silhouette. She said top-selling brands storewide are Ray-Ban, Burberry and Coach.

Mirrored lenses, especially from Ray-Ban, are continuing to gain momentum at the retailer, and for holiday, Ray-Ban will introduce its classic aviator with mirrored lens colors such as red, green and blue. The brand launched its folding aviator exclusively at Sunglass Hut last month, and will show expanded polarized options in new colors and gradients come holiday.

Ken Downing, Neiman Marcus’ fashion director and senior vice president, contends that Prada’s cat-eye frames are still one of the best-selling for the store — along with Tom Ford’s Nikita and Oliver Peoples Olivia frames.

Another key theme Downing cited is that eyewear is lightening up this summer, from color to material.

Plastic, blush-colored frames — especially from Celine and Valentino — as well as any style that falls within this season’s nude or neutral color story, are among the most well-received by consumers, said Downing. He’s also seeing a surge for plastic frames, replacing metal as the most popular material of the season.

Similar to Neiman’s, Net-a-porter’s cat-eye and round retro frames are “flying off the site,” according to Sasha Sarokin, buying manager at Net-a-porter.com.

“They are the perfect vintage-inspired update for summer. Round-frame glasses are also very popular because they exude a laid-back vibe that really appeals to the downtown girl,” Sarokin said, listing Cutler & Gross, Prism, Thierry Lasry and Illesteva, a relatively new-to-the-scene New York-based line, as current strong-selling eyewear collections at the e-tailer.

In addition to Illesteva designers Daniel Silberman and Jus Ske’s on-trend retro-inspired frames that customers are responding to, Sarokin also attributes the handmade eyewear line’s quick success to a more accessible price point. The mostly round frames — comprised of acetate, matte steel, bamboo and titanium with classic dark gray, rosy pink or lavender-hued lenses — retail from about $165 to $285. The Claire, a subtle black pair of cat-eye sunglasses with tonal lenses, retails for $220. She calls Cutler & Gross “another strong brand that is known for its quality and originality,” citing the brand’s $540 rounded cat-eye acetate sunglasses. “Women are increasingly in the market for investment pieces from specialist brands, and Cutler & Gross has both heritage and unique design,” Sarokin added. She said there’s also a shopper who wants the “ultimate standout shade” — and the e-tailer has seen the emergence of a market for ultra high-end frames. They offer embellishments such as a python-trimmed pair of Linda Farrow Luxe frames and 14-karat rolled gold and acetate air from Finest Seven, selling for $760 and $955, respectively.

Consumers are still responding to cat-eye shapes, which will continue to roll out over the next several months from Safilo brands including Dior, YSL, Jimmy Choo, Alexander McQueen, Gucci and Kate Spade New York, according to Brownlee. He expects current best-selling styles in this silhouette to continue on the same trajectory into the fourth quarter. Aviators — in all sizes and materials — will continue to play a significant role in eyewear, but Brownlee highlights the return of a “glamorous” silhouette. During the recession, consumers wanted more toned-down styles, colors and less logos and embellishments, but with the economy getting better — especially the luxury market — shoppers are starting to get bold again and seek more prominent logos. The mid- to large-size plastic frames dominating at retail will still play a significant role, said Brownlee, but details such as pearls, leather, studs and stars will “make the difference for holiday styles.”

With this in mind, Safilo has produced several limited-edition styles, such as an aviator from Gucci with a crystal-encrusted chain effect on the temples, two Dior frames with crystal stones and a red translucent Marc Jacobs frame with polka dots and an acetate white butterfly with a pearl in the center. Jimmy Choo and Alexander McQueen will unveil oversize plastic frames with silver stars and studs, respectively, and YSL will introduce silver chain temples.

At Bloomingdale’s, though, fashion accessories director Brooke Jaffe said customers are seeking newness and novelty — with style preference coming second. The shopper is attracted to elements like signature branded temple treatments on frames from Chanel, Gucci and Dior, and at Kate Spade for sunglasses retailing for less than $200.

“Right now, our shopper is gravitating toward novelty details rather than selecting solely based on a silhouette,” Jaffe said, adding that color is also key right now and in this way, very much mirrors ready-to-wear trends. “It’s a great way to update your sunglass wardrobe with such fashion novelty. Designer frames with [signature] detailing are really working.”

But what happens to sunglass sales once summer unofficially ends after Labor Day? Spring-summer is the obvious hot selling season for the eyewear category, but holiday — which hits stores in late November — is a close second.

For Sunglass Hut, this quarter is second in terms of sales after the summer season. For holiday, the chain will unveil its first ad campaign with Georgia May Jagger in magazines and online.

Safilo’s Brownlee also revealed that December trends closely resemble those from May through July — as increased traffic during the holiday period drives impulse purchases, gift-giving and even eye protection for winter conditions.

This comes as no surprise to Neiman’s Downing, who believes eyewear’s presence on the runway has elevated the category, making it a product that’s hardly limited to the warmer months.

“Sunglasses [sell] year-round,” he said. “With many designers continuing to feature sunglasses on the runway, it heightens the importance of eyewear as a seasonless trend.”