Companies say sales are rebounding as shoppers buy products that help them adjust to our socially distanced, work-from-home culture.

Adidas' new glasses, by Marcolin, designed with anti-fogging and outdoor exercise in mind.

Eyewear has seen a gamut of sales trends and shifts in consumer behavior over the last eight months of the coronavirus crisis, but the industry now appears positive about what’s ahead, pending that widespread lockdowns are not again implemented. With people exercising outdoors and spending more time in front of screens than ever before, consumers are investing in new eyewear to help them navigate current circumstances.

Eyewear’s main players said even though sales plummeted at the onset of the crisis, business has returned to pre-pandemic levels — even sometimes exceeding sales set last year.

“The spending cycle for prescription glasses is slightly different, toward the end of the year we have a rush of people who haven’t used their [insurance] benefits. We are hearing from the market that this will happen a little earlier than in years past, so the outlook for us is positive,” said Nicola Zotta, president of Marchon Eyewear. The executive added that some retail partners say they are booked for the next month or so, indicating a certain level of pent-up demand following lockdowns. Marchon has seen a strong third quarter, with sales exceeding the same period last year, and expects a similar performance in the fourth quarter.

Steve Wright, president and chief commercial officer for Safilo North America, said he has also seen positive signs of recovery. “In March and April when [the virus] hit, everything was pretty much shut down — no one knew what to expect. In June and July we saw a lot of sales occurring on the Internet. August was strong and September was unbelievable. Particularly with sunglasses, so many people are outdoors and more conscious of sunglasses. They shield your eyes not just from UV rays but also from airborne particles,” he said.

The Marcolin Group’s marketing director Matteo Blandi said although the company took a big hit in the first quarter, “a gradual recovery started in May and June with a full recovery in July. Trends stayed positive for the second half of the year. At present it continues to be difficult to accurately predict the full impact of COVID-19 given the uncertainty of timing and pace of getting back to normality as [the virus’] spread persists in many parts of the world.”

Luxottica North America’s president of wholesale, Fabrizio Uguzzoni said: “Overall we see with cautious optimism, a future for the eyewear category. We have had a very fast recovery over the last few months that started in June. Online is very strong, and while traffic is down in brick-and-mortar, the conversion rate is up, meaning people are coming in with an intent to buy. The recovery was even stronger than we were expecting, and we are very optimistic for the holiday season starting in November.” 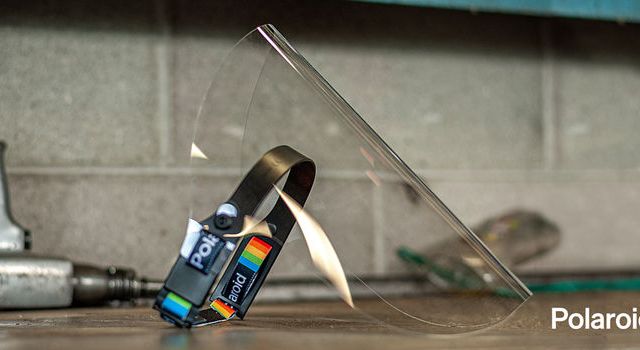 Wright noted that the U.S. lagged in its recovery behind the rest of the world, due to COVID-19 levels in the country. Safilo, however, is “running now at pre-COVID-19 targets, we have been really strong,” he said

He cautioned that, “The Asian market came back quicker than Europe and now it appears that the cycle has gone around. We are starting to see [the virus] spike in Europe. It hasn’t impacted business yet, but if they have to go to dramatic remedies, that could have a reverse effect [on sales].”

Consumers, as is common of an economic crisis, appear to be increasingly price-sensitive.

Zotta said Marchon is, “Seeing a little bit of everything. There is a growing number of consumers paying attention to cost of service, so we are getting more transactions on the lower price than in the past. A lot of consumers are going for something qualitative — they want the latest technology with lenses and this drives the price point up. We are expecting more of that behavior entering 2021, with a growing number of consumers who are very price-conscious, but also those who want additional features from a lens point of view.”

Safilo has seen its midpriced category growing the fastest. “Around $150 to $200 is really strong, I think it’s a broader reach,” said Wright.

Eyewear executives said the category has received increased attention from consumers during this time. “I think this crisis has created a heightened awareness on category altogether,” Wright said.

Uguzzoni feels that consumers are “more price-mindful on what they buy. I have to tell you, though, we have seen the average ticket going up, not going down. People are more careful on where they spend money, but when they spend it, they want something with high quality that is making them feel well.” 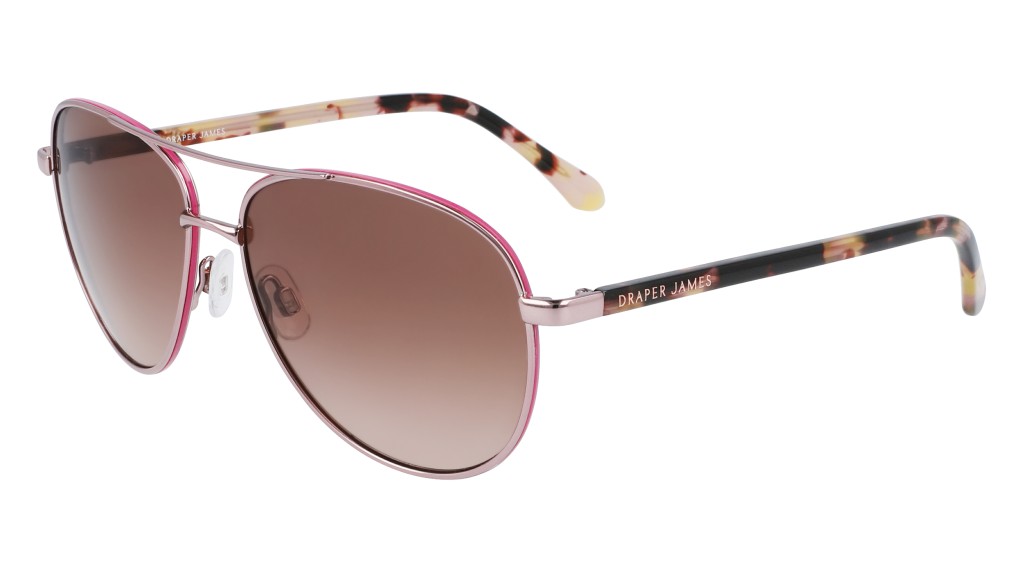 Marchon expects well-priced aviator styles, like these by Draper James, to do well in the coming months.  Courtesy/Marchon

Optometry boards in countries such as Italy have issued recommendations for people to switch from contact lenses to glasses, which has created further demand from the category. “We have seen a certain number of contact wearers switch back to frames because of the amount of money and the tendencies to touch our faces when we wear contacts is higher than when you wear frames. A portion of consumers decide to switch back because they feel safer,” said Zotta.

Even independent eyewear shops are seeing an increase in sales, according to Wright. “With independent opticians, typically the capture rate — when a patient goes in, gets their eyes examined and places an order — runs at 50 to 60 percent. Now it is up in the upper 80s. There is pent-up demand, but patients also just want to order and not shop around. They want a one-stop shop. We see that benefiting the opticians,” he said.

Eyewear also holds a certain fashion quotient, which has new emphasis these days as most consumers’ faces are largely concealed behind masks.

“I think as we cover our faces with masks, the normal way to express yourself has changed dramatically. I think people are using eyewear to align more with different colors and show expression as a statement. It’s been interesting,” said Wright.

Uguzzoni said Luxottica is “Definitely seeing some logo come back, big sizes — people want to make a statement about their face. I don’t know if it’s because with masks you can’t see makeup or expression. People definitely want to make their glasses visible — particularly in sunglasses, but we are also seeing a cool, retro style in optical.”

While eyewear trends tend to develop more slowly than apparel or other accessories categories, companies have seen a toning down of embellishment and a return to heritage brands and shapes. Zotta noted that aviator styles have been performing well, while Wright said brands like Carrera that have a rich history in eyewear are selling well.

“Activewear is translating from sun to optical as well as. People are more mobile, at least in their area. They are walking, running, doing what they can to be active. Brand names are still relevant, but I see less embellishments and more subtle colors as important,” said Wright. 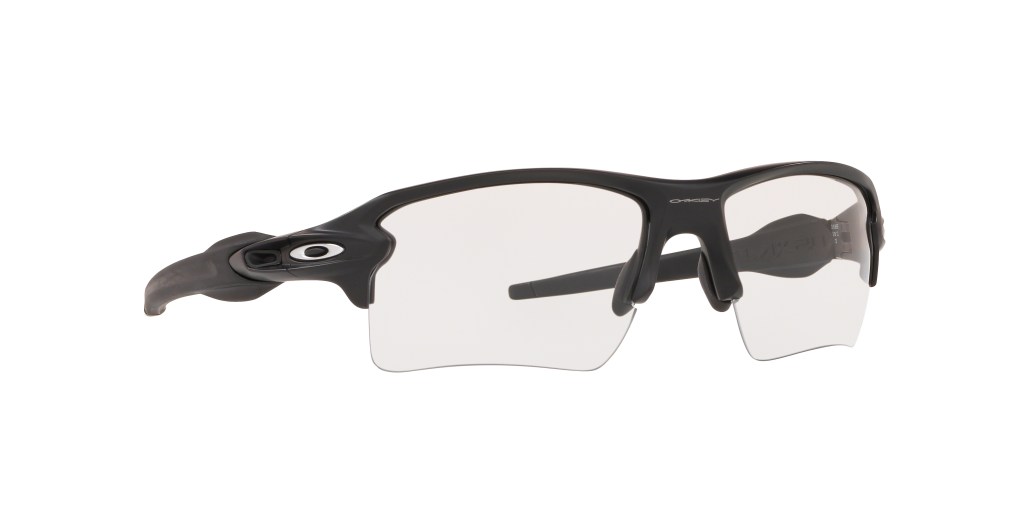 Marcolin has also seen an increase in athletic eyewear sales. “As gyms are closed, lots of people are turning toward training outside and I think people are enjoying their time spent outside more than ever. With a growing sport business and strong sun portfolio, we are prepared to meet these demands at all points of the market,” said Blandi.

In an effort to adapt to these times, companies are moving on an expedited production and design schedule to introduce products that offer consumers appealing solutions to the new socially distanced culture.

Safilo introduced branded personal protective equipment under the Polaroid label — creating “fashionable” face shields that sold through their first production run at retail partners including Bloomingdale’s and Nordstrom. The shields sold for $35 at retail and are being restocked.

Marcolin continues to push its blue lens technology, which is part of its Tom Ford offering and blocks eye stressors caused by looking at computer and phone screens for long periods of time. The company has also introduced “discreet” antifogging features on some Adidas products, with ventilation taken into account during the frame design process.

And Luxottica has offered new performance styles with clear lenses and antifogging features to be used with or without a prescription. For Oakley, the company launched a “Shield Your Eyes” campaign, with high-coverage clear lenses that offer photochromatic, antifogging, UV- and blue-light-blocking features. Oakley also now sells a neck gaiter for performance athletes. Under Ray-Ban, Luxottica has introduced an Everglass collection of transition lenses with blue-light-blocking technology.

“People can plug in their prescription or not — the scope of these collections is to make sure people understand that, even without a prescription, eyewear can offer protection from blue lights in front of the computer but also transition to activities outside,” said Uguzzoni.