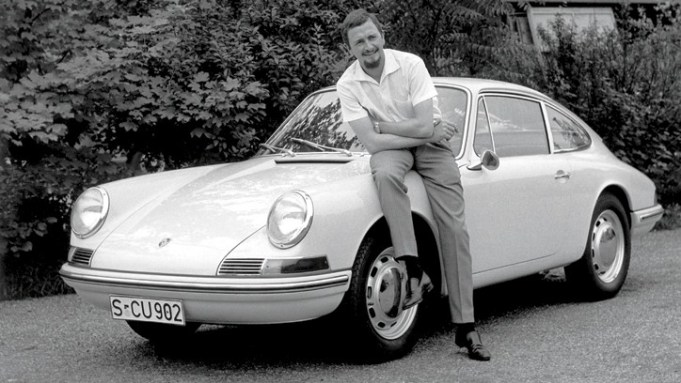 Nostalgia seems to be in the air and eyewear makers are getting in on the act.

Nina Ricci Eyewear, produced by L’Amy, has revisited for spring one of its vintage sunglasses styles once worn by Jackie Kennedy Onassis. Kennedy Onassis wore the glasses to the Robert F. Kennedy Memorial Pro/Celebrity Tennis Tournament in 1978, and an image of her sporting the prunecolored oversize square shades landed on the cover of Paris Match, dated Jan. 30, 1978.

Ricci’s new acetate version comes in three block colors and three dégradé two-tone versions, such as mauve and pink or orange and chocolate. Retailing at 220 euros, or $280 at current exchange, the line will be rolled out in stores internationally this month.

Porsche Design Studio — a design company founded in 1972 by Ferdinand Alexander Porsche, who designed the Porsche 911 sports car — also is making a nod to the past with its new Heritage Collection. The company unveiled modern replicas of two iconic models from yesteryear — the P’8478, which evokes the exaggerated drop-shaped shades from 1978, and the P’8480, a latter-day version of Porsche’s 1980 revolutionary folding sunglasses.

The latter have frames with silver and gold finishes paired with lenses in retro tints such as blue, olive green and brown, and are made with ultralight and durable materials such as titanium frames and polycarbonate lenses. The Heritage Collection is available for sale in all Porsche Design U.S. sales points in New York, Boston, Beverly Hills and Costa Mesa, Calif., for $640 at retail.

“The vision of Ferdinand Alexander Porsche was to apply Porsche design principles outside the world of automotives,” said a Porsche Design Studio spokesman. “[He] insisted that, just as in car design, ‘function forms the basis of other considerations.’”