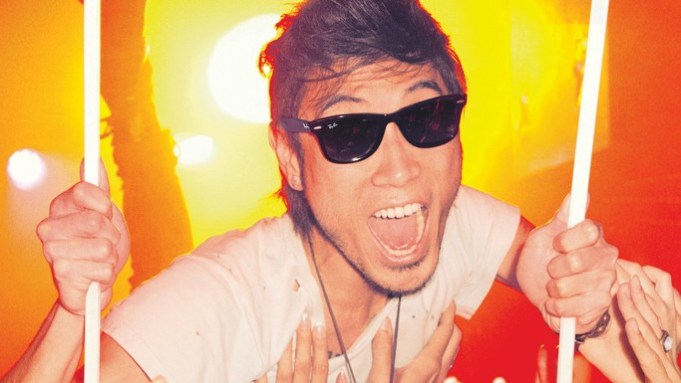 Eyewear brands are rushing to cater to one of the world’s fastest-growing markets — Asia — offering a host of frames tailored for the Asian consumer, abroad as well as in the U.S.

Oliver Peoples was one of the first to introduce Asian-fit frames in 1989 with the opening of its first store in Tokyo. It brought the frames to the U.S. about 10 years later. And while many of the styles are identical to those in the main collection, subtle differences do exist — such as adjustable nose pads that properly fit a shallow bridge.

Michelle Cifuentes, director of sales for Oliver Peoples Asia, contends that this market is the fastest growing in terms of overall business — and the silhouettes that contain specific modifications for this market constitute about 20 percent of the line sold in Asia.

“As a global brand, we drive our assortments with consistent bestsellers relevant to all markets mixed with styles intended for a specific region,” she said. “In the case of Asia, we have been there since the beginning of our company. We have great respect for the market and we are clear on the unique styling necessary to be successful there.”

The frames range from $400 to $600, and Cifuentes added that the brand has plans to open additional stores in Korea, Hong Kong and China.

It’s nearly impossible to discern the difference between the original and the Asian-fit version of an Oliver Peoples bestseller, the Sheldrake, when viewing them side by side with the naked eye. The frame in particular is nearly identical, but the nose piece on the Asian-fit style is built up slightly so the frame sits higher on the bridge of the nose, which is typically more shallow than on a Caucasian face.

Currently, Luxottica Group’s brands that include Asian design options are Ray-Ban, Vogue Eyewear and Oakley. Luxottica plans to launch styles dedicated to this market from licensee partners Dolce & Gabbana, Prada, Burberry and Coach in the near future.

In May, it opened a design studio in Shanghai, the Luxottica Design Hub, where 28 percent of the styles created are specifically designed for that market.

He said the team consists of 19 people whose duties range from reinterpreting international trends and iconic silhouettes for the region.

“In addition to the exclusive Asian designs, worldwide bestsellers are being adapted with technical tweaks to better fit Asian facial features, such as a lower nose saddle, where glasses rest on the face, and prominent cheek bones.”

Coach, which has spent much of the past two years bolstering its presence in Asia, is looking to introduce eyewear in this category. The designing and producing of an Asian fit range tailored to the market for the brand will take place at the Design Hub in Shanghai.

Technical and fit aspects aside, Miyakawa said frames mirror local style preferences and trends. This includes materials, which are mainly metal and titanium for optical and premium acetate for sun; shapes, which are, for the most part, round and rimless; decorative details and brand logos, which consumers prefer to be recognizable on the temple portion yet discreet, and the color of the lenses, most gravitating toward gradient lenses consisting of light colors such as red wine, violet and gray.

Besides the role of the nine-month-old Design Hub, significant retail investments are being made with the Luxottica-owned Sunglass Hut and LensCrafters retail operations. The former has 26 stores in China and Southeast Asia and the latter has 221 stores between Mainland China and Hong Kong — and both sell the company’s Asian-fit frames.

Emerging markets are expected to deliver double-digit volume growth through 2014 for Luxottica, according to Miyakawa, who projects that China and India will see upward of 120 percent growth in this category. He expects the number of LensCrafters doors in China to jump to 500 during this time.

“Today, China represents great potential for Luxottica’s expansion, especially for quality prescription frames — optical and sun — which, hopefully, will lead to broader consumer use of eyewear in general. The plan is to have China enter Luxottica’s top three markets over the long term,” Miyakawa said.

The company has also invested in marketing strategies that target the local consumer in these areas. It has adapted the global Ray-Ban Never Hides advertising campaign from last year in a way that appeals to the Asian audience while remaining consistent with brand image.

“In boutiques, department stores and optical doors alike, very often our most highly ranked styles were developed with special-fitting needs in mind, and we can only envision extending this offer going forward,” said Roberto Vedovotto, chief executive officer of Safilo Group. “Eyewear is about style and comfort. We cannot deliver on only part of that promise — and with diverse ethnicities locally, plus increased international travel bound to escalate — the opportunity is very real.”

Beginning this year, Safilo’s licensed Celine and Kate Spade brands will unveil a range of frames for the Asian market.

Cover Girl Eyewear, a license held by Marcolin, has introduced two optical styles that have a wider head-to-head and bridge area to service its African-American as well as Asian consumers, each retailing for $149. Both frames, fashioned in a modified rectangular shape, have spring hinges and longer temples.