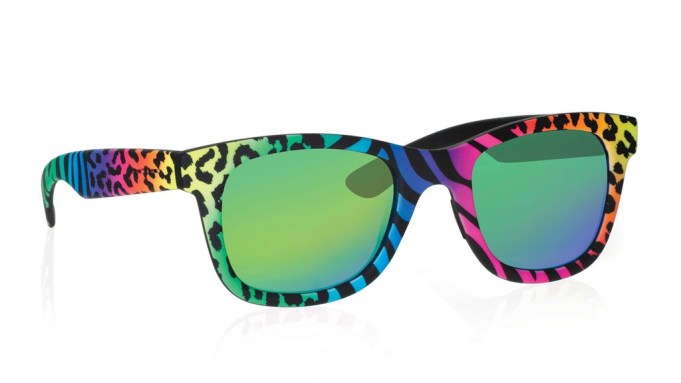 MILAN — Despite the fact that emerging markets like Turkey, Brazil and Indonesia are currently experiencing economic and political pressures, eyewear makers here say there are still opportunities to be had in these regions this year.

Last year, such markets served as a key driver for key Italian companies like Luxottica, the world’s largest eyewear maker, and industry observers here expect those zones, along with China, to fuel growth.

“The key emerging markets for Luxottica are Brazil, Mexico, China, India and Turkey. On top of these countries, Luxottica is focused on new markets in Southeast Asia, specifically in Indonesia and Thailand, where it plans to develop a direct presence,” Luxottica chief executive officer Andrea Guerra said in an interview.

In 2013, Luxottica saw its net sales rise 7.5 percent at constant exchange to a record 7.3 billion euros, or $9.98 billion, boosted by emerging markets as well as Europe.

Somewhat of an anomaly in the fashion world in general, the eyewear market over the years has outperformed Italy’s retail and textile market — even through the darkest days of the financial crisis. Over the last decade, eyewear sales have shown that even through tough times, owning a pair of brand-name shades has allowed shoppers to satisfy their penchant for luxury goods, even though they might not have been able to afford —or chose not to buy — apparel or handbags from the same vanguard Italian labels.

Penetrating China continues to be a concern for the Italian businesses in general. According to Italy’s statistics office Istat, exports to China fell 3.5 percent for the year ended in November, the latest month available. Exports to the association of ASEAN countries, which includes Cambodia, the Philippines, Indonesia, Laos, Malaysia, Thailand, Singapore, Vietnam and Myanmar, led extra European Union losses in the region, falling 15.9 percent.

In its Luxury Datawatch report published in January, Nomura bank predicted pressure would continue on luxury spending in China into 2014. It also said that the effects of the ongoing financial and banking crisis in China are difficult to quantify at the moment.

“Overall, our team in Asia believes that 2014, especially in the first half, will be more challenging than consensus expectations, and it remains cautious from a stock market perspective,” Nomura said.

Through its diverse portfolio of brands, Marcolin ceo Giovanni Zoppas thinks the company will buck the trend in the world’s most populous nation. Most of Marcolin’s sales are generated in the U.S. and in Europe, but despite ongoing economic challenges, emerging markets like China still have great potential.

In an effort to strengthen its presence in the U.S., Marcolin bought North American eyewear company Viva International last year. Zoppas said that with its portfolio of more accessible brands like Guess and Harley-Davidson, Marcolin is better positioned to captivate shoppers looking for accessible brands, in China and in the rest of the world.

“Guess is not currently strong in Asian countries but has great potential there. To succeed in today’s world, we need to be prepared to play in a balanced way and have the critical mass that allows us to operate wherever,” Zoppas added.

Despite a deceleration of economic growth and consumer spending there, the Chinese maintain a focus on the quality of life, Zoppas explained.

“This is also because the Chinese government is raising salaries to increase the quality of life and health. Vision is one of the elements positively involved by that,” explained Zoppas.

Italia Independent, a relatively young company, listed its shares on the AIM segment of Italy’s bourse last year. Controlled by Lapo Elkann, Italia Indpendent’s access point to China is through Hong Kong. This year, however, the company’s primary focus is on direct investments and enlarging its human resources in Europe and the U.S.

“We believe that the U.S. is the most important opportunity for our brand,” said Italia Independent ceo Andrea Tessitore. “The challenge is a big one, because it is a very tough market to penetrate — especially for foreign, young and small-sized companies that can only be competitive if they focus on creativity and originality. This philosophy fits in well with our style.”

Tessitore added that strong sales results have already been achieved in Florida, specifically in Miami. The company plans to open a store there this year, as well as one in New York.

“The U.S. at present constitutes approximately 5 percent of our turnover and is constantly growing,” Tessitore said.

Driven by sales in the Asia-Pacific region and the U.S., Marchon Eyewear Inc., which manufactures frames for leading American labels like Michael Kors and Calvin Klein under license, forecasts rising sales into 2014.

“We are focused on all global markets, understanding that regional fluctuations are both cyclical and expected,” said Marchon ceo and president Claudio Gottardi.

Marchon, based in New York, opened a subsidiary in Italy’s eyewear district of Belluno in 1995, where it located a production site and a design center. It manufactures many of its frames in Italy, including licensed labels like Valentino and Emilio Pucci.

“I believe that 2014 can reassure our industry in terms of exports, especially to the U.S., which is our main market; some euro zone countries like France and Germany, and emerging countries like Brazil, Mexico, South American countries, Turkey, Saudi Arabia and the United Arab Emirates,” Marcolin said.