Company is looking to differentiate itself in the fast growing online eyewear market. 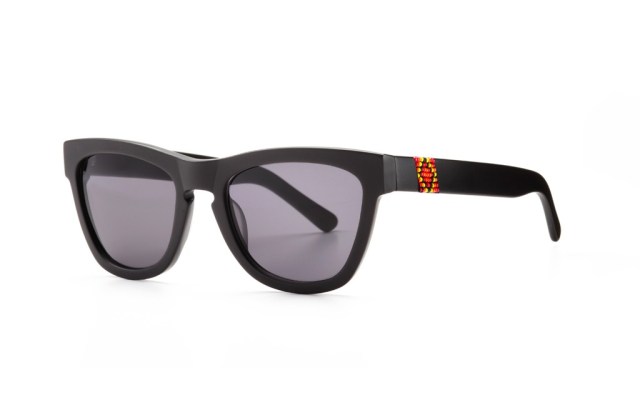 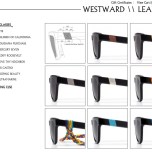 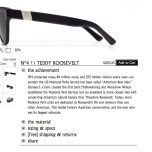 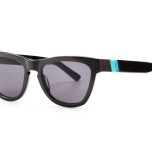 Westward Leaning is looking to differentiate itself in the fast growing online eyewear market.

Unlike Warby Parker, Eyefly, Lookmatic or other companies, the new e-tailer isn’t looking to offer on-trend optical frames that retail for under $100 with a variety of easy try-on tools. It does, however, offer a range of sunglasses that are socially conscious and innovative from a design perspective — and its digital flagship launched Friday at westwardleaning.com

The “Teddy Roosevelt” frames, for example, commemorate American conservation and feature pieces of hand-carved antler from the Wyoming-based National Elk Refuge, established in 1912 to give sanctuary to the biggest elk herd. The U.S. National Parks Service has been inviting the Boy Scouts of America to collect antlers that are naturally shed once a year since 1950. The antlers are then sold at auction, with 80 percent of proceeds going towards the research, caretaking and management of this herd.

Westward Leaning co-founders Robert Denning and Karlygash Burkitbayeva bought the material in bulk — both to support the cause and because they thought it would make a great style statement.

“We have a huge pile of antlers that I’m sitting and looking at in our office right now. We have ten racks of huge, full antlers. They look like they just fell off an animal,” Denning told WWD. “We cut these antlers ourselves into tiny little pieces, and each is like a fingerprint, so they all look different. We try to get ones that match and that process takes a long time.”

For Westward Leaning — whose current eight styles range in price from $180 to $385 and are centered around a shape based on the “great Wayfarer” silhouette — the difference is in the materials infused by hand on the arms of the black cellulose acetate frames in the company’s studio in San Francisco.

The “Louisiana Purchase” frames celebrate jazz in New Orleans and integrate brass from musical instruments such as the trumpet. “Love Thy Neighbor” has brightly colored Chaquira beads that are traditional to the indigenous Huichol population of Mexico and “Children of California” contains sustainably reclaimed redwood from old barns and bridges throughout the state. Styles with wood, brass or aluminum retail at the lower end of the brand’s price spectrum, and ones that use lapis lazuli (or turquoise) that is hand cut by a master lapidary in San Francisco can cost up to $385.

“Our goal is to weld a luxury product where social values and issues are core to the brand’s identity in an authentic and genuine way. We incorporate unique materials that celebrate a past or present human achievement,” Denning said.

The plan is to unveil another unisex silhouette by year’s end and with more color options. But it’s the story and the materials that Denning and Burkitbayeva primarily want customers to focus on, which has been the plan since the two hatched the idea in their final year at Stanford Business School last spring.

“A lot of the social marketing that has been done [by brands] has been an afterthought. People design as they would anyway and then slap on a charitable aspect,” Denning said, adding that each year the company will donate 5 percent of its profits to a social enterprise nominated by its customers and chosen by the board. “But what we wanted to do was take a bottoms up approach in the design and everything that goes into it and think about the social component and make it core to the product itself.”