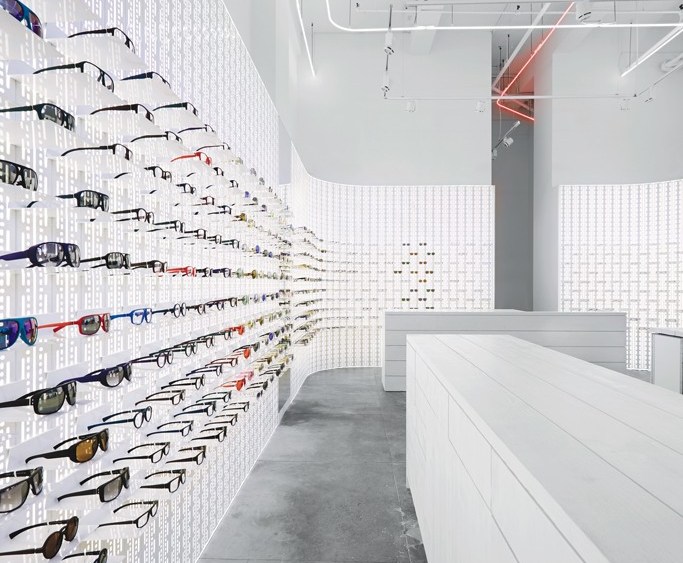 Berlin’s innovative eyewear firms are focused on the future. New markets, models and partnerships are bringing all eyes to the German capital. Here are a few firms worth checking out.

The brand sells in more than 60 countries, with top markets including home base Germany, France and the U.S.

“Since the U.S. accounts for around 20 percent of our international sales, the opening of the first Mykita shop in the U.S. marks a milestone in terms of future expansion and retail design,” said cofounder Moritz Krueger.

Additional anniversary celebrations include the relaunch of Mykita’s Web site in August, and the premiere of three short image films — a format break from the award-winning commemorative books released for its fifth and eighth years. The next book is scheduled for 2014.

Marked by ultralight, high-tech frames, Mykita also has attracted attention by creating collections with fashion up-and-comers (Damir Doma, Bernhard Willhelm), and special projects with singer Beth Ditto and skiing brand Moncler, among others. Prices for optical frames run 360 to 400 euros, or $475 to $528 at current exchange, and sunglasses run 280 to 320 euros, or $369 to $422.

NEXT: Classics and Collaborations >>

Uta Geyer runs two of Berlin’s most beloved eyewear stores. Lunettes Selection shops are filled with unworn vintage treasures and carefully chosen contemporary brands like Moscot and Kuboraum. Alongside is Geyer’s own Lunettes Kollektion line, which takes inspiration from the annals of film and fashion. These days, it is making its own history by branching into design collaborations.

In February, Lunettes teamed with Scotland’s Louise Gray, accenting her collection by etching sunglasses with the shout-outs “Hey Crazy” and “Fab Ulous” on the lenses, while the clear lenses of a nerdy black style were engraved with flirty eyelashes.

A sporty pairing with rising British designer James Long made its debut on the catwalk in June during men’s collections in London. Lunettes Kollektion’s rounded Flâneur model added racing stripes to match Long’s cycling-themed men’s wear, with colored engraved lines added across both frame and lenses — priced at 359 euros, or $473. Glasses and frames in the classic Lunettes Kollektion lineup are priced at 259 euros, or $341.

Next up is a project with Berlin label Odeeh, which shows its finely tuned women’s wear in Paris.

Geyer also has her eye on the next generation. Her relocated second Lunettes Selection store has expanded into glasses for children and teens, including new frames from Very French Gangsters and sized-down vintage pieces such as Eighties bow-bedecked sunglasses from Dior Junior.

ON A ROLL WITH R.T.CO

The DIY philosophy of the skateboard culture propels R.T.Co. Founded in 2010 by skater and graphic designer Tobias Bergmann, the brand remixes classic styles in an array of materials like vintage dead stock acetate from Italy’s Mazzucchelli, and uses Zeiss lenses.

A spin-off of Bergman’s Rollo T-shirt company, R.T.Co aims to serve the skateboard and streetwear crowds, as well as the fashion gang, with “acceptable” prices — 165 euros, or $218. There are currently five frames, all named for birds, in the collection, with three more expected to be added for next spring.

Color options include tortoise-look; clear, blue, red or yellow crystal, and solids in an intense red, pine green and off-black. R.T.Co sunglasses are sold in boutiques around Germany, as well as in Copenhagen, Amsterdam and Riga, Latvia.