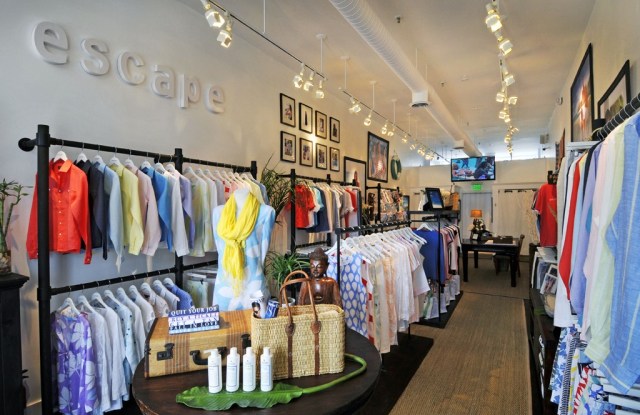 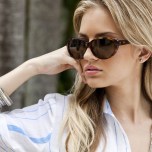 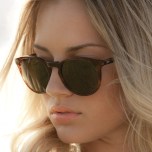 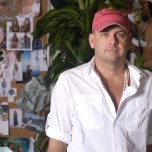 At his Island Company’s headquarters on Clematis Street here, the young-at-heart, resortwear entrepreneur, who’s most comfortable in a loose linen shirt and signature red cap, always has one foot, or fin, in the Caribbean. Island-hopping for business, boating and zooming around ports and mountains on a dirt bike, he has become his own best customer as marketing tool, whose motto about quitting your job, buying a ticket and getting a tan is emblazoned across T-shirts to tumblers.

“It isn’t just about product but the experience. When customers leave the sidewalk and enter our stores, they say, ‘Where am I?’ like it’s a mini-vacation,” said Antle, a filmmaker-turned-creative director who applies cinematic flair to every endeavor, most notably retail. “Shoppers return just to show other people the store or soak up the vibe.”

This past spring, the company’s sixth boutique, a seasonal store, opened on East Hampton’s Newtown Lane with neighbors like Calypso and James Perse, although it since has closed for the season. Island Company stores range from 500 to 1,750 square feet. Eschewing tropical clichés — tiki huts — its decor highlights the more refined side of island living such as dark wood floors, seagrass rugs and beadboard. Props are pulled from an ongoing collection of nautical antiques, bikes, Buddha statues and other found objects. Refreshingly spartan merchandise demonstrates his razor-sharp direction, though set to the barefoot beat of Jamaican and Balinese music.

“It feels like an exotic guest house where rock musicians would stay,” he said.

The brand was born as a wholesale bikini line in 2002, and retail arrived as an afterthought. Reporting the recession was the best thing that happened to the company, Antle added it forced him to rethink his entire strategy. He slashed his wholesale business by half, namely of accounts that couldn’t pay or just didn’t get his concept, and poured his energy into specialty stores and resorts that did understand it by expanding sections and merchandising them with the passion only a founder can apply. Sales rose by about 40 percent, according to Antle. Against the doom and gloom grain, he plunged into retail in late 2008.

“Everything changed when I opened stores, and we started getting incredible feedback. I realized how much buyers had misled us,” he said, still incredulous that some major accounts don’t track sizes. “I read daily diaries of each store’s sales.”

Antle approaches category development with the same no-holds-barred ethos, surprising industry insiders that he is adamantly opposed to licensing. Under a chemist’s guidance, he customized fragrances of vanilla, coconut and banana for a small sun care line that launched in 2009. From bottle shape to witty narratives for each SPF level’s wearer — Local through Tourist — Antle was involved in every step of the process. Being so hands-on, he still gets a kick out of hearing bits of news from the grapevine, such as that the Google guys and their wives slather it on.

“We were going for something subtle and not so cliché, that you also can wear out at night and just smell good,” he said.

Sunglasses debuted at company boutiques in early October. Handmade in Italy, 10 men’s and women’s styles such as a cat’s eye and other retro styles that Antle describes as very Steve McQueen retail from $150 to $180. Colors are black, tortoise and root beer, and lenses are glass to enhance the classic theme.

“People asked for sunglasses for a long time, and they sold out during Miami swim week,” he said.

Las Vegas, Hawaii and St. Barth’s are likely locations for retail expansion in 2012. Self-financed and dumping every dime back into product, Antle laments not being able to grow e-tail, which totals 15 percent of sales.