The eyewear label founded in 2007 by Lapo Elkann, Andrea Tessitore and Giovanni Accongiagioco, is opening its first flagship here today. 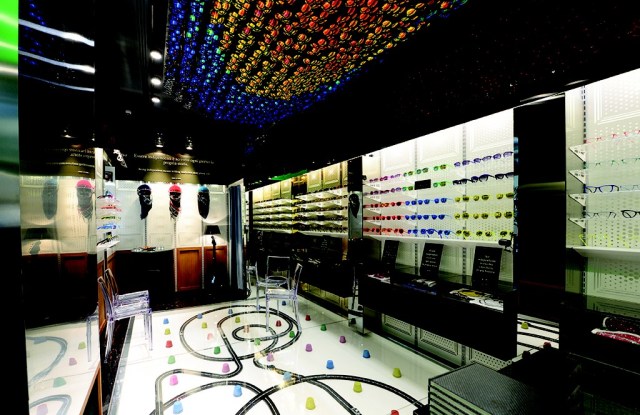 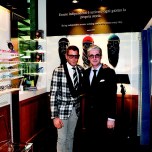 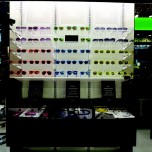 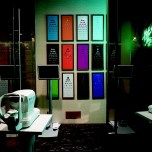 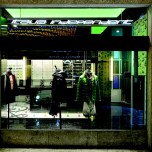 Located in the courtyard of a building on Via Montenapoleone, the 646-square-foot space, designed by Renato Montagner’s Changedesign, features a new store concept. The ceiling is covered with a “cloud” of mirrored lenses and the wood floor shows a crystal inlay unveiling a plastic model of a racetrack with a Fiat 500 car. The range of Italia Independent sunglasses and optical frames are shown on high-tech metallic displays and the counter consists of the table created by Meritalia in collaboration with Elkann for the “Fiat 500 Design Collection.” Separated from the main room by a bronze mirrored wall is also a smaller space dedicated to ophthalmic services.

Although the store is mainly focused on eyewear, it will offer the limited-edition products realized in collaboration with other brands, such as the men’s down jacket that is part of a co-branded capsule collection recently launched by I-I and Colmar Originals. In addition, I-I chief executive officer Andrea Tessitore said the flagship will always exclusively carry a selection of limited-edition pieces, including bronze velvet sunglasses created for the store’s opening.

I-I also customized the interiors of the bar of Caffè Conti, a restaurant and lounge located in the same courtyard.

“The opening on Via Montenapoleone is a fundamental step for the brand and shows how we do things step by step, respecting the rules driving profitability,” said Tessitore, who founded the label in 2007 along with Elkann and Accongiagioco. “We are proud to be small. In our case, being a small company is not a limit, but it gives us the chance to be daring and different.” Tessitore said that the Milan unit is expected to reach break-even in one year.

In order to grow internationally and push the wholesale business, Tessitore said that the company aims to open flagships in Paris, New York and Miami. “We are looking for high-traffic locations, but not necessarily in the most luxury areas,” he said, citing for example Corso Buenos Aires in Milan, where the company might open a temporary store soon.

I-I has nine other stores in Italy, 36 shops-in-shop and sells its collections to 3,000 opticians and 180 fashion stores around the world.

The company is part of the namesake group, which also controls the Independent Ideas communication agency. In the first nine months of the year, group revenues increased 73.4 percent to 18.4 million euros, or $24.95 million, compared with the same period last year.