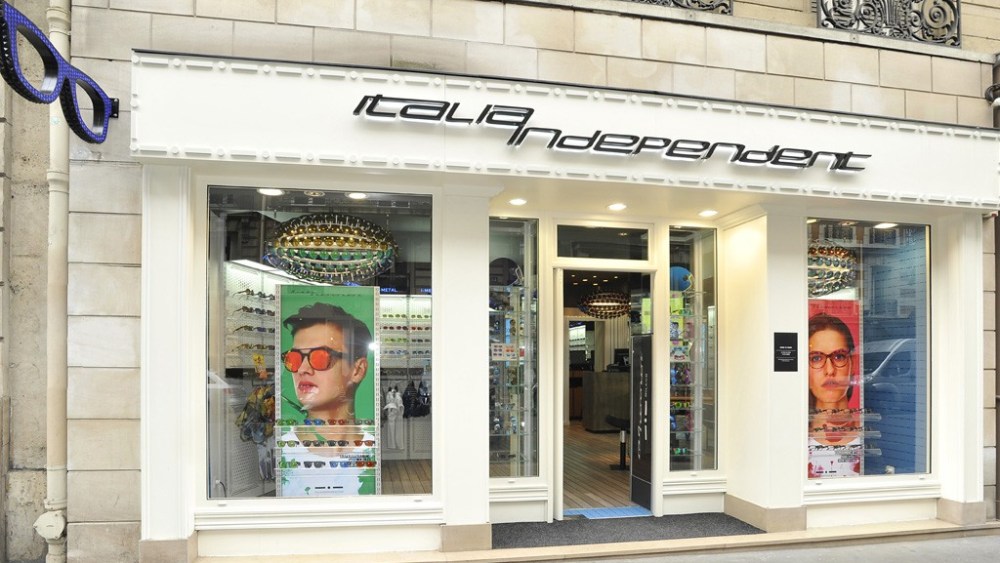 PARIS — Italia Independent has planted its first store in the French capital as it ramps up its retail expansion to telegraph the “lifestyle” ambitions of the eyewear-driven brand.

“The main objective is to support the wholesale growth, and increase the brand awareness,” Andrea Tessitore, cofounder and chief executive officer of the publicly traded firm, said of the 800-square-foot unit at 47-49 Rue du Four, which opens to the public today.

In the coming months, Italia Independent is to open boutiques in New York, Miami and Los Angeles, and is zeroing in on a location in Tokyo for early 2015.

Present in France since 2009, which it counts as its second-largest market after Italy, Italia Independent also operated one of its first temporary stores in Saint-Tropez.

“Going to an optical store today is not very exciting; it is not a shopping experience,” Tessitore said.

With its high-tech display fixtures, ancillary products and on-site ophthalmic services, Italia Independent aims to make the eyewear experience “more cool and fun” and spotlight “the innovation we are bringing to the market,” Tessitore said. A Made-in-Italy backstory adds to the brand narrative.

Tessitore declined to give first-year sales projections, but said the Paris store should reach break even within two years.

“To build the brand in a sustainable way, you need to have your own retail,” he said, adding that Italia Independent plans to open three or four locations a year for the next three years.

Italia Independent chairman and cofounder Lapo Elkann said the decor of the Paris store, by Changedesign, is meant to convey “a sense of modernity and innovation.”

Features include a “cloud” of color lenses overhead, a fixture in its Milan flagship, which opened last November.

Italia Independent has 11 other stores in Italy, 40 shops-in-shop and sells its collections to about 4,000 opticians and about 180 fashion stores around the world. Its third cofounder and managing director is Giovanni Accongiagioco.

Tessitore and Elkann trumpeted the brand’s democratic approach, with sunglasses priced mainly in the 100 to 150 euro, or $135 to $202.50 at current exchange, range.

“We want to create a sense of belonging, and a real and true experience when people come into the store,” Elkann said.

Salma Hayek and Karl Lagerfeld, who collaborated with Italia Independent on a number of frames last year, are among local aficionados of the brand.

“Paris is a city that that has a flair, and a level of sophistication and elegance that is extremely high,” Elkann added.

He said it’s flattering that other brands are now showing frames with velvet touches, an unusual eyewear material he introduced back in 2010. “Our objective is to always look one step ahead,” he said.

The Paris store is to showcase the brand’s range of collaborations: down jackets with Colmar; swim trunks and sunglasses with St. Barth; carbon fiber jewels and accessories with Airam; denim with Care Label, and eyewear with Chiara Ferragni.

This fall, it is to stock products done in collaboration with Adidas and carbon-fiber wallets with B-Made.