Internationalization and innovation were among the key themes at Mido, the international eyewear trade show in Milan. 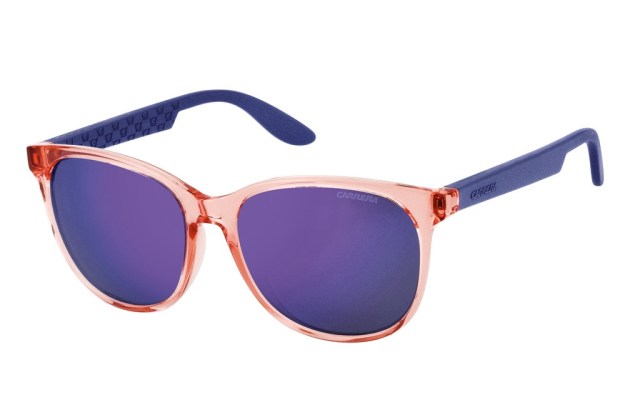 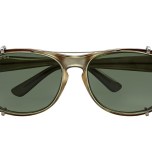 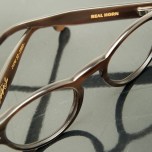 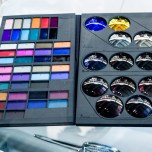 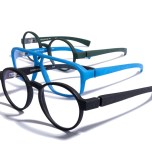 MILAN — Internationalization and innovation were among the key themes at Mido, the three-day international eyewear trade show, which closed here last week.

According to data provided by Anfao, the Italian Optical Goods Manufacturers’ Association, despite the stagnation of the internal market, which in 2012 registered a 4 percent drop in sales compared to 2011, Italian exports of prescription frames and sunglasses grew 11.2 percent to 847 million euros, or $1.1 billion at current exchange, and 5 percent to 1.7 billion euros ($2.2 billion) respectively. Exports to the U.S. increased 11.3 percent, and those to Asian countries jumped 7.1 percent.

At Mido, Luxottica presented new collections for its licensed luxury labels, including Prada, Miu Miu, Dolce & Gabbana and Burberry, along with Giorgio Armani and Emporio Armani, which this year returned under the eyewear maker’s umbrella.

The Armani labels were previously produced by Safilo, which showcased its latest creations for Dior, Gucci, Marc Jacobs, Bottega Veneta and Saint Laurent, and also put a focus on its own brands, Carrera and Polaroid.

At Marchon the year started strong, according to president and chief executive officer Claudio Gottardi. “We registered a double-digit growth in these first months.” He added the company’s success has been driven by the licensed high-end brands, including Valentino, Salvatore Ferragamo and Chloé, and by labels such as Calvin Klein, Lacoste and Nike, which are particularly strong in established as well as in emerging markets. This month Marchon also signed a licensing agreement to make and distribute G-Star’s first eyewear line, which will launch in October.

Allison, which in December completed a financial restructuring, is reorganizing its distribution network and after a three-year hiatus is relaunching its business in the U.S. and Canada. According to ceo Jacopo Romano, the company, which counts Asia as its main market, is also finalizing a production and distribution partnership in South America.

“Our first goal is to bring the EBITDA [earnings before interest, taxes, depreciation and amortization] up 20 percent,” said Romano.

At Mido, the company, which makes eyewear collections for fashion brands including Missoni, Moschino and Vivienne Westwood, unveiled its first collection for denim label Replay and launched two house brands, the young and casual Opposite and the more classic and sophisticated Hally & Son.

Allison also recently formed a joint venture with Moncler to launch the Moncler Lunettes eyewear line, which will be sold at the company’s boutiques and selected international opticians starting this spring. The first collection includes 21 styles, featuring classic shapes combining acetate and metal.

Berlin-based high-end Mykita, which celebrates its 10th anniversary this year, unveiled the fruits of its collaboration with Paris-based designer Damir Doma.

“We brought together the creative DNA of both companies,” said Mykita ceo and creative director Moritz Krueger, adding that the line will be available at the Damir Doma boutique in Paris, in luxury fashion stores and in about 800 high-end optical stores globally in the next couple of years.

Mykita generated sales of 18 million euros, or $23.4 million, in 2012. It counts the U.S. and Canada as its main markets, followed by France, Germany and Italy. “In 2012 we also increased our business in the Middle East and Eastern Europe,” Krueger said.

At Mido it launched a collection of seven unisex prescription frames in Mylon, a lightweight, comfortable material developed and patented by the German label in 2011.

Italia Independent also put the focus on prescription eyewear. The company announced its partnership with French lens manufacturer Essilor, which will enable the hip eyewear brand to offer professional ophthalmic services at its flagships.

“Our goal is to develop our business of prescription frames [by] trying to find a strategy to encourage our customers to change their frames more frequently,” said Italia Independent cofounder and managing director Giovanni Accongiagioco. For that reason, the brand is introducing a tailor-made service at its flagships, allowing clients to customize their glasses using a wide range of styles, shapes and colors.

According to ceo Andrea Tessitore, Italia Independent is currently concentrating on international markets. Two headquarters have opened in Tokyo and Miami, where the brand has filmed the new chapter of its “Be Independent. Everywhere” video saga, as well as commercial offices in Dubai, Paris and Barcelona. On the home front, it is opening two flagships in Italy in April, along with a boutique in Milan by the end of the year.

To satisfy the need of different markets and customer targets, Italia Independent has expanded its offering with products like I-Teen for kids aged eight to 14 and I-Sport, the company’s first line focused on sports. This range includes frames made with SuperFlex, an extremely flexible and durable material. The fair also saw the debut of the oversized I-Ultra, which is lightweight and virtually indestructible.

Mido also hosted the relaunch of storied French sunglasses manufacturer Vuarnet. The company, which was acquired by Alain Mikli International in 2009, in January came under the direct control of London-based private equity fund Neo Capital, which last November sold its 47 percent stake in Alain Mikli to Luxottica.

“We want to relaunch this brand — which in the Eighties was the second-most-distributed eyewear label in the world — exalting its core values and making something that’s very functional look cool and sexy,” said Vuarnet ceo Stefano Fabris, revealing that the company aims to double its business within two years.

Vuarnet produces its high-tech lenses in its factory outside Paris. It’s developing more up-to-date unisex styles, respecting the company’s sport-oriented heritage. They include the VL1302 and VL303 cellulose acetate designs, which are available in a black or blue version embellished with the French flag on the upper part of the temples, along with VL 0113, a reissue of one of Vuarnet’s most iconic frames. All the sunglasses, which are sold at prices ranging between 150 and 240 euros ($195 and $312), come with specific mineral lenses that include Citylynx, which reduces the intensity of city lights, and Skilynx, which cuts glare and reflection and increases perception of relief and depth of vision.

At Etnia Barcelona, founder and creative director David Pellicer said business has been “going extremely well. I think our clients appreciate that we have increased the quality while keeping our price points as low as possible.”

Pellicer added that sales have grown 30 percent annually for a number of years. The brand has just introduced Paris-Tokyo, its first sunglasses collection consisting of three unisex styles. To boost business and international recognition, Etnia is opening a flagship in Barcelona and collaborating with international artists to introduce a wide range of colors and develop exclusive limited-edition eyewear collections.

In the pavilion dedicated to design-oriented brands, Berlin-based Kuboraum made its debut with mask-inspired quirky unisex glasses featuring geometrical shapes. They include Ltd Burnt, a range of acetate frames burned by hand through a complicated process that makes each pair unique.