Wazen, who is Dubai-based, is debuting the new collection for her sunglasses label at Harvey Nichols in London.

LONDON — Social media-driven brands have been cropping up like daisies as influencers look to expand beyond Instagram. Karen Wazen is behind one of them, but she believes she’s found a way to cut through the competition.

The Dubai-based fashion influencer, who has more than 1.4 million followers, debuted her eponymous eyewear label late last year and chose a niche, targeted approach: Trend-driven sunglasses at affordable price points that were sold solely through her own website.

It worked, with many of the styles quickly selling out. Now, Wazen is ready to partner with retailers and speak to an international audience starting with a launch at Harvey Nichols in London this week.

Her glasses will be stocked at the pop-up by showroom Maison Pyramide on the fourth floor of the department store. The pop-up aims to highlight emerging talent.

Wazen chose the eyewear category for personal reasons. She said she’s insecure about having larger eyes and has always been drawn to sunglasses. She also wanted to create something for herself after doing marketing for other brands.

“That’s where I saw the opportunity. I had been marketing other brands rather than putting my name on a product, but since I had my own thoughts and opinions on how a pair of glasses needed to be designed, I decided to just do it,” Wazen said in an interview.

That personal touch allowed her to stand out from the influencer pack and engage more with her followers. 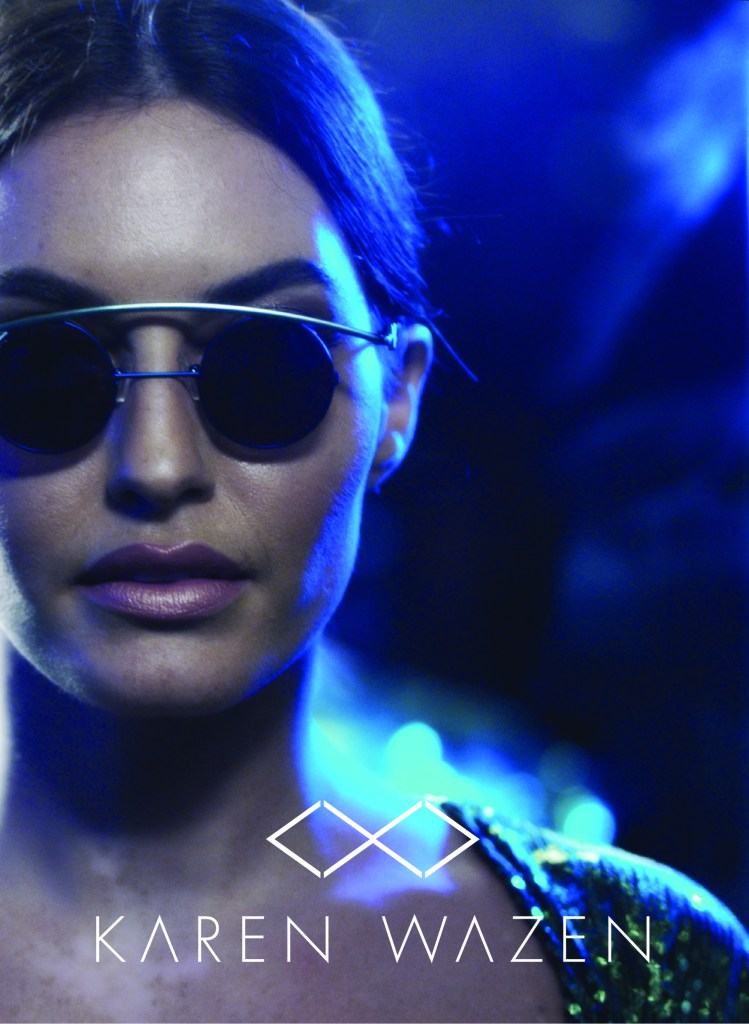 “A lot of brands had contacted me about doing collaborations in the past, but I never accepted any offers because I knew that the day I put my name on something would be the day I create an entire brand and not just leverage off my following. I did not want my followers at any point to think that I was taking advantage of the fact that I had an audience. I wanted it to be the opposite, where I would be bringing something to them,” said Wazen, adding that having the right price points and maintaining control of the shopping journey by choosing the direct-to-consumer route have also been part of her success.

“I don’t want the sunglasses to be a luxury product in terms of pricing. We want to be seen as a luxury product when it comes to branding and the quality of the product, but when it comes to the price range, which is between $135 to $145, it’s affordable luxury. Trends are moving really fast due to social media so I don’t want people to buy a pair of glasses for over $400 and feel they are already out of style,” Wazen added.

The brand’s range includes retro round glasses, cat-eye styles or thin, rectangular-shaped glasses in trendy red or blue colored lenses that have been making waves on Instagram.

The social platform has also been a driver behind the brand’s successful launch, with Instagram stories and swipe-ups the major sales drivers, Wazen said.

This also allowed her to gather instant feedback and tweak the packaging and the sizes of some of the styles – with some customers asking for larger versions of the glasses, for instance. 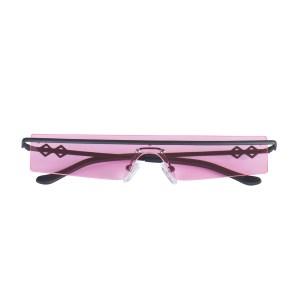 A style from the By Karen Wazen new collection  Courtesy Photo

“I wanted to make sure I had complete control over our communications and that customers could come directly to give me feedback about the products and service. I did not want to start off with a massive retailer, I wanted it to be more personal, so that we can adapt as we go along.”

Wazen’s Instagram audience is mainly based in the Middle East, so the region has been the biggest sales driver so far. Wazen is now ready to give both her personal brand and her eyewear label an international push.

She makes a point to attend key international events. She is at all major fashion weeks and recently walked the red carpet in Cannes in a lime green Rami Kadi dress. Following the Harvey Nichols launch she is also keen to look for further retail partnerships in other territories.

“My content on social media is not limited to an Arab speaking audience, it’s international and for anyone in the world to relate to. Through my platform, I also want to highlight how different Arab women can be — it’s not just the woman you see on television, there is a lot more to her,” Wazen said.