To coincide with its 50th anniversary, the brand is debuting a new campaign and Harrods pop-up with proceeds going toward the charity, Smart Works.

LONDON — Eyewear label Linda Farrow is turning 50 this year and using the milestone as an opportunity to take stock and highlight the values at the core of the brand — namely female power.

“Linda Farrow stood out in a male-dominated industry in the Seventies in London, bringing a woman’s touch as a creative and changing the way people view eyewear,” said Simon Jablon, Farrow’s son who relaunched the business in 2003.

Farrow can now be seen posing in a pair of black frames, a glamorous turban and statement jewels as part of the brand’s 50th anniversary campaign, alongside 50 other women from London’s creative circles shot by photographer Lily Bertrand-Webb. These include Harrods’ fashion and buying director and longtime friend of the brand Lydia King; British authors like Elizabeth Day, Scarlett Curtis and Naomi Shimada; designer Rosh Mahtani who has just scooped the Queen Elizabeth II award for British design; Browns chief executive officer Holli Rogers, and The National Gallery’s director of development Anh Nguyen, among many others.

“We wanted to switch the spotlight to other women in London, what their stories are and how they can inspire others,” added Jablon. 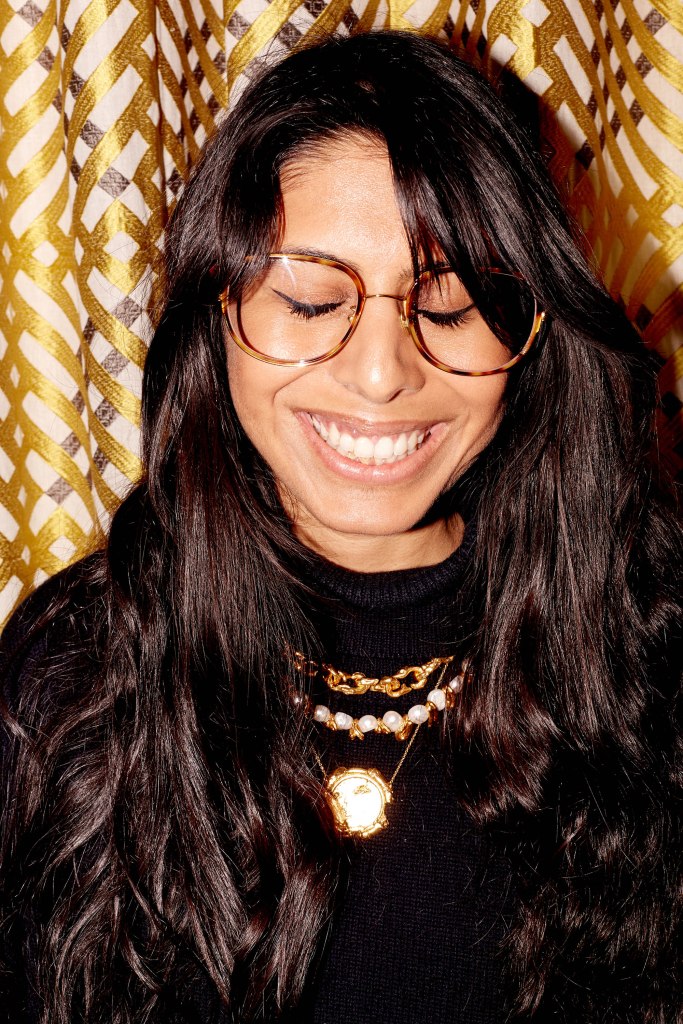 The frames in the campaign, which include a series of brand classics such as aviators or oversize cat-eye frames, will be showcased in a new dedicated pop-up opening in Harrods on March 20, with 50 percent of sales proceeds going toward the charity Smart Works.

Smart Works offers women free clothes and job interview training and has previously been endorsed by Meghan Markle and brands including Burberry. The brand will also be donating more than 200 pairs of glasses to the organization and taking over a series of the department store’s main windows to toast the initiative.

“It was a last-minute idea but we wanted to make it happen because there was an opportunity to highlight both the brand and charity with the pop-up space and exhibition windows,” said Lydia King, highlighting the label’s jewel-like chains and high-quality frames as standouts. She said they sit well next to the store’s ready-to-wear offer. “Linda Farrow has always been very authentic and a pioneer when it comes to collaboration, it’s very diverse in its offer and our customer is always buying into [the brand].” 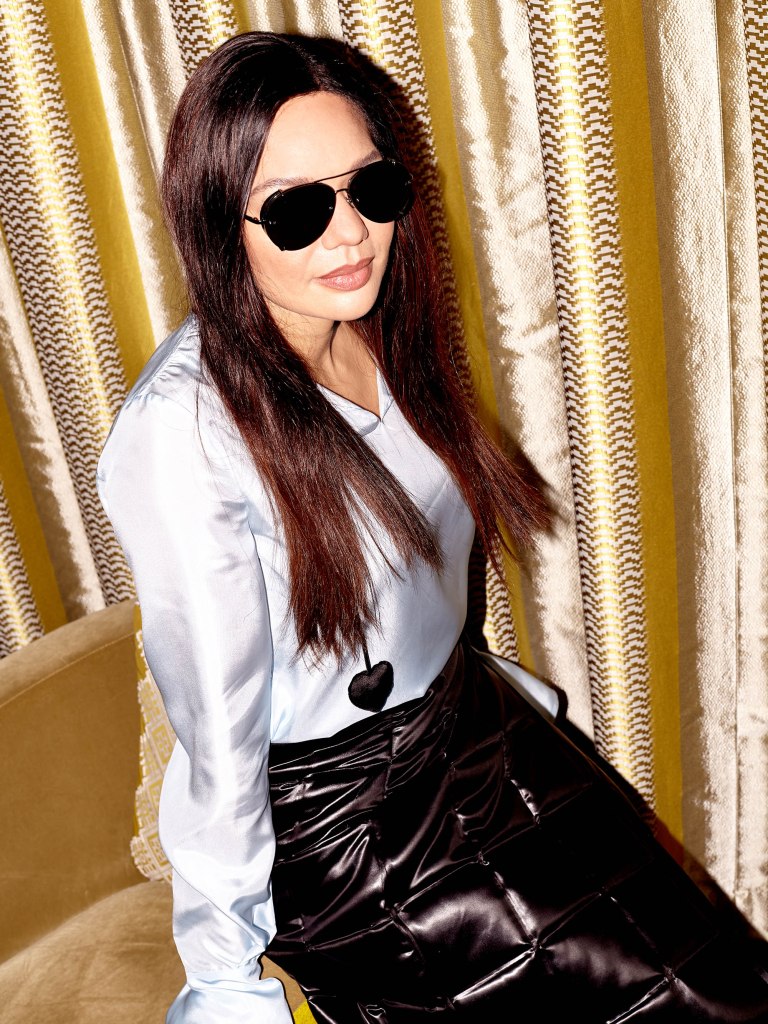 For Jablon, ongoing collaborations have been key to keep the brand “in constant motion.” He has previously collaborated with the likes of Alexander Wang, Yohji Yamamoto, The Row, Christopher Kane, Phillip Lim and Jeremy Scott. Most recently, the brand debuted tie-ins with labels-of-the-moment Attico and Magda Butrym, dropping in stores later this year.

“You need to bring in people and ideas into a brand to help it evolve and give it new life. We have to keep being creative, keep doing something new and keep the experience agile,” he added.

For Jablon, who like any other business owner has had to face the shifts imposed by the spread of COVID-19, this 50th anniversary was also a time to reflect, and think about what the future looks like for Linda Farrow and the broader industry.

“We’re already starting to see signs of the future with the coronavirus situation. It’s speeding up the predominance of the digital experience even more,” Jablon said. “How many people will be working from home in the next few months? Shopping online will be accelerated, so the question is what will happen with off-line? The future is about a better customer experience both online and off-line. If people are not going to be touching a brand so much physically, then they need to be experiencing it some other way through stories, collaborations or charity initiatives.” 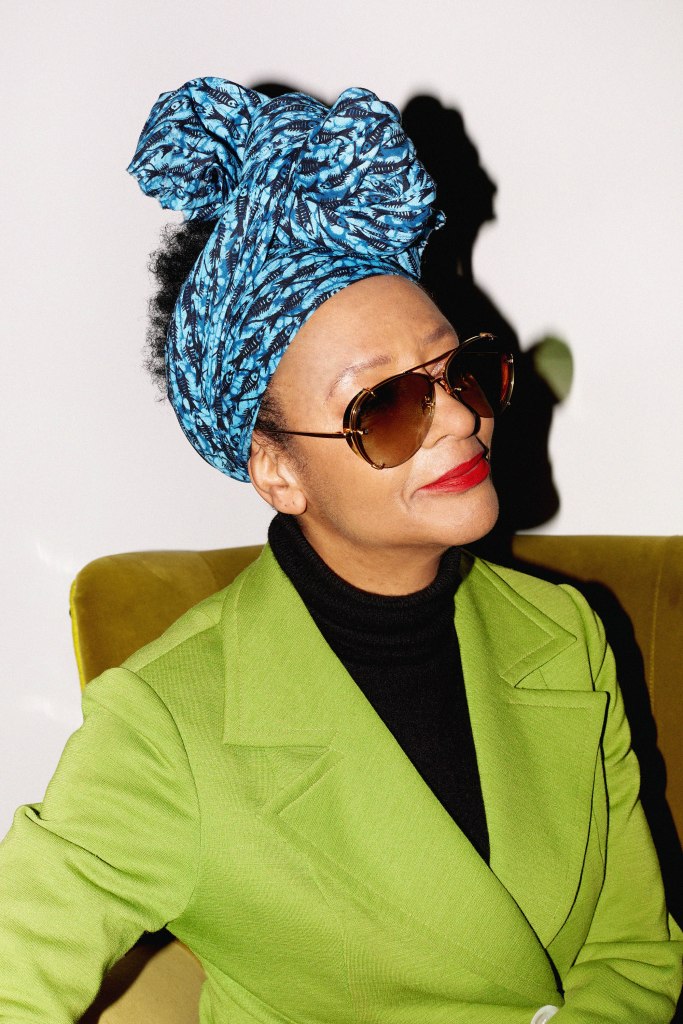 Jablon added that following big trade show cancellations, the brand has also been shifting to virtual appointments on an internal basis, too.

As the brand looks ahead, sustainability is another big part of its agenda with Jablon pushing the use of recycled acetate in favor of the biodegradable version, which still takes a thousand years to biodegrade unless buried into soil.

“We’re not a big volumes player but we still want to use our voice to promote this material, so that the end consumers start demanding recycled acetate and pushing the really big eyewear groups and retailers to start manufacturing or buying recycled acetate,” said Jablon, adding that he sees the brand sticking to its luxury niche in the next 50 years. “I don’t think there’s mass scalability here. The idea is to become global but local, which means offering customers in different countries a more local touchpoint. But we’re still serving a luxury, niche consumer who wants to feel special when they buy our product. If they saw it on every street corner, then our desirability disappears with that.” 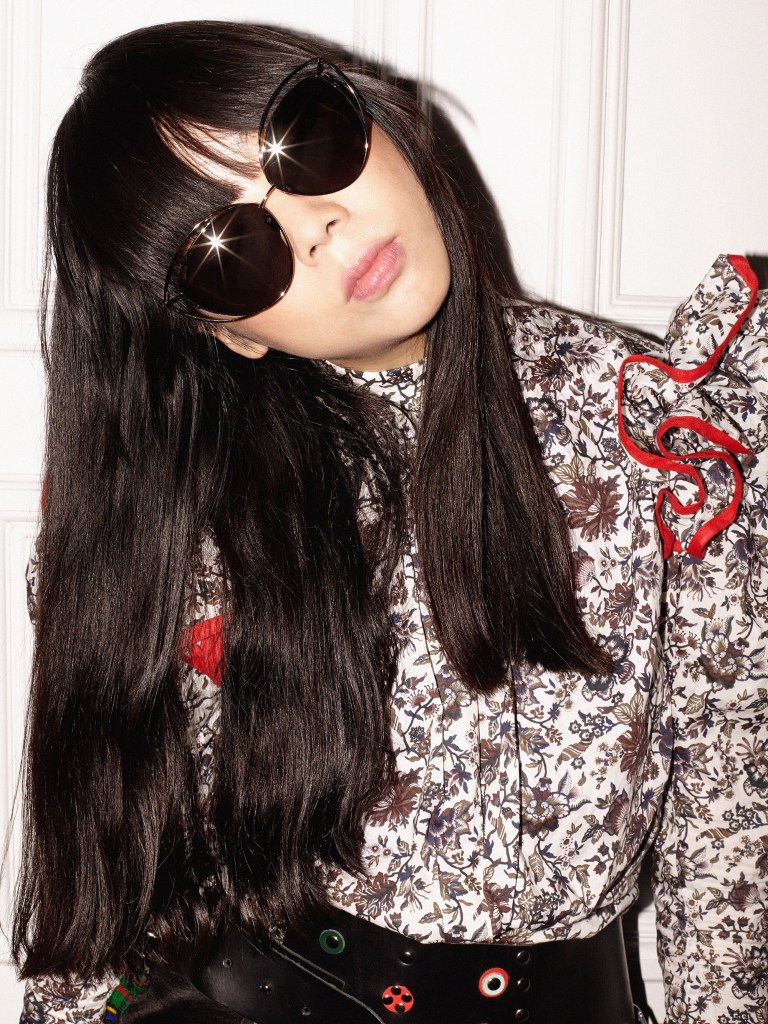