The collection will be available this spring. 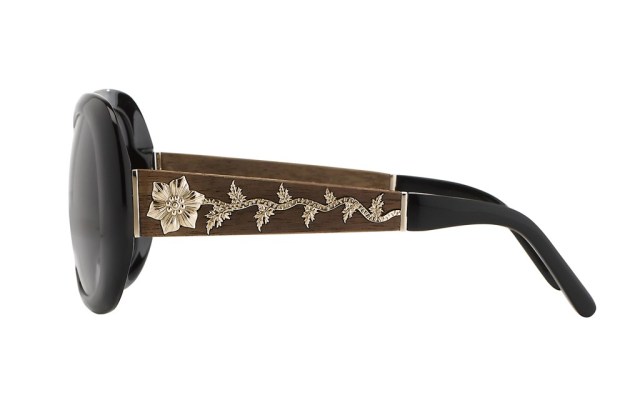 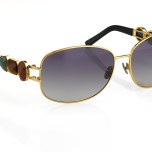 This story first appeared in the October 31, 2011 issue of WWD. Subscribe Today.

The multiyear deal came together through Simon Jablon, Farrow’s son and the company’s owner, and his wife Tracy Sedino, who both work at the London-based company and are friendly with a de la Renta executive. Sedino also bought her wedding dress from de la Renta. “Clearly, there is a lot of overlap in terms of taste between what the Linda Farrow folks think is tasteful and what we think is tasteful. That is always a great place to start a partnership,” said Alex Bolen, chief executive officer for Oscar de la Renta.

De la Renta sunglasses will debut in January in the designer’s 13 boutiques, on his e-commerce site and through a selection of international specialty retailers. There are also plans for Linda Farrow to introduce de la Renta eyewear.

There are nine styles of the handmade sunglasses, all of which were inspired by de la Renta’s ready-to-wear and jewelry. The frames are made from acetate and titanium, and feature such touches as gold, silver, platinum and other precious metals. There also are accents of African and white jade, coral, mother of pearl, snakeskin jasper, tigereye, agate, petrified wood, red aventurine and hematite. Sunglasses will retail from $500 to $1,000. Most unusual is a pair with a rose motif on frames hand-carved from woolly mammoth tusk that was sourced in Siberia and is more than 12,000 years old.

Farrow also has collaborations for an assortment of accessories with Agent Provocateur, Dries Van Noten, Alexander Wang, Prototype by Yohji Yamamoto, Raf Simons and The Row, among others.