MILAN — A new home, a new logo and an addition to the team: Marcolin is marking its 60th anniversary looking ahead and refreshing its brand equity and business structure to gear up for the next chapter of its history.

On Tuesday, chief executive officer Fabrizio Curci opened the doors of Marcolin’s new headquarters here, which reflect the new course of the Italian eyewear company and its increased integration between the physical and digital worlds.

Moving a few doors down the central Corso Venezia avenue compared to the previous offices, the new 6,458-square-foot site boasts more meeting rooms and lounges spread over two floors, including a conference hall featuring digital tools and cameras enabling the staff to zoom into details while presenting the collections remotely.

Curci’s goal is to pivot the whole company toward a more efficient and flexible business model and to speed its production, optimizing the time-to-market. “We need to reason always in efficient terms and be able to balance in the best way possible speed with action, to move with reduced timings compared to the ones we had in the past. And the pandemic in this sense acted as a stimulus for us,” the executive said.

As reported, in his first interview with the press, Curci teased the reorganization of the company, its key functions and management, intersecting responsibilities across the board. In sync with this approach, the company quietly welcomed Alessandro Beccarini to its team last year, tapping him for a newly created role of style and product development director, which Curci defined “essential.”

Leveraging extensive experience in the eyewear industry working for companies such as Prada and Luxottica, Beccarini now oversees the management and development of all the group’s eyewear collections globally.

“The organization was divided in clusters and I decided to have one person that could [oversee] all activities of style and product development not only across all brands but also regions,” said Curci, underscoring that the move “enables us to have a more linear path to follow on a daily basis.”

The move is in tune with other changes in terms of personnel and the reconfiguration of departments implemented over the past year to “enhance the management skills of the company,” Curci said.

Simultaneously, Marcolin invested in the digitalization of internal processes and automation across the supply chain, as well as a reconfiguring the factories to optimize production. 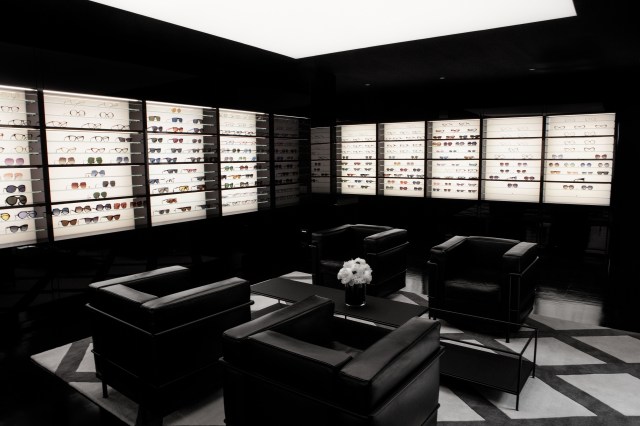 The company’s commitment toward ESG practices and research into new materials was also stepped up. For instance, when a regulation demanding traceability during the production of optical frames was introduced earlier this year, the company decided to extend such procedures even to its sunglass assortment.

To have more control over commercial activities and take faster decisions, Marcolin has also recently taken full control of its subsidiaries in China and Russia, and is gearing up to unveil new headquarters in China in the coming weeks.

“There is an opportunity in Asia that needs to be built up,” noted Curci, adding he expects significant developments in the Far East as well as Russia in the future.

So far, Marcolin’s global network consists of 14 subsidiaries worldwide, located in Europe, Russia, in the U.S. and Brazil, in Asia (Hong Kong, Shanghai, Singapore) and in Sydney. There are also two joint ventures, in Mexico and the United Arab Emirates, while overall the company distributes its products in more than 125 countries.

“The company is in a good shape. We are noticing we’re coming out of this tough period, and the numbers are starting to confirm this feeling,” commented the executive, revealing that figures for the second quarter, which still need to be approved by the board, also point in the same, encouraging direction.

To mark the company’s latest phase and further telegraph its new slender and more immediate approach, Marcolin retooled its corporate logo, cutting the “eyewear” description from it, and creating an additional one for its anniversary. 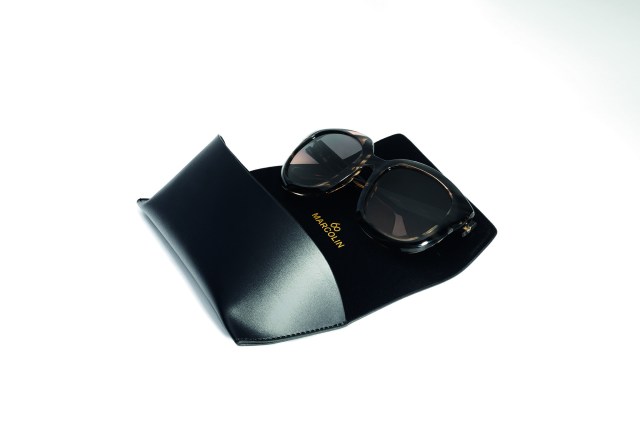 In particular, the celebratory emblem — which intertwines the number 60 with the symbol for infinity to form a pair of optical frames — adorns the packaging of a special collection of sunglasses launched under Marcolin’s house brand Web and available to purchase at a selection of opticians starting from this month.

Available in two styles — a squared one for women and a vintage-inspired pilot shape for men — the acetate sunglasses recall the materials and colors of the natural landscape of Longarone, in addition to boasting signature Web elements like the torchon metal detail embellishing the temples and nose bridge.

“Web is at the center of our attention, firstly because it’s a beautiful brand with a charming history, and then because it is recognizable. We took this occasion as a chance to rethink the brand and focus on making sure it is loyal to the aspects for which it was founded and it is known for, so its quality and distinctive symbolism,” Curci said.

While the company’s attention is on revamping Web, last week Marcolin and Diesel revealed they have mutually agreed to end their licensing deal for Diesel eyewear collections after almost a decade of partnership.

Curci said the firm is not looking for any replacement nor other acquisitions since Marcolin’s portfolio is balanced in covering different segments in the industry.

“It’s not like we’re missing brands,” noted the CEO, highlighting that over the past two years the company has inked deals with many labels, developing two lines for Adidas and three brands for the Max Mara Group, among others.

“Today, the winning strategy is to make quality products fast. To be fast and reactive seems obvious but it’s not in this industry. So this is the main topic we’re facing, focusing on processes and operations: Our home needs to be in good shape first and then we can look at the other opportunities popping up,” concluded the CEO.

PAI Partners controls 74.7 percent of Marcolin, LVMH Moët Hennessy Louis Vuitton has a 10 percent stake and other investors hold 15.3 percent of the shares. LVMH set up a joint venture with Marcolin to create Thélios, which became operative in 2018 and produces and distributes eyewear collections for brands ranging from Celine and Loewe to Dior and Stella McCartney. LVMH has a 51 percent stake in Thélios and Marcolin holds the remaining shares.