Following the acquisition of Viva International about a year ago, the Italian eyewear powerhouse has finalized the integration. 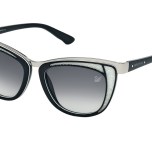 MILAN — Following the acquisition of Viva International about a year ago, Italian eyewear powerhouse Marcolin Group has finalized the integration of the North American eyewear manufacturer, previously controlled by holding company HVHC Inc., into its American branch. Called Marcolin USA, this operates in all the North, Central and South American markets except for Brazil.

The integration involved all the departments, including product development, sales and operations.

As Marcolin USA chief executive officer Fabrizio Gamberini explained, the American arm set up a team with the goal of globally developing the brands in the company’s portfolio.

The Viva acquisition added to Marcolin’s stable some of the most popular eyewear labels in the American market, including Gant, Timberland, Cover Girl, Skechers and Guess. The latter represents the most-distributed brand in Viva’s portfolio and is sold in 9,000 stores across the Americas.

“Marcolin was originally strong in the luxury business,” said Gamberini, “so by acquiring Viva, we are expanding our presence in the middle segment of the market.”

Swarovski is also posting outstanding performances. “Since the acquisition, the brand is experiencing a 121 percent growth compared to last year,” said Gamberini, who listed investments made by Marcolin and a larger sales force among the reasons for the brand’s success across the U.S. Swarovski eyewear collections are available in most of the country’s department stores, including Dillard’s, Lord & Taylor, Von Maur, Saks Fifth Avenue and Bloomingdale’s.

The sales teams of Marcolin USA and Viva International were also fused and organized into three divisions handling the distribution of different brands.

“Each division, which covers about 35 percent of the opticians in the Americas, counts between 60 and 65 salespeople,” Gamberini said, noting that most of Viva International’s sales force has been incorporated in Marcolin USA, including two vice presidents. “The integration wasn’t done in a perspective of mere acquisition, but we focused on the talent of the people in each role.”

The acquisition of Viva, an operational part of the strategic business plan of Marcolin parent PAI Partners, a private equity firm, will help expand the Italian firm’s optical business. While previously this accounted for 30 percent of Marcolin’s business, now it represents 50 percent.

“The sunglasses business is very cyclical, while the optical side is much more constant,” said Gamberini, pointing out  that optical frames used to account for 90 percent of Viva International’s total business.

In 2013, Marcolin and Viva International posted combined revenues of 345 million euros, or $458 million at average exchange.