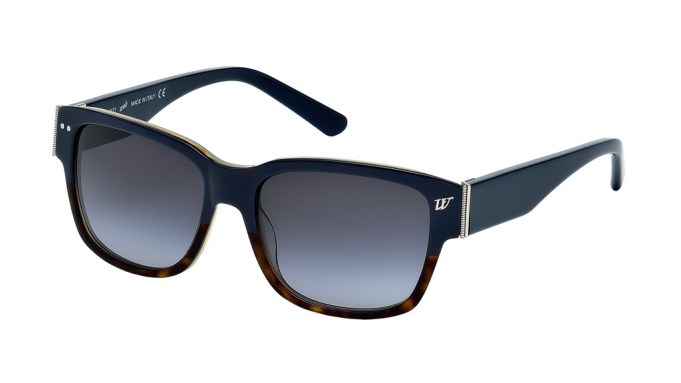 MILAN — Looking to expand international business, Marcolin SpA is strengthening the focus on its licensed brands and growing in regions around the globe.

After many years of showing at the international trade fair Mido, the eyewear giant has opted for a photo exhibition to showcase its major spring 2014 frames.

Considering itself an “artisanal eyewear atelier,” the company is putting “an even bigger focus on our brands, so we decided to organize an event celebrating our labels and our craftsmanship,” said Giovanni Zoppas, chief executive officer of Marcolin, which produces and distributes for such brands as Tom Ford, DSquared2, Roberto Cavalli, Swarovski and Tod’s, among others.

On March 5, Marcolin will unveil the exhibition at Milan’s Edit space, former home to the storied Grazia Neri photo agency, which closed in 2009. The show will include images shot by 15 international photographers, who captured artisans and artists wearing signature Marcolin frames in their ateliers around the world.

However, at Mido the company will relaunch its house brand, Web, which will be presented with the new name, “W Eyewear.” Zoppas said Mido is the right venue in which to introduce new projects.

He added that the company’s goal is to rediscover the brand’s roots: travel.

To drive home the message, Marcolin created an ad campaign inspired by Black Rock City and the Burning Man festival in Nevada.

According to Zoppas, these new initiatives are in line with the business strategy of Pai Partners, the European private equity firm that bought 78.39 percent of Marcolin in October through Cristallo SpA, a company indirectly controlled by funds managed by Pai.

Marcolin has since been delisted after a voluntary tender offer on the remaining shares and the acquisition was completed this month.

Marcolin was previously controlled by brothers Diego and Andrea Della Valle, who invested in the eyewear company in 2004 and held a 40.6 percent stake; the Marcolin family, who owned 30.58 percent of the company, and Italian entrepreneur Antonio Abete, with 10 percent.

“The entry of Pai Partners in the company marks continuity in Marcolin’s approach to both the brands and the markets, strengthening the company’s ability to deal with brands in the different international markets and to work in the most efficient way in collaboration with our clients’ network, ” Zoppas said.

He said Pai has made important investments in terms of human resources, hiring new high-profile executives to develop the company’s internal organization. In January, Marcolin appointed Massimo Stefanello as its chief financial officer and chief operating officer, along with Valerio Giacobbi, a veteran of competing eyewear giant Luxottica Group, as its general manager of sales, marketing and business strategies.

“We are currently focusing on all the markets — they are all important for us,” said Giacobbi, who pointed at Brazil, the Middle East, Far East and China as the areas that are experiencing rapid growth. Last November, Marcolin punctuated its interest in Asian markets by opening a showroom in Hong Kong.

“The decision to open a showroom there is just the start of a strategy to reinforce our presence in the area,” said Giacobbi, who also highlighted the importance of developing frames with Asian fits as well as completely new styles to meet those markets’ needs.

The U.S. continues to have a relevant role for the business of the company, which also features some brands with particular Stateside appeal, such as Kenneth Cole Productions Inc., Timberland Co. and Cover Girl.

The company has felt the pinch of markets that have suffered during the prolonged economic doldrums, Zoppas said. In the first nine months of 2012, Marcolin’s net profit decreased 32.4 percent to 11.7 million euros, or $15 million, from 17.3 million euros, or $24.2 million, in the same period in 2011.

Revenues dropped 3.6 percent to 162.5 million euros ($208 million) from 168.6 million euros ($236 million). Dollar figures were converted at average exchange for the periods to which they refer.

Zoppas noted, “We expect to close the year in line with our nine-months results.”