In addition to the global launch of Fendi, and new brands Bobbi Brown and Jack Spade, Safilo also unveiled its own capsule collection.

By Lauren McCarthy on May 7, 2014
View Slideshow 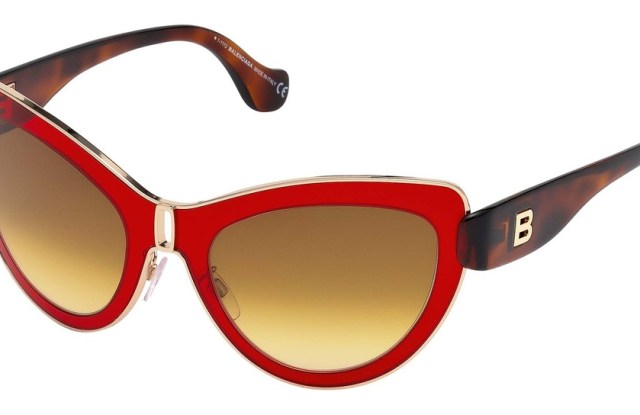 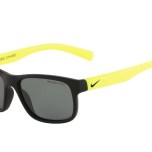 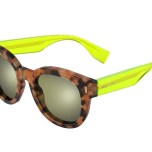 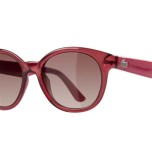 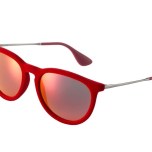 Old meets new: that was the theme at this year’s Vision Expo East. Vendors from the optical world highlighted new launches and acquired brands while old favorites continued to reign supreme in terms of style.

The new took center stage, as executives showed off their latest wares. In addition to the global launch of Fendi, and new brands Bobbi Brown and Jack Spade, Safilo also unveiled its own capsule collection, created in honor of the company’s 80th anniversary.

“To celebrate this important anniversary, we have worked in partnership with designer Marc Newson to create a capsule collection dedicated to our 80 years,” said Luca Fuso, Safilo Group’s global head of proprietary brands. “It’s a project that interprets one of the most iconic styles of the brand, the 3003/N.” For the collection, Newson incorporated important Safilo manufacturing elements such as its trademarked Optyl thermosetting plastic and Elasta 80 flex hinge.

At Marchon, which produces eyewear for Calvin Klein, Chloé, Jil Sander and Valentino, among others, president Claudio Gottardi cited the European launch of G-Star as a positive boost for the company. Teen-focused lines for existing brands Lacoste and Nike had also provided what Gottardi described as a “sales explosion.”

Balenciaga sunglasses, done in bright colors and double lenses, were the hot new ticket at Marcolin. “We introduced [Balenciaga] to Bergdorf Goodman and Neiman Marcus in November,” said chief executive officer Fabrizio Gamberini. “Now we are going broader, but we’ll continue to be selective with a brand like this. They’re very classy but at the same time very fashionable. The double-lens treatment is very unique and exciting for us. Frames like these stand out.” Gamberini noted that the company’s established brands — Roberto Cavalli, Diesel, Tod’s and Dsquared2, among them — continued to sell, with Tom Ford leading the pack.

“Tom Ford is growing in double digits, still,” he said. “He’s a powerhouse. When you talk to Nordstrom’s, Saks, Bergdorf Goodman, he’s always number one or number two. He is very smart — he’s keeping the business very safe for us.”

Luxottica, home of Persol, Oakley, Burberry, Prada, Tory Burch, Chanel and Coach, among others, paid tribute to its arguable breadwinner, Ray-Ban, with an entire third of the booth dedicated to the optical giant. “The classics are still selling best,” said Holly Rush, president of wholesale, North America. Rush estimates that Aviator and Wayfarer models account for 75 percent of all Ray-Ban sales. To keep the classic frame feeling new from season to season, Rush stressed the importance of reinventing the design through new materials. The Ray-Ban “lounge” showcased the classic Wayfarer done in leather, velvet and matte plastic.

Luxottica has also unveiled a new e-commerce tool, Ray-Ban Remix, where customers can customize the colors on six popular Ray-Ban frames, as well as change lens type and add temple engraving. “There are storytelling pieces and there are trend pieces,” said Rush. “The trends right now are mirrored lenses. Flash mirrors for us were really big this year.”

Flash and mirrored lenses, a popular trend at last year’s show as well, proved their staying power with nearly all major sunglass retailers introducing new styles in the reflective design. Oliver Peoples incorporated the lens with another trend, a modern cat-eye, with its Emmy frame, offered in a silver flash mirror lens. The brand also updated its existing Sofee style in three new crystal color and mirror iterations. Oliver Peoples was also among those making a strong optical push, with three new styles: the Wildman, Pressman and Ollie. Carolina Herrera, in partnership with De Rigo, doubled its current style count with 10 new styles. Toms has also entered the realm of optical, expanding upon their initial sun offerings. As with sunglasses, each pair of glasses sold gives the “gift of sight” to someone in need, whether through prescription glasses, surgery or other medical treatment.

In both optical and sun, quality was the overarching buzzword. Luxury brands, such as Leisure Society and Sama, cited an absence in the market when it came to upscale frames. “I think in general that there’s always been a disconnect,” said Shane Baum, designer of Leisure Society. “I always thought it was unusual that a woman would walk the red carpet in a $50,000 dress, $4,000 on her feet, $150,000 in jewels and then wear $300 glasses. It was because nobody really went the extra mile to make them luxurious.” With prices reaching $1,220, Leisure Society frames are cast out of pure 12-karat, 18-karat and 24-karat gold-plated titanium. Sama designs are crated from a cellular acetate made only in Japan that holds its shape in heat. Prices range from $250 to $1,285, with most hovering around the $500 mark. The key to luxury eyewear, according to Baum, is “reeducating the consumer.” “It’s telling them, ‘Look, this is a frame that’s made to last for 50 years,’” he said. “Your grandchildren can fight over who gets grandpa’s glasses.”

Luxottica’s Rush likened the idea of investment to other fashion accessories. “Think about how many pairs of shoes or handbags a woman has in her closet,” she said. “The average person has two pairs of glasses. Obviously there is a huge gap and a big opportunity….The fastest-growing segment in the market today is premium sun, and it’s very underpenetrated. We see huge opportunity to show people that having quality pair of sunglasses is a great investment to protect your eyes and look good.”