The eyewear fair in Paris took place against a backdrop of declining European demand for sunglasses and optical frames. 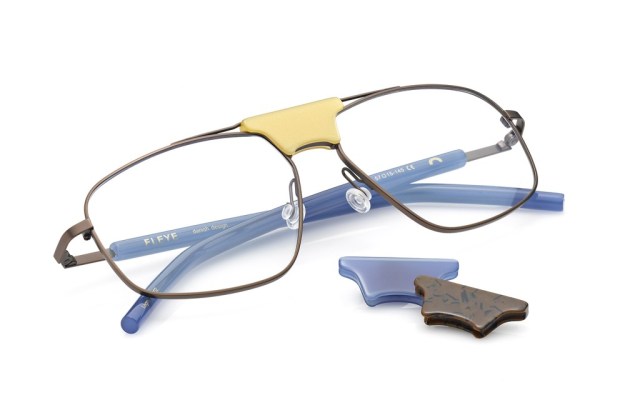 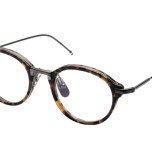 PARIS — Custom details and natural materials were among the trends that emerged at the Silmo eyewear fair in Paris, which took place against a backdrop of declining European demand for sunglasses and optical frames.

Total turnover in the European optics market rose 0.7 percent in the first half of the year to 7.3 billion euros, or $9.59 billion, according to data from market research company GfK. All dollar rates are calculated at average exchange for the period to which they refer.

The sunglasses market saw revenues drop 7 percent in value terms in the first half. “This drop confirms the negative performance seen in 2012,” GfK said.

Last month’s event at the Parc des Expositions north of Paris drew 35,103 visitors, up from 34,696 in 2012. Of these, 44 percent were French and the remainder internationals, a roughly similar ratio to last year.

“E-commerce Web sites and affordable price points are two of the biggest trends in the optics market right now,” noted Whitney Kessler, an accessories editor at the trend forecasting and analysis Web site Stylesight, noting that both Steven Alan and Cynthia Rowley launched e-commerce sites in tandem with their new lines.

“Rowley markets the affordability of her frames, as does fast-growing startup Warby Parker, whose brand is built around value-based pricing,” said Kessler. Warby Parker’s board members include J. Crew Group Inc. chairman and chief executive officer Millard “Mickey” Drexler, who has also invested in the firm.

“Growth is happening in the optics market, and new developments like brand expansions, designer collaborations and store openings reflect companies’ willingness to invest in that area,” Kessler added.

The use of natural materials was a predominant theme at Silmo, as exemplified by leather temples at The Row and horn frames by Hoffmann Natural Eyewear.

Magdalena Tarasewicz, owner of Andy & Mag, an upscale eyewear boutique in Warsaw, Poland, was eager to find models with wood frames because they are “natural and light.” She said she was impressed with Dolpi, a year-old label that creates frames exclusively from trees in the Dolomite mountains of northeastern Italy.

Custom details were also a notable trend. “Brands showcased features like detachable arms,” noted Kessler, while Danish brand Fleye updated a classic aviator frame with customizable colored acetate pieces that clip onto the bridge, and could be easily switched up to match one’s mood or outfit.

The Silmo d’Or award for creativity in the frames category went to Los Angeles-based eyewear brand Dita for its Thom Browne TB-011 model. Describing the frame as “classic, with a little modernism,” Dita cofounder John Juniper said “smart looks” have been “settling in” for some time, and are here to stay.

He noted that Dita frames are handmade in Japan. “[It’s] where the last of the craftsmen are,” Juniper said. “The old-style craftsmen with black fingernails that have been doing it for 35 to 40 years.”

Indeed, the other contenders for the creativity award in the frames category included three brands from Japan — Kame Mannen, Masunaga and Sugimotokei — in addition to Hapter from Italy. Factory900 from Aoyama, Japan, won the Silmo d’Or award for creativity in the sunglasses category with its FA-1111 model.