NGG established its eyewear division in September 2020. Currently, it is focuses only on the creation of frames for Palm Angels and Off-White.

The Milan-based fashion group, controlled by Farfetch, last September established a new division, dedicated to the design, development and manufacturing of sunglasses and optical frames.

According to a statement from the company — which operates Palm Angels, Ambush, Alanui, Opening Ceremony, Heron Preston, Marcelo Burlon County of Milan, Kirin Peggy Gou, Unravel Project, as well as the Off-White license — the division aims to apply the same speed and flexibility that defines the organization to eyewear, a sector that traditionally requires longer lead times.

NGG’s move follows in the footsteps of Kering and LVMH Moët Hennessy Louis Vuitton’s creation of their directly operated eyewear divisions, Kering Eyewear and Thélios, the company LVMH established in 2017 teaming up with eyewear specialist Marcolin.

The first fruits of NGG’s new division will be unveiled this week, with the commercial launch of Palm Angels’ mini collection for spring 2021.

“The first time we approached eyewear as a brand was for a capsule we designed for Moncler Genius, which was highly successful. Then we started thinking about developing our own eyewear, which is a product category very in line with the brand’s core, rooted in the Californian style,” said Palm Angels founder and creative director Francesco Ragazzi. “We started with two styles, but from the next collection we will develop more sunglasses and also optical frames.” 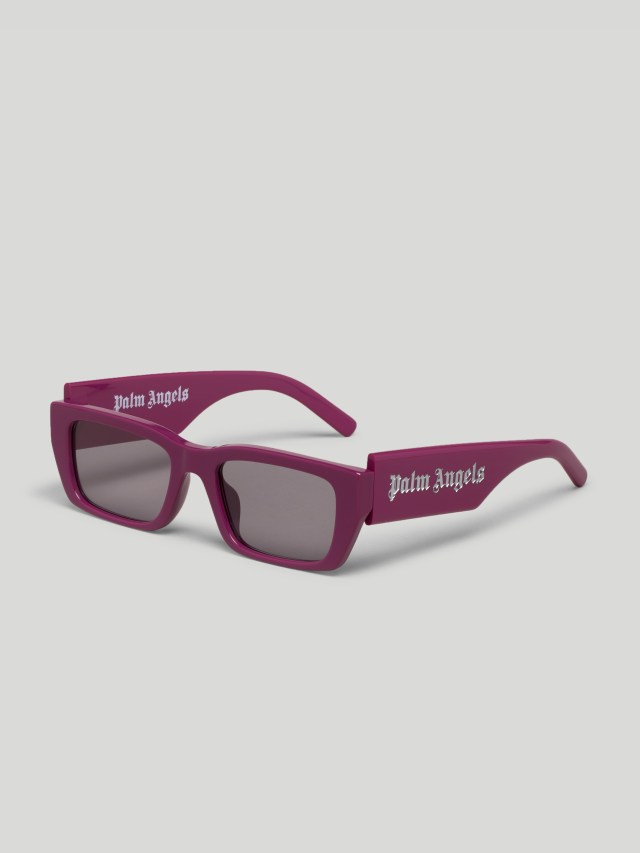 The first Palm Angels eyewear range includes two unisex styles, Palm and Angel, both defined by a ’90s inspiration, reflected in the choice of rectangular, narrow acetate frames enriched with a large metallic application of the signature Gothic Palm Angels logo. The color palette ranges from neutrals, including black, white and tortoise shell, to green, gray, lilac and purple.

According to Ragazzi, the sunglasses, which will retail between 200 euros and 250 euros, will be distributed in select destinations. “We created a super short list of retailers in order to keep this collection highly desirable,” said the designer, adding that the new eyewear styles will be available from Thursday at boutiques, department stores and opticians worldwide, as well as at the Palm Angels online shop and at Farfetch.

To promote the launch of the capsule, the brand included the sunglasses in a series of images shot by David Sims, who lensed the brand’s spring 2021 advertising campaign.

For the moment, the NGG eyewear division will be focused on developing the eyewear of Palm Angels and Off-White.

Palm Angeles is opening its first store in July in Miami. “It’s going to show a very new, innovative concept,” said the designer, adding that more openings are scheduled from the end of 2021.