The new materials collection will be showcased in an ad campaign titled “Never Hide What You’re Made Of.” 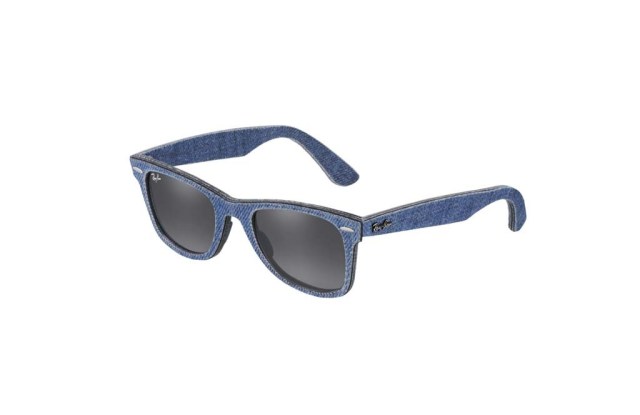 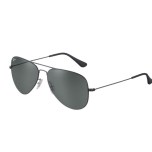 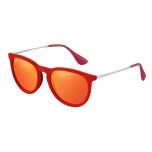 NEW YORK — Ray-Ban is giving some classic styles a makeover. For summer, the eyewear brand is reimagining its most iconic styles in new materials.

“The base of the Ray-Ban philosophy is remaining loyal to its history of design, but continuing to imagine a different future,” said Fabio d’Angelantonio, Luxottica’s chief marketing officer and head of retail. Luxottica owns Ray-Ban.

The brand’s popular Wayfarer style will take on denim, done in four to five layers of the material and hand-finished for a raw-edge effect. The classic style will also be available in black and brown calf leather, as well as a new camouflage print design done in six color combinations. Outside of the Wayfarer arena, the Erika frame will incorporate screen-printed velvet, offered in bright hues of blue, red, purple and yellow, as well as black. The iconic Aviator style will be done in laser-cut steel, as well as several new flash frame options. Optical will also feature new materials, with a simple Light Way Hinge frame done in 100 percent titanium alloy, and the Clubmaster frame in black, bronze, silver and gunmetal aluminum.

The new materials collection will be showcased in an ad campaign titled “Never Hide What You’re Made Of,” which will feature individual ads for each of the eight materials. The ads, shot in Los Angeles and New York by Mark Seliger, pair images of the frames with corresponding slogans such as “Tough as Leather,” “Resistant as Aluminum” and “Smooth as Velvet.”

The materials collection will make its debut tonight at a party hosted by the brand, titled “District 1937.” The event, which will take place at SIR Stage37 in Hell’s Kitchen, is named for the Garment District, as well as for the year Ray-Ban was founded. The event will display artwork inspired by the materials used — etched-leather canvases by Mark Evans, kinetic steel sculptures by Anne Lilly and denim portraits by Ian Berry are among the pieces to be displayed. Berry, a Sweden-based denim artist who goes by the moniker Denimu, will also introduce a specially commissioned portrait of Blondie’s Debbie Harry. Blondie, along with indie pop duo MS MR, will perform at the event.

The collection, which ranges from $135 to $300, will roll out through the summer, beginning with the leather and velvet frames in early June.