By Lauren Benet Stephenson on May 12, 2010
View Slideshow 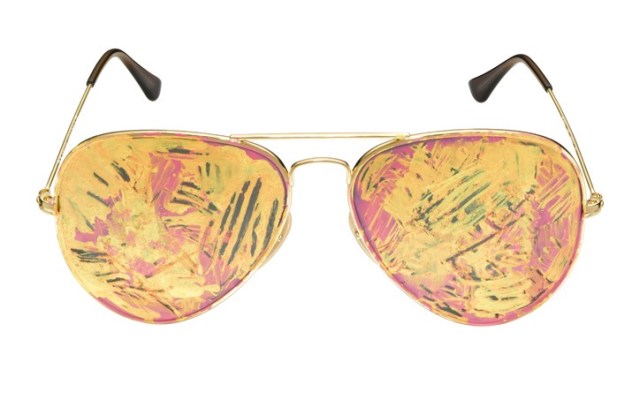 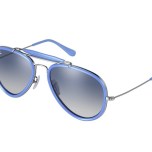 “The goal is to establish once again the edginess of the brand, and continue a constant dialogue with our consumers,” said Sara Beneventi, global brand manager for Ray-Ban. “Lifestyle trends continue to take [inspiration] from old looks [and] 2010, more than ever, is the right year to relaunch the Aviator.”

The Metal Glide and Road Spirit will offer frame colors such as blue, red, yellow and fuchsia. The Tech lenses consist of a new carbon fiber, the Titanium is crafted of milled titanium and the Ultra Gold features a mix of titanium, beta-titanium and gold.

The collections will retail from $139 for the classic Aviator to $495 for the Ultra Gold collection, and will be available in the U.S. in June.

“There has been a total revision of shape, material and colors,” Beneventi said. “The Aviator exemplifies all the edginess of the brand. It’s a perfect summary of how we see Ray-Ban.”

The brand gave similar treatment to the Wayfarer frame — red and white frames were introduced — in 2006 and to the Clubmaster, which was relaunched two years later with seven additional colors.

The collections will be celebrated tonight during a concert at the Music Hall of Williamsburg in Brooklyn, headlined by Iggy & the Stooges and featuring The Virgins and Free Energy.

“We tried to partner with bands that are in line with Ray-Ban values…Iggy Pop is considered an icon in the rock music world, as we consider our Aviator an icon in the eyewear world,” Beneventi said.

The concert will be followed by a similar event in London on May 26 featuring the New York Dolls, the Plastiscines, The Big Pink and We Are Scientists.

The musicians have also decorated the lenses of Aviators in a collaboration with Ray-Ban. The results range from scribbles to sketches and will be on display at the Brooklyn concert and in select retail doors, but will not be available for sale.