The market needs to catch up with the technology. 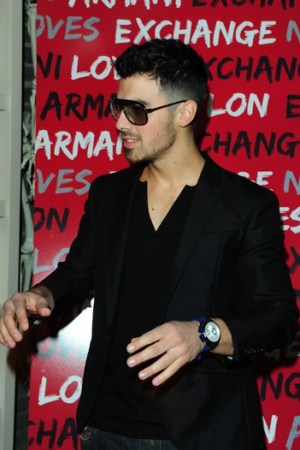 Brands are unveiling 3-D eyewear for spring, but so far the supply might be greater than the demand.

Firms including Gucci, A|X Armani Exchange, Converse, Calvin Klein, Nautica and Oakley introduced 3-D eyewear late last year with plans for additional styles this year, but the technology the glasses use is still in its infancy for use in the home.

There are two types of 3-D technology — passive and active, which is the current platform for 3-D viewing. This means that electronics in the glasses sync to the TV, but caveats such as cost, heavy frames and platform specificity make eyewear for this medium less consumer friendly, according to Scott Smith, category director for 3-D optics at Oakley. For example, the owner of an active 3-D Samsung TV can only watch with glasses specific to that model. Passive glasses have no electronics in the glasses and can be made inexpensively, which is why fashion brands opted for this technology. Passive glasses are also the ones used in movie theaters.

The problem is there are very few 3-D TVs on the market now, and these are extremely expensive. More manufacturers are expected to launch passive 3-D TVs later this year, but even then it will take some time for a critical mass of sales to build, especially since there are only a handful of 3-D channels at the moment. The development of 3-D appears to be similar to the growth of the HD or flat-screen TV markets. Even 3-D movies have had checkered success, with the most popular being the likes of “Avatar,” “Toy Story 3” and “Tron: Legacy,” rather than straightforward dramas or comedies.

Higher manufacturing costs might hinder sales initially, admitted Smith, but he believes the market will see slow, steady growth this year and will actively start to take shape in 2012.

“It’s taking people a while to jump into it. The early adopters have jumped on the technology really quickly,” Smith said, adding that the big factor in driving 3-D eyewear sales is how much 3-D content is readily available in homes. “As more content comes available and people interact with it more, it will become more prevalent in the home. It will just take a little while for the consumer to become more familiar with the technology. It’s just a matter of time.” For example, Marchon Eyewear has inked a global licensing agreement with passive 3-D technology provider RealD Inc. for sales of the just-launched Marchon3D. The patented frames, including styles from Calvin Klein and Nautica, retail from $99 to $300.

“The new technology that’s being introduced is passive and it’s being introduced to the market in televisions as well as computers,” said Hannah Sarbin, vice president of new business development at Marchon Eyewear. “Our grandparents saw movies in black and white, we watch movies in HD and my nieces and nephews, in 3-D. This is the new realm.”

Oakley is another brand that’s already utilizing this concept, and all its 3-D offerings are compatible with RealD’s passive 3-D technology. The brand released its $120 3-D glasses in November, including a limited edition “Tron: Legacy”-specific style that sold through the weeks surrounding the movie’s premiere.

A|X Armani Exchange launched passive 3-D sunglasses in December for the holiday season, and the brand’s fall advertising campaign specifically used 3-D imagery to tie in with the debut of its unisex navigator frames, comprising gray plastic and black metal temples. The $58 glasses are intended for movie theater use only and will be available in stores through the summer.

Gucci also unveiled unisex passive 3-D eyewear at the same time — a $225 aviator-style frame with signature red-and-green-striped detailing along the brow bar and temples of the frame, and Converse isn’t far behind. It’s introducing a $59 limited edition glow-in-the-dark pair.

“It’s absolutely clear that passive glasses are more convenient,” said Vincent Teulade, a director at PWC with a focus in telecom media and technology. “The only thing is that passive TV screens are more expensive. You need to put a polar film on the TV and it’s a sophisticated process. It’s more costly than an active 3-D system.”

The biggest draw for passive technology eyewear is it will work on any brand of TV and in most 3-D movie theaters.

However, it might take a bit longer for smaller eyewear companies to develop their own styles of 3-D frames.

“We are very excited about the explosion of 3-D, but the reality is that current technology is controlled by a few companies and we’re too small to buy a license,” said Matthew Waldman, founder and chief creative officer of eyewear brand Nooka.