Sunglasses have achieved high-visibility status as designers and companies jump into the category. 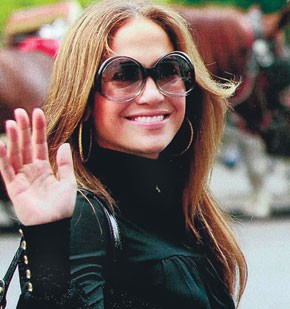 Sunglasses have achieved high-visibility status as designers and companies jump into the category.

This year alone Pucci, Jimmy Choo, Balenciaga, Proenza Schouler, Karl Lagerfeld and Tiffany have entered the category, teaming with licensees such as Marchon, Luxottica and Safilo to position themselves as lifestyle brands.

Industry insiders said eyewear’s retail profile has been rising for years and shows no sign of crashing, despite an uneven recent history.

“There was great growth through the 1990s,” said Henry Lane, chair of market research of the Sunglass Association of America. “Consumer confidence was up, people were shopping at retail and there were a multitude of stores selling sunglasses at different price points. Then, in 2000, as the economy slowed down and consumer confidence was challenged, there was a lull. In the last three years, the sunglass industry has grown significant again.”

Frames retailing for less than $30 account for 90 percent of units sold, but make up less than half the dollars spent. The remaining 11 million pairs sold in excess of $30 represent 56 percent of the business.

Given consumers’ focus on luxury, the eyewear category might challenge handbags on the status pedestal. Aspirational customers can gain buy into their favorite brands starting at around $150, while the superrich can choose an 18-karat gold frame from Cartier or a one-of-a-kind, diamond-studded style from Chrome Hearts that start in the thousands of dollars.

“It’s become a polarized world,” Lane said. “You’re either buying sunglasses for $10 or $150. The middle ground has never been a key part of the industry.”

It’s easy to see why brands get involved in eyewear. By selling one more category within a multibrand retailer, a brand not only gains visibility but can meet an entirely new customer. Companies also are hoping that sunglasses will do the business that bags and shoes have done in recent years.

“Many designers we work with — Chloé, Lanvin, Proenza [Schouler] — they look at sunwear and eyewear opportunities as a global expansion for their brand and a way to achieve a more coherent look,” said Stephen Rappoport, president of licensing firm L’Amy America. “They’re also looking at the fact that, in some accessories businesses, it’s really sunwear that’s driving the demand for the brand overall. We’ll see that in the next few years for sure.”

Between images of Mischa Barton donning her red Ray-Ban wayfarers and Jennifer Lopez in her blue Balenciagas, it’s no wonder companies enjoy the level of media attention sunwear is garnering. Marchon chief executive officer Al Berg said a particular brand’s venture into eyewear might not make money, but the level of exposure is payback.

“The product looks great on the runway and in the press,” Berg said. “It’s also spectacular for image creation. Most licensors have their own stores or counter areas where product categories can be placed, so it rounds out the image and presentation of the brand even if it might not produce significant sales. But it’s totally logical to do it.”

The markup alone may be worth the investment.

“Most of the cost has to do with [the] lens, hardware for the closure and materials that go into the frame itself,” said Marshal Cohen, chief industry analyst at the NPD Group research firm based in Port Washington, N.Y. “The markups on sunglasses are especially high.”

Cohen, however, pointed out that a good markup does not necessarily boost the bottom line. The turnover on glasses is quick, and frames are constantly reinvented and reinvested. For every good style, there might be three bad ones, which retailers mark down and push aside.

Either way, consumers are appreciating the category’s increasing variety.

“Eyewear is a very visible fashion accessory,” said Pierre Fay, Luxottica’s executive vice president for North America. “It easily embodies the sense of brand, the logo is very visible and the design can be associated with a brand philosophy. It’s also right on the face of the wearer. It’s very powerful yet at an affordable entry price point.”

“The sunglass protects the eyes, which is a nice thing,” Leight said. “You hear more and more about ultraviolet rays, how harmful they are.”

Given the fanfare surrounding eyewear, the industry is changing. For one, technology has become as important as style. Where polarized lenses were once the height of UV protection, photochromic lenses — a chemical-fused lens whose color changes to adjust to UV light — are now the choice to beat. In terms of materials, consumers are scouting out titanium for its higher durability and flexibility.

The market also allows customers more fashion choices than ever. A multitude of styles in a range of price points crowd retail floors, from customized diamond frames to oversize plastics.

At Bergdorf Goodman, customers can design their own frames or purchase a $6,000 pair of Oliver Peoples sunglasses decorated with precious stones that are exclusive to the store.

“It has been explosive,” said Ed Burstell, senior vice president and general merchandise manager of beauty, jewelry and accessories for Bergdorf’s. “Our customer has responded to this very large designer offering we have. The trends come and go, but the business is resilient in that the customer embraces every new trend. Is everything big? Yes. Vintage-inspired? Yes. They’ve created this cyclical desire the same way you’d create for new [ready-to-wear] product every season.”

More shoppers have begun to build eyewear wardrobes, no longer limiting themselves to a single pair.

Retail floors are lauding eyewear as a premier accessory by creating new merchandising strategies. Sunglasses were once displayed only during summer months, making way for gloves and scarves come fall. Now they are a significant year-round offering. Some stores also are experimenting with an “open sale” policy, where eyewear is no longer under lock and key in a case, but available for customers to try on.

Bergdorf’s has been increasing eyewear space over the last several seasons on its main floor, fitting in as much product as possible, Burstell said. The specialty store even added some eyewear on its more contemporary fifth floor in its recently updated accessories department. Burstell said the additional placement will attract a different customer.

Perhaps the most telling new retail environment is Ilori, a new, lavish boutique chain owned by Luxottica that opened in June in New York’s SoHo neighborhood. One hundred to 150 locations are expected to bow in the next two years on prestigious streets and in shopping plazas in the U.S.

More than 40 brands line the store, merchandised in an open-sell format. The sales help is hip and knowledgeable and encourages customers to freely try on and walk around with some of the most original, hard-to-come-by styles on the market.

“People are shopping uniquely,” said Michael Hanson, Ilori vice president and general manager. “Our consumer wants what they see out there in publications and it’s based on uniqueness. It’s about having a wide array of materials, technologies, avant-garde styles in a unique environment. We treat product as a special treasure, as though it’s in a gallery. We give it the space it deserves and believe that it’s the best way to give a product presence.”

Ilori also represents another marked change in the eyewear market, that of licensee-dominated retailing. In the last five to 10 years, the licensee industry has grown by aligning with rtw designers and by buying independent brands and opening company-owned stores all over the world. The biggest player in the group, Luxottica, owns close to 6,000 points of sale globally — including Sunglass Hut and LensCrafters — 5,000 of which operate in North America. Safilo owns more than 100 Solstice stores throughout the U.S.

Sunglasses also can be found in most companies’ signature stores lining such shopping streets as Rodeo Drive and Fifth Avenue. This retail method doesn’t leave much room for the little guys.

“Some people are not happy with the current state of optical stores,” said Sama designer Sheila Vance. “These big [fashion] houses open a major, wonderful operation themselves and the little, independent optical stores are not powerful enough to stand on their feet. But the cycle dictates this has to happen. Look how it happened in rtw.”

Luxottica’s Fay said the brand’s retail presence is a positive for the entire industry as it elevates the category as a whole. Vance also points out that, while independent eyewear retailers face challenges, it’s never been a more crucial time for independent designers to work with those stores.

“The market needs designers more than they need customers,” Vance said. “We need good designers to join forces with independent retailers, which will help their business.”

Robert Marc, who has been designing eyewear for 20 years, said being independent has given him a leg up in the market for those customers looking for something special.

“People are finding that a lot of brands distributed by a handful of companies have a sameness to them, with differentiation only in the logo and branding,” Marc said. “We’re using exclusive materials, a different execution and great attention to detail and quality.”