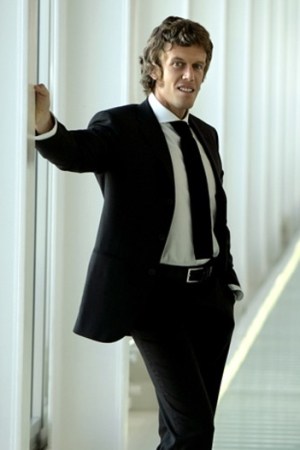 With a mechanical engineering degree in his pocket and Work stints at his family’s company, Massimiliano Tabacchi felt the urge to cut his teeth in a high-profile multinational corporation before becoming a third-generation Safilo manager.

So the eldest of Vittorio Tabacchi’s two children joined otis, a global leader in the elevator sector, with the intention of broadening his horizons and honing his entrepreneurial skills on various fronts.

The younger Tabacchi, now 38, muses over the experience, which gave him insight on research, development, cost efficiency and streamlining production. He has also taken inspiration from other international companies to help refine the structure and culture of Safilo.

In 2001, Tabacchi relocated to Padua from Cernusco sul Naviglio, a Milan suburb where Otis Italia is headquartered, and became chief operating officer at Safilo. He is currently executive vice chairman and a board member.

Citing toyota as an inspiring example of competence and slim organization, Tabacchi said he tried to adapt that model to a Western culture and to a company that churns out fashion-driven products.

“My dad has always been very attentive to technical innovation because we work in fashion and we need technology to guarantee price, quality, design, service to ophthalmic stores and  safety for our workers,” said Tabacchi.

Safilo’s production combines the use of high-tech machinery and manual labor that annually churns out millions of frames.

The eyewear giant boasts a research division with a team of 34 that travels around the world, mining other sectors — particularly the auto and watch industries — for ideas. The team studies new materials, surfaces, processing systems and technical solutions. Last year, 10 new patents were registered.

One of the most revolutionary patents for the industry came in the seventies. The Elasta is an elastic hinge that opens outward and allows prescription glasses to maintain their shape, thus keeping their focal point unaltered. Another invention was the double strata lens, applied to ski goggles, to prevent them from fogging up.

The largest facility is the one in Santa Maria di Sala, near Venice, with 705 employees.

There, in a relatively quiet and comfortable environment, workers maneuver industrial machines under overhead fluorescent lighting. They painstakingly assemble frames that require between 40 and 100 steps to be readied and pour on the glitz via crystal motifs, studs, quirky colors and logos.

The logistics department at the Padua headquarters is one of the most advanced in Europe, boasting special software developed in house.

A multilevel maze of conveyor belts transports up to 100,000 packaged frames a day, which are deposited into labeled boxes ready for shipment. an automated trolley with arms rolls back and forth along narrow hallways, neatly replenishing the shelves with new styles.

Besides metal and titanium, Tabacchi explained that plastic frames are obtained in three ways: By perforating and assembling layers of acetate; by injecting hot plastic in metal molds, and by slowly pouring noble resin into molds to obtain Optyl.

Optyl’s special coloring, transparency and lightness make it a boon in the production of sports eyewear, which Tabacchi, an avid sportsman — he skis, Jet skis, skydives and scuba dives — regularly tests with Carrera’s sportif chic styles.

Another lesson he treasures from his Otis experience is what he calls the “American approach to human resources.” This includes generally instilling a team spirit at the company, and initiating employee perks, like special study programs for the children of workers on a budget.