The Olsens Branch Into Eyewear

Elizabeth and James, the Olsens' contemporary line, will launch a sunglass collection in November. 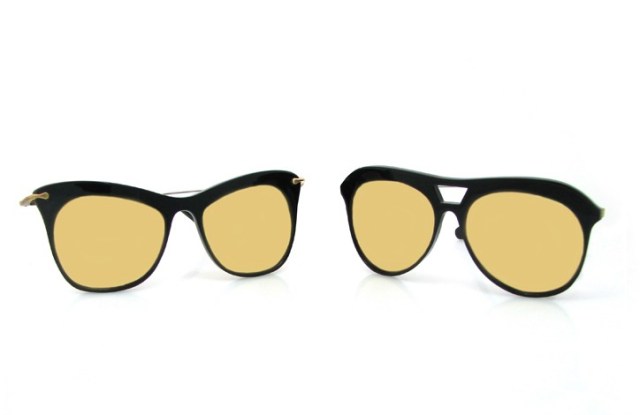 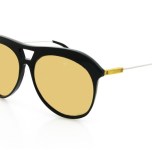 Mary-Kate and Ashley Olsen are extending their reach into eyewear.

Elizabeth and James, the Olsens’ contemporary sportswear line, will launch a sunglass collection in November designed in a collaboration with Hong Kong-based Absolute Black Design.

Creative director Jo Black’s team of 14 designers crafted two looks, Hudson and Fairfax, both made of acetate, high-nickel and stainless steel, with oversize black frames. Hudson is intended to be a variation of the classic aviator shape, and Fairfax is inspired by a cat-eye silhouette.

The eyewear line, priced $155 to $265, will be sold alongside Elizabeth and James apparel in 650 doors worldwide, including Neiman Marcus, Bergdorf Goodman and Harvey Nichols. A limited edition version of the Hudson and Fairfax, with 24 karat-gold-coated lenses, will retail for $425 at select doors.

More frames are in the works and a more extensive eyewear collection will roll-out in spring 2011.

The move into eyewear comes after Elizabeth and James, which launched in 2007, began offering jewelry in 2008 and footwear in 2009.

The Olsens chose Absolute Black Design to create the line because “they understood Elizabeth and James and the product…it felt right,” said Jill Collage, president of Dualstar Entertainment, Elizabeth and James’ parent company. In addition, “They have strong relationships in the international market.”

The Olsens and Black were on opposite ends of the globe for most of the collaboration, a gap they were able to breach thanks to frequent meetings over Skype. “To actually speak to designers that know their brand and know what good eyewear looks like…it drives great design,” explained Black.

Ultimately, “it came down to the language of design, and they had a great grasp of it.”

The result is a fiercely modern look. Black and Collage said the aim was to offer stylish eyewear at an affordable price, a market which they feel is underserved.

Collage hinted that both handbags and stand-alone retail boutiques were being considered for Elizabeth and James in the next 18 to 24 months.