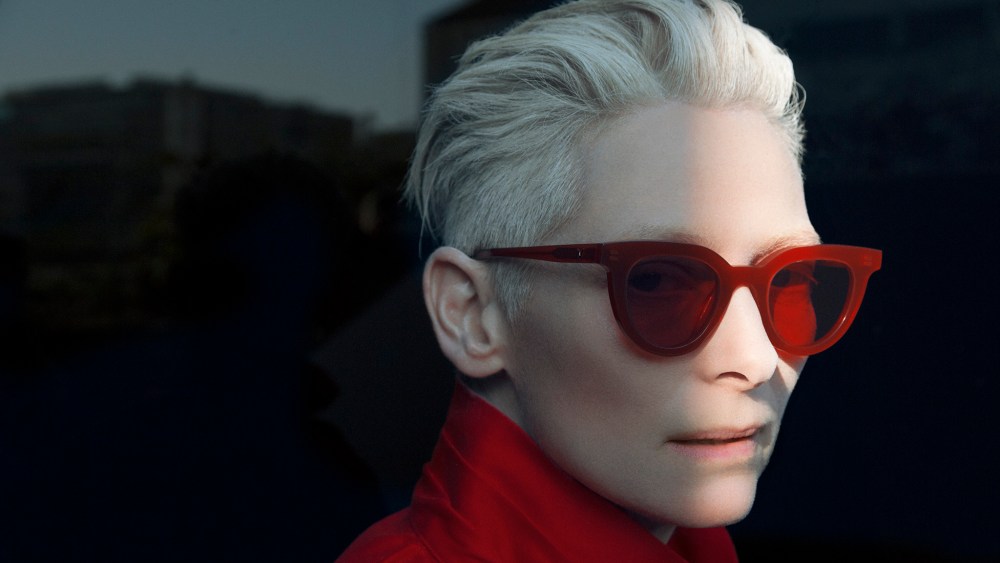 Tilda Swinton is lending her distinct taste to eyewear.

The actress has teamed with Korean eyewear brand Gentle Monster on a sunglasses collection.

The three styles — all striking silhouettes — will retail from $250 to $286. They will hit stores including Colette, Net-a-porter and Saks Fifth Avenue on March 1.

To mark the collection, Swinton has also capitalized on her cinematic skills. She’s teamed with Erik Madigan Heck on images and a short film featuring the glasses. The film, called “The Endgame,” is loosely inspired by Ingmar Bergman’s film “The Seventh Seal.” In the video, Swinton challenges herself to a fencing duel.

Swinton was unavailable to comment on the collection and video, as she is currently on set filming.

Next year, Swinton’s voice is set to costar in Wes Anderson’s new stop-motion film “Isle of Dogs” along with the voices of Anderson regulars including Bill Murray, Edward Norton and Bob Balaban. It will also include Tokyo scene fixture Kunichi Nomura — co-owner, with Luli Shioi, of hip American-style café The Breakfast Club.

The actress is no stranger to fashion, and counts designers Haider Ackermann and Raf Simons as friends. She has previously collaborated with brands including Dior on promotional video campaigns.