From licensing giants such as Safilo and Luxottica to boutique labels such as Sama and Oliver Peoples, more than 1,100 brands exhibited at the annual show. 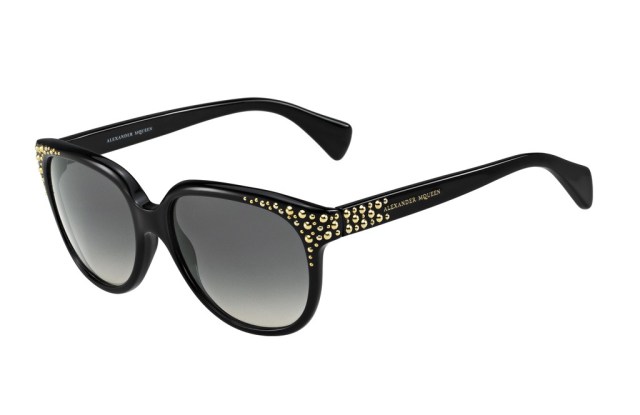 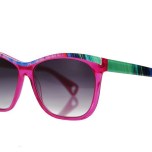 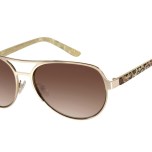 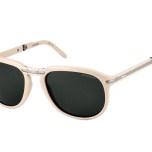 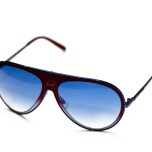 LAS VEGAS — The future is looking bright for designer sunglasses.

Among the 2013 trends eyewear makers previewed at International Vision Expo West at the Sands Expo and Venetian Resort: transparent color, animal motifs and the return of metal frames.

From licensing giants such as Safilo, Marchon and Luxottica to boutique labels such as Sama and Oliver Peoples, more than 1,100 brands exhibited at the annual show, whose spring installment takes place in New York March 15 to 17 at the Javits Center.

While economic uncertainty still tempers the retail climate, sales of sunglasses retailing from $125 to $450 and above have stayed steady.

“People are more consumed by what’s going on in November than what boots to buy for fall, but things are going well,” said Mark Ginsberg, senior vice president of global marketing at Marchon. “We’re bullish about the remainder of the year and investing more in new brands.”

Other large firms with accessible and designer-level licenses, such as Safilo, sought to cover all price points.
“Our strong and diverse portfolio of brands, collectively featuring a broad spectrum of price points and style options, puts us in a position to offer customers a range of options in the face of economic uncertainty,” said Ross Brownlee, chief operating officer, Safilo Americas.

“My impression is that the industry is faring pretty well and the confidence barometer is on the rise,” said Milena Cavicchioli, Luxottica’s vice president of marketing.

“There’s a growing interest in premium eyewear, and customers are ready to pay the additional dollar for a unique style.”

Throughout the designer licenses, companies sought to further incorporate hallmarks of ready-to-wear into eyewear frames. At Dior, the newest collections mimicked fabrics either in texture or pattern, from acetate frames featuring etching for taffeta or colorblocking for herringbone flannel. Alexander McQueen frames featured round studs, Gucci had a new metal take on the chain link temple and Marc Jacobs featured oversize dots. Michael Kors’ pyramid-stud-adorned frames and Swarovski crystals abounded in their own line and in styles by Judith Leiber, Prada and Ferragamo.

In acetate frames, modified and exaggerated cat eyes were the most popular shape, while key colors included champagne, blush and green. While plastics featured more advanced color treatments such as layering, transparency and lamination, metal frames were taking hold among more fashion-forward brands.
At Sama Eyewear, founder and designer Sheila Vance segued from ultrathin titanium and plastic combo frames to all metal frames in bold and delicate shapes.

“Metal requires more design and is more expensive to make, while plastic tends to advance with color. Fashion moves on, expensive or not. It’s our job to take it to the next level,” said Vance.

Vintage elements were also trending in metal frames, such as enamel treatments and laser-etched retro motifs. Leisure Society, founded by eyewear guru Shane Baum, incorporated buffalo horn, gold-plated titanium and diamonds into its frames, which retail up to $1,250.

Said Cavicchioli of the trends, “It’s been a turning-point year, because trends that had been lagging for a few years are now gaining traction.”