Travels Through the History of Eyewear

Long before private detectives, bugs and cell phones, jealous lovers could rely on a pair of special glasses to spy on their beloved’s movements. 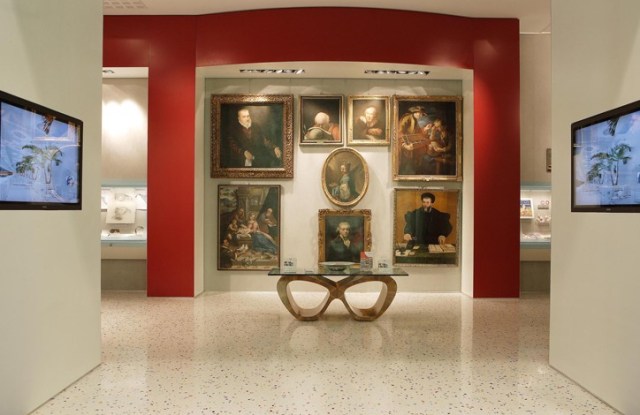 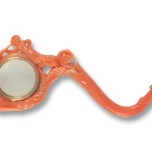 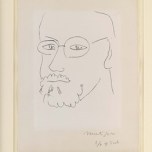 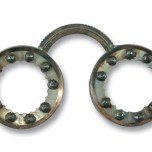 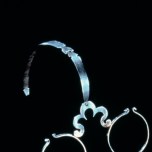 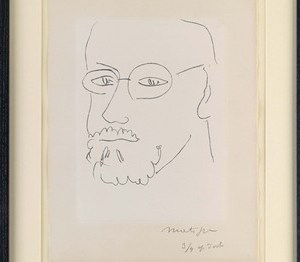 A lithography of a self-portrait by a bespectacled Henri Matisse, 1948. 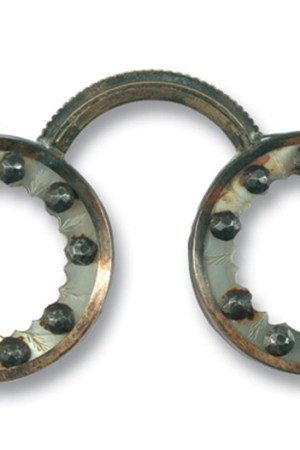 Copper and mother of pearl pince-nez from the 1600s.

Long before private detectives, bugs and cell phones, jealous lovers could rely on a pair of special glasses to spy on their beloved’s movements.

In the 18th century, for example, the “lunettes de jalousie,” or jealousy spyglasses, were much coveted, as they allowed the wearer to look sideways while feigning to look straight ahead, all the better to secretly watch over one’s partner. They were especially popular among theatergoers, who would rather observe a budding romance or signs of infidelity in neighboring boxes than sit through the opera.

These frames, plus dozens more dating from the 14th century to the present, are showcased in
the Galleria Guglielmo Tabacchi, a 4,320-squarefoot wing in Safilo’s Padua, Italy, headquarters that is open to the public.

The gallery was established in 1996, but recently tripled in size and is now perhaps the
largest and most documented eyewear collection in the world. Its historic pieces recount Safilo’s evolution and that of the Cadore region, where the manufacturer is headquartered, as a global leader in eyewear production.

Named after Safilo’s founder, the museum is an eye-opening experience for visitors, who are
transported through the centuries by the frames, antique paintings, prints and books avidly collected by Vittorio Tabacchi, chairman of the company and Guglielmo’s son, over five decades. They pinpoint the evolution of eyewear since the first optical devices were created in the 1300s by Venetian glassmakers.

The exhibit spans from pincenez to military goggles to the heavily logoed shades of today. Among the highlights are:

• A rare pair of chiseled silver spectacles from the 16th century.

• The wig spectacles that belonged to Milan’s Archinto family in 1575.

• Ornate long- and short-handled lorgnettes in tortoiseshell, gold and mother-of-pearl, particularly fashionable in France in the 19th century.

• Sports items such as Carerra ski helmets and googles from the Seventies to the Nineties worn by ski champions Alberto Tomba, Anja Paerson, Hermann Maier and others.

Exhibits explain the evolution of eyewear, such as how pince-nez, once precariously clipped to the nose, morphed into more stable wig glasses, thanks to a long metal arm extending from the bridge over the head and under the wig, or how in 1728 English optician Edward Scarlett applied the first arms to glasses that pressed on the temples — the same component that today features bold bling and big logos to mark status brands.

“We found a wealth of material from the 17th and 18th centuries,” said Samantha Tabacchi, international corporate communications and identity director for Safilo, and Vittorio’s daughter, noting that these eras’ artifacts were the best preserved.

The gallery features much more than just frames. There are also five-century-old paintings featuring glasses of any form, as well as colorful prints, a volume called “La Dioptrique Oculaire,” dated 1678, by Chérubim d’Orléans, telescopes and even a leather case with colored glass eyes and creepy surgical utensils used to extract them from the eye socket.

Another section is dedicated to protective gear, from glasses with slits used during expeditions to the North and South Poles to goggles with special gratings that shielded the eyes during WWII.

Samantha Tabacchi is particularly fascinated by the masks made from fabric and glass used by the members of the Free Masons, a fraternal organization that was founded in the late 16th century, during their initiation ceremonies.

“I think this gallery is more than a museum because it transmits my father’s lifelong passion for eyewear,” said Samantha Tabacchi. “He started collecting glasses when he was very young, and today all his collaborators [including Samantha], whether on their honeymoon, on vacation or away for work, look out for antique frames because his passion is contagious.”

Vittorio Tabacchi said his penchant for collecting started early on when he began “stealing bits and pieces inside the house. I would hide the things that I felt were valuable, old stuff that belonged to my grandparents, my father’s balance sheets, unused frames — otherwise they would have been thrown out,” he said. “As I grew older and my [circumstances] changed, I started to buy at auctions and at flea markets.”

For the museum expansion, the Tabacchis turned to architect Alessandro Mendini, designer of the original gallery and known for other projects like the Groninger Museum in Holland and the Paradise Tower in Hiroshima. The space was officially inaugurated last month during an event featuring a string of Italian personalities, including Italian Minister of Culture Sandro Bondi.

Never intimidating, the space is divided in small rooms and alcoves. The gallery has white walls, exclusive stone floors with colored flecks obtained from old frames, touches of red and green glass showcases.

“Everyone has a dream, and this is one of mine,” said Vittorio Tabacchi of the museum. “I love antique pieces because they tell a story and have a taste of continuity. This place testifies the evolution of making eyewear.”