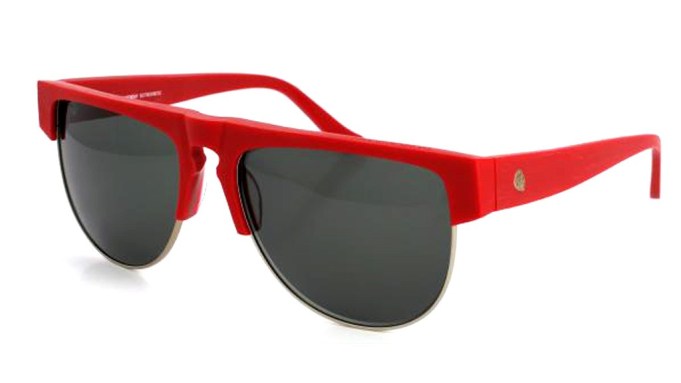 “The year 2012 is becoming a challenge and it’s necessary to focus on those areas which were not affected by the crisis,” said Safilo chief executive officer Roberto Vedovotto. “Asia, which is outperforming [the rest of the world], currently represents an extremely important market for us.”

Vedovotto noted that Safilo is developing the distribution of sunglasses with Chinese and Asian fits in stores across Europe and the U.S. as well, to satisfy the needs of tourists — who are key consumers of luxury goods.

Marcolin Group is looking East, too, with a focus on developing specific products for the Asian market.
“Now we have to take all the advantages coming from the global market,” said Marcolin Group ceo and general manager Giovanni Zoppas. “Europe is suffering, but we have to react, keeping in mind that it’s currently impossible to generate profits without considering expansion in the Far East and South America.”

“We have incredibly high growth rates and we are performing very well everywhere, even if the situation is more difficult in the Mediterranean area, including Greece, Portugal and Italy,” added Nicola Zotta, Marchon vice president and managing director for the EMEA (Europe, Middle East and Africa) region.

At Mido, Marchon introduced new Valentino and Salvatore Ferragamo collections, along with a new Nine West line, which, for the moment, will be distributed only in the U.S.

“The acquisition of both the Valentino and Salvatore Ferragamo licenses adds credibility to our company, enriching our portfolio with two brands with a strong Italian heritage,” said Zotta. “They are established labels, but they are also both focused on the future and have a strong appeal in emerging markets, such as China, Brazil and the Middle East.”

To keep going global, Marchon also signed a licensing agreement with Chloé to manufacture and distribute the French brand’s sun and ophthalmic lines this year.

The American designer created a Fifties-inspired optical eyewear capsule in water buffalo horn with gold-plated details, which will retail at $2,950.

“Balenciaga is a sort of club, where customers have a strong, personal relationship with the brand,” said style and licensing officer Maurizio Marcolin. “It’s a great challenge to interpret its DNA and deliver a product able to represent the label’s heritage.”

In addition, the company unveiled the first Diesel optical collection and launched its Web Eyewear wood line, including aviator styles in maple, teak and rosewood.

Safilo showcased its first collection for Celine, which signed a five-year licensing agreement with the eyewear company in November.

“We are trying to reorganize our portfolio of licensed brands focusing on those that are still relevant for us both in terms of volume and profitability,” Vedovotto said. “We consider Celine’s acquisition a safe bet, because the label has strong brand awareness and equity.”

At the fair, Safilo also said it finalized the acquisition of Polaroid. Vedovotto said this investment has “huge potential” and is part of Safilo’s plan to improve the importance of its own Carrera and Safilo brands, which account for 20 percent of its total business.

Luxottica highlighted one of its house brands, too, dedicating its stand to Persol, which showcased the new Capri edition collection.

Inspired by the Isle of Capri and in particular Casa Malaparte, a red, arrow-shaped villa designed by Italian architect Adalberto Libera around 1937 for journalist, writer and diplomat Curzio Malaparte, the line offers two styles, one for men and one for women, at prices starting at $310.

For summer, Italia Independent, which posted 80 percent growth in the first two months of 2012, introduced I-Mirror mirrored glasses: thermo-sensitive frames available in a range of solids that unveil a camouflage pattern when they reach a temperature of 98.6 degrees Fahrenheit. It also unveiled a range of photochromic lenses, called I-Chromic.

“We also worked with tattoo artist Mark Mahoney, who customized our sunglasses’ arms reproducing the skyline of the most important cities in the world,” said Italia Independent founder Lapo Elkann.

Italia Independent, which is gearing up to open a boutique in New York this year, also presented its in-store shop concept. It expects to open shops in 15 Italian independent opticians by June. The corners will carry T-shirts, helmets and carbon fiber bracelets, along with frames.

Mido registered a number of interesting international entries this season.

Japanese eyewear company Frency & Mercury made its Mido debut. Designer and founder Eque M. mixed Japanese craftsmanship with a Western taste to deliver a California and motorcycle-inspired collection of sunglasses and optical frames.

All the models, which feature visible screws as signature details, are handmade by Japanese artisans in the Fukui area, using only two-year-seasoned acetate, pure titanium and 18-karat gold or silver 925 for the metallic details.

“The business is going very well and we aim to get bigger in Europe,” said Frency & Mercury European distributor Gabriele Evangelisti. “Currently, the companies in the middle segment are suffering, not those guaranteeing luxury, high-tech products.”

Sophisticated technology is the main focus of PQ Eyewear, a new line designed by Ron Arad, which launched at Mido.

“I’ve approached eyewear as I do with architecture and interior design, trying to do something that wasn’t done before,” Arad said.

Handmade across Japan, France and England, the collection includes two advanced, high-tech frames. A-Frame features an A-shaped wire structure in the middle, allowing the user to move the lenses for a custom fit. Taking inspiration from animals’ vertebrae, “Corbs” features flexible arms for more comfortable and durable styles. Unlike most glasses, they don’t have screws, which usually have a tendency to loosen over time.

Swedish contemporary label Cheap Monday also showcased its eyewear line at Mido for the first time, unveiling its “Crude Collection,” consisting of 17 unisex frames, sold at about 150 euros, or $196, and treated to achieve a scraggy “crude” effect.