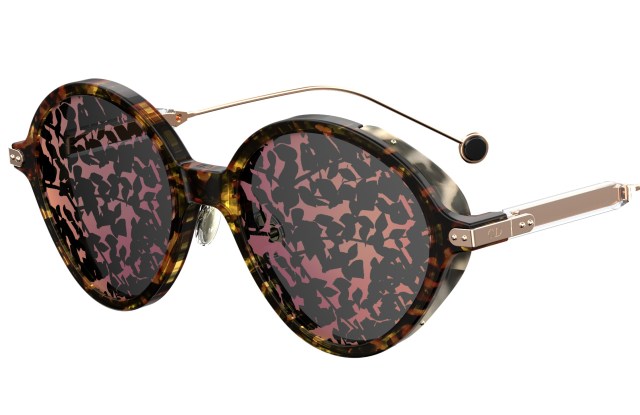 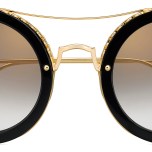 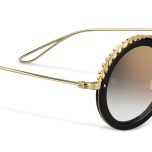 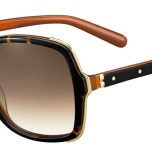 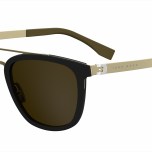 Change and dynamism continue to be key buzzwords for the eyewear industry, whose most recent major trade fair, Vision Expo West, wrapped at the Sands Expo in Las Vegas last month.

There, more than 2,000 brands exhibited optical and sunglass wares for opticians and buyers, and major companies such as  Luxottica, Safilo Group, Marchon and Marcolin took stock of the economic landscape not just on the West Coast but for North America, where a third of the branded eyewear business is done.

“For sure the uncertainty is out there and we are not immune to that,” said Fabrizio Uguzzoni, Luxottica’s president of North American wholesale, referring in part to the caution exercised by consumers during the election cycle. “It’s very different customer by customer and channel by channel, but we are lucky that eyewear is a growing segment so we are probably less impacted than other businesses.”

Luxottica and its peers like to tout their diverse brand portfolios and varying price categories, as a buffer to economic hard times; when there’s a slowdown in luxury, the mid-tier and mass market business swells.

But there’s still work to be done with regards to product development and innovation, distribution channels and cultivating new and existing territories. This season the fashion-driven sunglass category exhibited one of its highest levels of newness in color, shape and materials.

Trends such as vintage-looking frames, colored lenses and sculptural brow and temple shapes that were simmering last season came to a full boil for 2017. There was a prevalence in flat or rimless lenses, whether they were gradient, rainbow, mirrored or printed. The round John-Lennon-style vintage frames were supplanted by double-brow-bar or clip-on looks. The larger acetate frames made bolder statements combining metal, which was worked in new ways. Even the “subtle” fashion licenses utilized larger hinges and other hardware elements to take the place of logos.

With technology becoming more advanced and faster to market, performance brands such as Oakley and Nike were touting proprietary lenses and technology such as a talking Intel-enabled “coach” embedded in the temple at Oakley and a unified “wing” headpiece at Nike.

“Sunglasses I feel are an accessory that is under-penetrated in terms of market. Eighty percent of sunglasses in the U.S. market still are very low quality. I believe we can convert part of that 80 percent,” said Uguzzoni, citing contemporary-priced lifestyle brands such as Michael Kors and Tory Burch and new license Valentino.

For Fabrizio Gamberini, chief executive officer and general manager of Marcolin USA, the focus was on growth through redefined distribution, aided by its acquisition of Viva International two years ago.

“Growth will come not only from stability [the company renewed its marquee Tom Ford license through 2029 and cash cow Guess through 2025] but also the channels where we sell. For us, growth is not acquiring more brands or new product, it is adding distribution in a valued form. When you start to define distribution by brand and evaluate service, top accounts will get different service.”

He continued, “There are three buckets for us: North America, South America and Europe. Unfortunately, business here is a bit affected because of the lack of Brazilian consumers shopping in the southeast and southwest U.S. due to the exchange rate. There’s the election. The North America retail segment is flat to slightly negative. But Europe is doing heavy double-digit growth. I call Asia still an evolution.”

Among the other trends evident in Marcolin’s brands — apart from Ford and Guess there is also Balenciaga, Roberto Cavalli, Swarovski and Zegna — leather-wrapped frames and temples and special lens treatments such as a breath-activated Tom Ford logo on a Barberini lens.

Over at Marchon, new president Nicola Zotta, who took over when Claudio Gottardi retired this year, cited his priority as “leveraging the international footprint we’ve grown in the last few years and reaping all the great investments we’ve made.”

At the show Marchon launched it Columbia license, which brought the performance segment and distribution channels to a portfolio of brands that already includes Nike, Calvin Klein, Chloé, Marni, Etro and Ferragamo.

The investment made in the Rio de Janeiro Olympics with Nike — 3,000 athletes were outfitted with frames, 2,400 of them customized — paid off when the $1,200 Wing frame sold out in three hours, followed by the $400 version.

Zotta noted that the U.S. department stores, thought to be leaders in buying sunglass trends, have been asking for more entry price points in designer lines, underscoring the need to diversify even within a specific category. He called the West Coast region “extremely sensitive to design and fashion and one of the most dynamic regions from a fashion trend perspective.”

Zotta also noted a “premiumization trend,” saying, “The average price point for sunglasses in U.S. is one of the lowest, around $12. We have a great opportunity to educate the consumer on why they need to buy better glasses.”

Interestingly, Zotta also noted that Marchon’s business in China, which it entered with its own facilities in Shanghai two years ago, is steadily growing. “The middle market brands are growing fast, it is not just the luxury brands,” he said.

At Safilo, the focus was squarely on product, as the brand held elaborate presentations in a suite off the show floor. Henri Blomqvist, chief executive officer at Safilo North America, noted. “We are a product-centric, brand-led and design-inspired company with the aspiration to be the leading eyewear creator in the world. In the past two years we’ve invested heavily in product creation process.”

Among his goals are to increase in-house manufacturing to 70 percent from its traditional 30 percent, helped by a 63 million-euro investment in manufacturing platforms. “We can be quicker to react if we see an emerging trend. When it’s hot we want to get it out there, not four months later,” he said.

He called the North American market number one by far in size and potential, noting that Safilo has experienced low single-digit growth here in sun and optical across all channels. “We are not yet as strong as we would like to be in California and Texas, but we expect North America to be a driving pool for us, followed by Western Europe, then Central and Eastern Europe. The company sees India, the Middle East and Africa and emerging markets, with Asia more difficult.

Of the end of its Gucci license (the formation of Kering Eyewear will bring the cash cow brand in-house beginning in 2017), Blomqvist said, “Every license has a pre-defined divorce date. We are in full swing replacing Gucci with multiple brands. It is a huge brand that can’t be replaced with just one, so we have identified eight brands that will service the current Gucci consumer.” Among them are newer licenses like Fendi and Givenchy, though Blomqvist prefers to use the term “collaborations” to describe the working relationship with fashion brands. “There has to be a level of trust that you’ll create the best possible product. The biggest compliment I take from brands is when they say you don’t even have to see the logo to know what brand sunglass it is.”