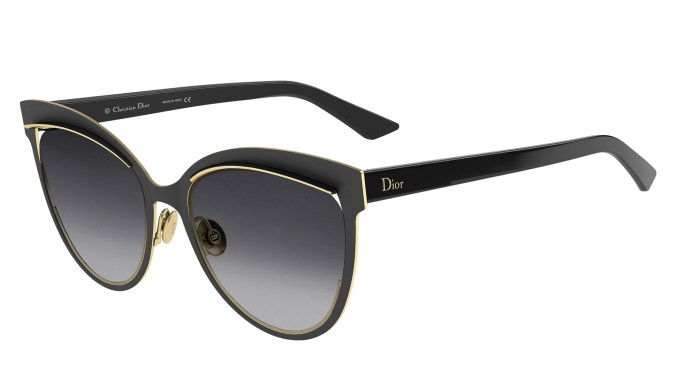 LAS VEGAS – Round and geometric frames, rimless and semi-rimless styles and metal and acetate combinations were the main trends at Vision Expo West here.

While the West Coast installment of the four-day trade show at Sands Expo, Venetian and Mandarin Oriental caters primarily to the optical trade, some of the largest players also use it as a platform to unveil 2016 styles and initiatives.

At Safilo, that included a push for in-house brands Carrera, Polaroid, Smith and Oxydo, which represent 20 percent of the business. “Our strategy aims to achieve a more balanced 40 to 45 percent versus our licensed brands,” said chief executive officer Luisa Delgado. “We aim to grow [proprietary brands] 15 percent year-over-year to double the business of Carrera and Smith and triple Polaroid sales by 2020.”

The house is also focused on diversifying product at various price points, from Juicy Couture to Dior. Next year, new licenses include Havaianas, Givenchy and Elie Saab.

Revo touted its Bono capsule collection launching in November. The singer, who is the spokesman for the Buy Vision Give Sight campaign, wears the $350 aviator in the ads. The brand, which turns 30 next year, touted silver and orange flash lenses as well as leather details and double brow bars for its 2016 collection.

At Luxottica, trends such as lighter lenses and softer colors could be seen in licensed product for Tory Burch, Michael Kors, Burberry and Coach while cash cow Ray-Ban was pushing round frames. “What has emerged for us is more clearly segmented markets — ultraluxury such as Chanel, Prada, Bulgari and Armani; pillar house brands such as Ray-Ban and Oakley, and American fashion pillars such as Michael Kors and Tory Burch,” said North American president of wholesale Holly Rush. “Ninety percent of the sunglass market is below $50 retail so these brands are a way to enter the more attainable channel.”

Luxottica also owns or has licenses for such niche companies and brands as Oliver Peoples, Alain Mikli, Stark and Paul Smith, which operate as a separate division and show in the more exclusive Venetian Tower Suites along with brands such as Sama and Linda Farrow. There, trends such as jewelry-like details, lace-patterned metal, pearl finishes, and lighter lenses were abundant. Even Judith Leiber, a brand known for its crystal-encrusted acetate frames, toned things down with rimless and semi-rimless titanium frames that had tinier bling on the temples.

Rush noted that in department stores, sunwear was still a largely untapped opportunity. “It has the potential to be a high-market, high-traffic channel, so we’re raising our game and trying to re-create the category with new shop concepts, digital integration and even shifting the supply chain to ensure more of the right product at the right time and that runway trends are reflected more quickly,” she said.

At Marchon, president and ceo Claudio Gottardi said as consumers embrace the editorial runway styles, the supply chain is becoming more nimble. He pointed to Chloé’s Carlina frame, a double-rimmed metal and acetate style, which was the top seller. The Isadora style is next season’s update. “Last year we would have thought it impossible to sell such a frame, but it sold out in two months, so this year I placed larger orders,” he said, noting, “We are at the tail end of the vintage/classic look and new trends such as large, sleek metal frames and geometric shapes are emerging.”

To give select customers a clearer idea of trends, Marcolin showed styles up to August 2016 in its suite at the Venetian Towers. “The main objective is to show the brands’ direction so stores feel confident investing in us. It’s helped us grow our North American business in a substantial way,” said ceo Fabrizio Gamberini. Of the 31 brands in Marcolin’s stable, Guess remains the number-one for under $100 while Tom Ford is the house’s luxury pillar, experiencing double-digit growth in sunwear and triple-digit growth in optical.

“We are not done yet with other opportunities,” he said. “We need fresh capital to play the game. That’s the reality.”

At newly formed Kering Eyewear, the approach was more focused on starting from scratch with product and distribution. “We don’t take a typical eyewear company approach or a typical licensor approach. It’s more of a luxury approach,” said Antonio Bortuzzo, head of Kering Eyewear Americas.

In product, brand signatures were incorporated subtly, such as Bottega Veneta’s interwoven leather texture carved into acetate frames and Alexander McQueen’s stud or Stella McCartney’s gold chain incorporated into temples. Some Boucheron and Bottega Veneta frames went as high in price as $1,310, though most frames were in the high $200 to $300 range.

Distribution, handled by 18 non-commissioned Kering employees, is tight — only 100 accounts in the U.S. and Canada and another 30 in Central and South America. In 2016, the plan is to open another 400 accounts for Saint Laurent, 140 for Alexander McQueen and Stella McCartney, 120 for Bottega Veneta and 30 for Boucheron. Kering’s existing eyewear brands are still very niche, but when it assumes control of the Gucci business next year, it plans to distribute the line in about 2,000 doors.

While Bortuzzo noted, “It’s still very difficult for independent brands to be successful in sun,” designers such as Blake Kuwahara, a 30-year industry veteran, are thriving with new lines.

“Our retail price points start at $600 but the market has been very accepting and is looking for well-made, wearable frames,” said Blake Kuwahara of his line, which showed at the Loft trade show.

Kuwahara was also part of a panel presented by the Eyewear Designers of the Council of Fashion Designers of America along with Christian Roth, Gai Gherardi, Robert Marc, Selima Salaun and Shane Baum. He said it was the responsibility of retailers to expose customers to new lines just as it was the responsibility of independent designers’ to create unique product. “To be everything to everyone, like a department store, is just not interesting,” said Kuwahara.

Salaun said she prefers buying new brands such as Coco & Breezy over selling her own, and Marc noted that the rise of online retailers has forced him to up his game. “We give customers a special experience in brick and mortar that you can never do online,” he said.